Producing hydrogen from zero- or low-carbon energy sources holds enormous potential for its use as a wide-scale energy carrier. To that end, the U.S. Department of Energy (DOE) developed Hydrogen at Scale, H2@Scale, a vision to enable affordable, large-scale hydrogen production, storage, distribution, and utilization to advance decarbonization efforts across multiple sectors.

Before hydrogen can realize its potential to change the energy infrastructure, the cost of producing hydrogen must become competitive. Producing low-carbon hydrogen from renewable and nuclear resources and from fossil sources with carbon capture and storage are more costly than today’s steam methane reformation of natural gas.  Another challenge is developing a large-scale hydrogen infrastructure to deliver it widely to various markets and end users.

As a proud H2@Scale partner, Argonne National Laboratory is leading the way in the modeling and analysis of affordable technologies for low-carbon hydrogen production and end use applications.

Argonne is working toward identifying pathways to meet DOE’s Hydrogen EarthShot (or Hydrogen Shot) target of clean hydrogen production at $1 per kilogram by 2030. Argonne scientists have developed unique modeling and analysis tools for reaching H2@Scale goals, including a suite of hydrogen life cycle analysis and infrastructure models to help evaluate the carbon intensity of hydrogen production and the economics of hydrogen delivery, storage and fueling.

H2@Scale has led to significant funding for hydrogen-related projects under the 2021 Bipartisan Infrastructure Law (BIL) including $8 billion for creating Regional Clean Hydrogen Hubs that produce clean hydrogen from multiple energy resources and $1 billion for a Clean Hydrogen Electrolysis Program.

Argonne continues to partner with DOE and industry stakeholders to evaluate clean hydrogen production technologies and end-use applications, with the goal of ensuring long-term sustainability and growth.

This article is part of Argonne’s ongoing ​“Hydrogen Highlights” series.

Argonne’s quest for lower-cost hydrogen at the pump

Argonne researchers are helping to lower the cost and increase the efficiency of pumping hydrogen at refueling stations.
May 10, 2022 | hydrogen highlight, hydrogen 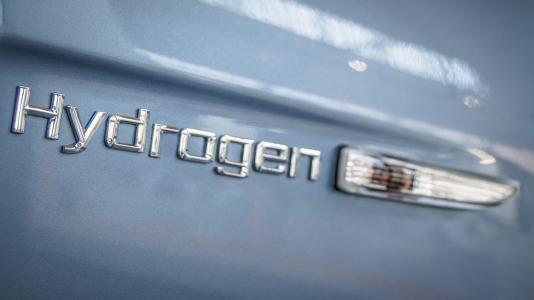 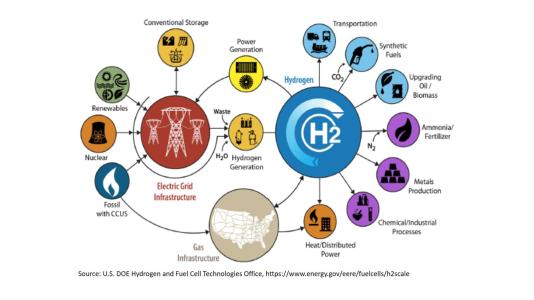