ARGONNE, Ill. – Proteins are involved in virtually every process in all living cells on the planet, be it a bacterium or yourself. In humans, antibodies defend against invading bacteria, viruses and other infectious agents. Insulin helps regulate how your body uses carbohydrates and fats. Lactase helps digest lactose from dairy products.

But scientists know the structures and functions of only a small fraction of the proteins in living systems. The vast majority remain a mystery. The backlog of uncharacterized proteins grows quickly every day as scientists continue to determine the genetic makeups of thousands of new organisms, using astonishingly efficient techniques of genome sequencing.

No X-ray facility in the world has supported more protein structure research and characterized more proteins than the Advanced Photon Source (APS) at the U.S. Department of Energy’s Argonne National Laboratory. Soon this 2/3-mile-in-circumference X-ray instrument will get a boost in efficiency that likely will translate into a big boon for the discovery of new pharmaceuticals and the control of genetic disorders and other diseases, as well as advancing the biotech industry.

The world’s first protein characterization research facility directly attached to a light source will open in the near future at the APS. The Advanced Protein Characterization Facility (APCF) will use state-of-the-art robotics for gene cloning, protein expression, protein purification and protein crystallization.

“The net result will be more protein structures analyzed per year, higher resolution structures and more research into protein function,” said Andrzej Joachimiak, an Argonne Distinguished Fellow who also is director of the Structural Biology Center’s (SBC’s) Sector 19 beamlines and the Midwest Center for Structural Genomics. ​“This facility has been designed to integrate systems biology and molecular biology with gene cloning, protein expression, protein purification, protein crystallization and crystal testing and delivery to the APS. There is nothing like this anywhere in the world right now.”

When a new protein structure is discovered and verified, the data are deposited in the Protein Data Bank repository to make it available to researchers around the world. For the last 11 consecutive years, the APS has been far and away the world leader in protein structure deposits. The APS has 14 beamlines dedicated to the study of protein crystals through a technique called macromolecular crystallography.

“Two Nobel Prizes for Chemistry were awarded in the past four years for APS-based research involving crystallography,” said Joachimiak, ​“One Nobel Prize was for research into the structure and function of ribosomes on SBC’s 19-ID beamline, and another was awarded in 2012 for studies of G-protein-coupled receptors at a GM/CA-CAT micro-focus beamline.”

Ribosomes make proteins in all living cells. Improved knowledge about bacterial ribosomes, for example, is speeding development of new antibiotics that combat bacterial infections by interfering with protein production. G-protein-coupled receptor (GPCR) proteins help cells stay in constant communication with each other, thereby facilitating resource sharing. When normal cells become cancerous, GPCRs are changed, too. The change can corrupt the lines of communication, allowing the cancerous cells to grow without limits. The first discovery of the structure of a human GPCR was made at the APS as part of the Nobel Prize-winning research. In fact, the structure was captured at the exact moment the GPCR was signaling across a cell membrane.

“Two Nobel Prizes for Chemistry were awarded in the past four years for APS-based research involving crystallography,” said Joachimiak.

The APCF will be available for use by the more than 5,500 scientists who visit the APS annually, but it will have a particularly strong connection to Argonne’s SBC and the beamline it operates at Sector 19. In 2013, more than 660 crystallographers used the SBC facility to collect data on hundreds of projects, including proteins from the Ebola virus. More than 4,100 protein structures have been deposited into the Protein Data Bank from SBC.

Protein structures are analyzed by crystalling the proteins and then placing the single crystals into an X-ray beam for analysis using X-ray diffraction. The results depend on the quality of both the protein crystal and the X-ray beam. The APS provides some of the most brilliant X-ray beams in the Western Hemisphere. Additionally, the APS generates a highly parallel beam, which enables tight focusing of the X-rays. Staff at the National Institute of General Medical Sciences and National Cancer Institute structural biology facility (GM/CA-CAT) beamline capitalized on this and created the world’s first  micro X-ray beam at the request of visiting researchers. ​“The micro-beam was essential for the GPCR research,” said Joachimiak.

The crystallography capabilities of the APS will increase with a planned upgrade. ​“After the upgrade, the brilliance of the X-ray beam will increase by two to three orders of magnitude,” Joachimiak said. ​“The beam will be more parallel, too, so we will be able to focus down to a very small beam size. This beam will also be two to three times more intense. The upgrade should help ensure APS leadership in macromolecular crystallography for many years to come.”

The Advanced Photon Source at Argonne National Laboratory is one of five national synchrotron radiation light sources supported by the U.S. Department of Energy’s Office of Science to carry out applied and basic research to understand, predict, and ultimately control matter and energy at the electronic, atomic, and molecular levels, provide the foundations for new energy technologies, and support DOE missions in energy, environment, and national security. To learn more about the Office of Science X-ray user facilities, go to https://​www​.ener​gy​.gov/​s​c​i​e​n​c​e​/​s​c​i​e​n​c​e​-​i​n​n​o​v​a​t​i​o​n​/​o​f​f​i​c​e​-​s​c​i​e​n​c​e​-​u​s​e​r​-​f​a​c​i​l​ities. 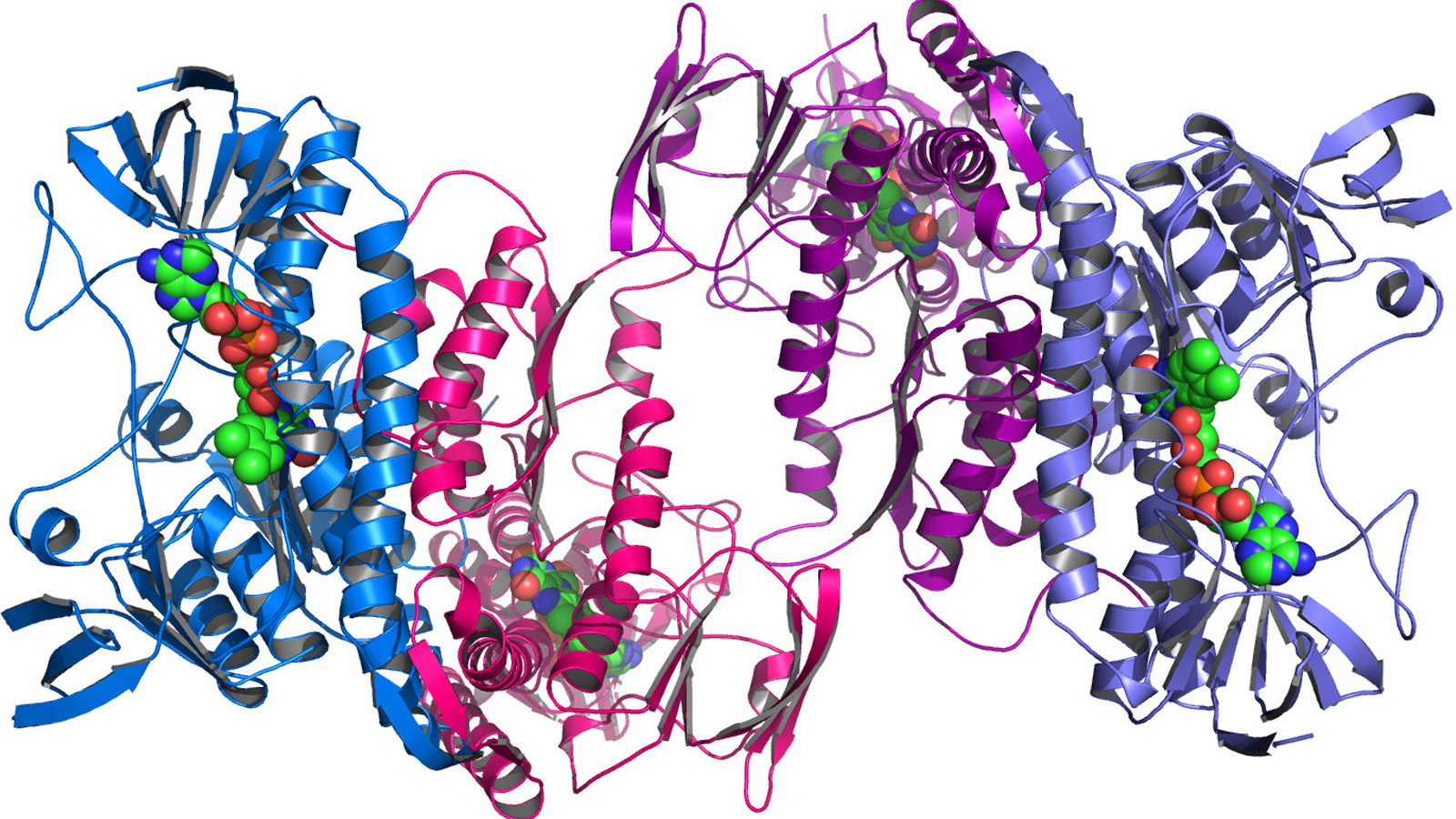 The primary objective of the MCSG is to rapidly determine the structures of strategically selected and biomedically important targets, including proteins from pathogens and higher eukaryotes.