On Oct. 8, in recognition of National Hydrogen & Fuel Cell Day, the U.S. Department of Energy’s (DOE) Argonne National Laboratory and the University of Illinois Urbana-Champaign’s Grainger College of Engineering announced their intent to form the Midwest Hydrogen and Fuel Cell Coalition.

“There is an outstanding tradition of research in the Grainger College of Engineering in the area of hydrogen interaction with materials that dates back to the 1980s,” said the college’s Dean Rashid Bashir. ​“We are moving this tradition to the next level from the basic science to alloy and device development.”

Congress has designated Oct. 8 as National Hydrogen & Fuel Cell Day, a nod to hydrogen’s atomic weight of 1.008. Fuel cells, which combine hydrogen and oxygen to produce electricity, heat and water, can be used in multiple sectors for transportation, stationary power and industrial applications.

“With the coalition, we want to raise awareness of the potential for hydrogen and fuel cells — to provide energy resilience and security, reduce emissions and foster economic growth — so we can enable their adoption in the Midwest region,” said Ted Krause, Argonne’s fuel cell laboratory program manager and a department head with Argonne’s Chemical Sciences and Engineering division.

The states of Ohio, Michigan, Indiana, Wisconsin, Illinois, Minnesota, Iowa, Missouri, North and South Dakota, Nebraska and Kansas are home to a quarter of the U.S. population and consume 30 percent of electric power generated in the U.S. The states account for 35 percent of U.S.-installed wind capacity and while the region only produces about 4 percent of the nation’s solar energy, a number of pending large solar farms and community solar projects will greatly increase the region’s solar generating capacity. As a consequence, the Midwestern states have some of the highest levels of renewable energy on their grids.

Hydrogen can be used as an effective storage medium to increase utilization of these renewable energy resources. The Midwest also has a large nuclear energy component to its electric power grid, and hydrogen production from electrolysis using nuclear electricity at times of low power demand can help to improve the economics of these existing power stations.

Researchers from the two institutions have collaborated more over the past year to promote collaborative R&D activities in fuel cell and hydrogen research. With the support of a $2 million award from DOE’s Energy Efficiency and Renewable Energy Office’s (EERE’s) Fuel Cell Technologies Office (FCTO), the Grainger College of Engineering will develop next generation low-cost, high-strength austenitic stainless steels and will work with Argonne scientists within the H-Mat consortium, using the Advanced Photon Source, a DOE Office of Science User Facility at Argonne, to characterize these materials. The effort will support DOE’s H2@Scale initiative to enable affordable large scale hydrogen production, storage, transport and utilization across multiple sectors. Argonne, the Grainger College of Engineering and the School of the Chemical Sciences with the University of Illinois’ College of Liberal Arts and Sciences, are now partnering with the Champaign-Urbana Mass Transit District (MTD) in conjunction with MTD’s initiative to add two fuel cell buses to its fleet of 111 vehicles.

In forming the Midwest coalition, Argonne and the University of Illinois look to encourage further communication and collaboration among members of the hydrogen and fuel cell research and development community, to facilitate more technology demonstrations and accelerate adoptions. Coalitions are working toward similar goals in states including California, Connecticut, Ohio and South Carolina.

Through the Grainger College of Engineering and the School of Chemical Sciences, the University of Illinois at Urbana-Champaign is a leading institute in the areas of hydrogen material interactions and electrochemistry that underlies the entire range of applications and devices of hydrogen powered society—from hydrogen production to hydrogen utilization such as homogeneous and heterogeneous catalysis, fuel cells, electrolyzers, and electrochemical conversion of CO2 to value-added products. 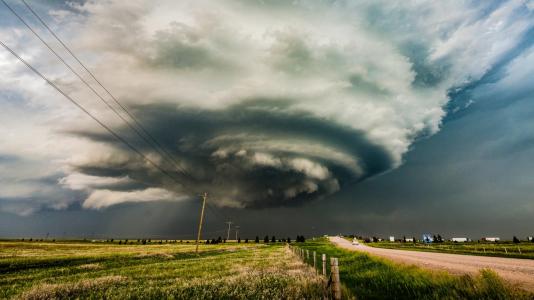