To see what makes atomic nuclei stay together, first you must take them apart.

The conventional picture of an atom’s interior seems pretty straightforward, with electrons orbiting a closely-packed nucleus of protons and neutrons. Within the individual protons and neutrons that make up the nucleus, however, there is a more complex story — one that is driving scientists from around the world to plan one of the most ambitious collaborative experiments in nuclear physics.

“The Electron-Ion Collider is really the first place where we will have the energy and the range to truly map where and how the gluonic matter in the proton or nucleus is distributed.” Argonne physicist Zein-Eddine Meziani.

Scientists from U.S. Department of Energy (DOE) national laboratories and a number of top U.S. research universities are proposing to build, within the next decade, a new particle collider. Known as the Electron-Ion Collider (EIC), this facility would provide scientists with one of the best in-depth views of the interior of atomic nuclei.

While the ultimate home of this proposed facility is yet to be determined, scientists from Argonne are contributing to the scientific foundation for a new generation of experiments that will provide unprecedented detail about subatomic structure. By adopting a multidisciplinary approach to some of the most fundamental questions in nature, Argonne is unlocking new scientific and technological frontiers that could redefine our picture of the subatomic world.

The creation of the EIC will require a worldwide collaboration that addresses theoretical, engineering, computational and scientific challenges. From developing new accelerator concepts and detector technologies to refining nuclear theory, Argonne researchers are accelerating several major efforts necessary to lay the scientific and technical groundwork for new discoveries.

A question of gluons

The path that has led to this moment in nuclear physics has already seen many changes in our understanding of the nucleus. During the first half of the twentieth century, protons and neutrons were thought to be the fundamental subatomic particles that made up all atomic nuclei. That changed dramatically in the 1960s, when scientists discovered a set of even more fundamental particles — quarks.

The discovery of quarks changed scientists’ understanding of how subatomic particles interact. In addition to having a fractional electromagnetic charge, quarks have what scientists call ​“color charge,” which can be, say, red, blue or green. Quarks interact with each other through the exchange of other fundamental particles called gluons, which also carry the color charge. The theory describing how gluon-mediated color exchanges between quarks and gluons, and gluons themselves, occur is called Quantum Chromodynamics, or QCD.

“The existence of gluons and their self-interaction is why you never see individual quarks alone in nature,” said Argonne nuclear physicist Zein-Eddine Meziani. Gluons, he explained, bind themselves and individual quarks together into protons, neutrons and a plethora of other heavy particles.

Although scientists know which quarks make up which particles, there is still plenty of mystery when it comes to how quarks and gluons combine and confine each other to create particles, such as the proton and the neutron.

This mystery is especially puzzling, for instance, concerning characteristics like mass. ​“If you add up the masses of all three valence quarks that form a neutron or a proton, what you’ll find is that the total quark mass is much less than the particle’s mass,” Meziani said. ​“So naturally you would think that the mass might come from gluons, but gluons themselves have no mass.”

To ascertain the mass of a proton or neutron — both known as nucleons — requires a relativistic trick. Although gluons have no mass, they do (like photons) have energy. This energy is what is responsible for the mass of the nucleon.

“Protons and neutrons are responsible for the vast majority of the mass in the visible universe,” Meziani said. ​“If we want to know where that mass is coming from, we have to look at the gluons.”

In a similar vein, scientists currently cannot fully explain the relationship between the spin of a proton or a neutron and its quark and gluon components. The spin of a proton, for instance, influences its electromagnetic properties.

A microscope that collects ​“circumstantial evidence”

While scientists have learned a great deal about the quark structure of protons, much less is known about the nature of gluons and how quarks and gluons interact to generate the mass and spin of the nucleons and nuclei.

Trying to get a complete picture of how gluons and quarks interact will require a facility that will accelerate a very intense beam of high-energy electrons, creating in effect one of the most powerful electron microscopes ever built. These electrons will smash into energetic protons or atomic nuclei, and from their scattering behavior, scientists can reconstruct underlying quark and gluon dynamics.

“It’s sort of like trying to solve a mystery based on a huge amount of circumstantial evidence,” said Argonne physicist José Repond. ​“You can see suspects leaving the scene of the crime, but you were unable to see directly how the crime occurred. To figure this out, you have to make inferences from the data you collected.”

“The EIC is really the first place where we will have the energy and the range for this microscope to truly map where and how the gluonic matter in the proton or nucleus is distributed,” Meziani added. ​“It will be a very clean probe for studying gluons in protons, neutrons and nuclei.”

Last July, a report commissioned by the National Academies of Sciences, Engineering, and Medicine showcased the potential wide-ranging breakthroughs that an Electron-Ion Collider would provide. ​“The science questions that an EIC will answer are central to completing an understanding of atoms, as well as being integral to the agenda of nuclear physics today,” the report stated. ​“In addition, the development of an EIC would advance accelerator science and technology in nuclear science; it would also benefit other fields of accelerator-based science and society, from medicine through materials science to elementary particle physics.”

Although Argonne will not host the EIC, the laboratory’s scientists have begun to prepare for the years-long process of designing and building the facility. Some of the laboratory’s accelerator scientists are pursuing concepts for the ion injector ring, so that the facility will have a steady source of energetic polarized ions for the collisions. ​“Having polarized ions is necessary to get information on how the quarks are distributed inside the nucleus, and also to understand what makes up the nucleon spin,” Repond said.

Argonne scientists are also developing detector technology that could allow them to observe the products of the collisions. According to Repond, each collision temporarily throws off the color balance of the ion’s quarks, which is compensated for by the spontaneous generation of new particles. To track these particles, scientists are working on a device called an imaging calorimeter, which provides a five-dimensional picture of these residual particles and their trajectories.

“This calorimeter allows us to measure not only where these particles are going, but also how fast they fly and how much energy they have,” Repond said. ​“The better we are able to detect and measure these particles, the better a picture we can reconstruct of the initial collision.”

Imaging calorimetry together with extremely precise timing allows scientists to identify the type of particle that is generated, Repond said. The ability to measure how long it takes for a particle to pass through the detector — what scientists call ​“time of flight” — allows researchers to identify exactly what kind of secondary particle has hit the detector.

To improve the design of the detector, Meziani, Repond and their colleagues have assembled a computational toolkit to carry out a high-fidelity simulation of the particle collisions to see how they respond in the detector. ​“Having computational tools at our disposal is essential for creating a state-of-the-art detector,” Repond said.

In addition to using simulation to inform detector design, Argonne physicists are also using theory and computation to calculate generalized quark and gluon distributions for light nuclei. ​“Our calculations are designed to go hand-in-hand with experiment to tell you where quarks and gluons are within a nucleon,” Meziani said.

Nuclear physicists are collectively committed to the facility as the next great opportunity to advance the field. In an official Long Range Plan for Nuclear Physics report developed jointly by DOE and the National Science Foundation, the scientific community identified the construction of an EIC as the highest priority after the construction of the Facility for Rare Isotope Beams, currently underway at Michigan State University. ​“There are so many unresolved questions fundamental to our understanding of the universe that can be addressed by the EIC,” Meziani said. ​“We hope and believe it will lay the foundation for decades of new knowledge about the structure of the nucleus.”

Finding the source of chemical reactions 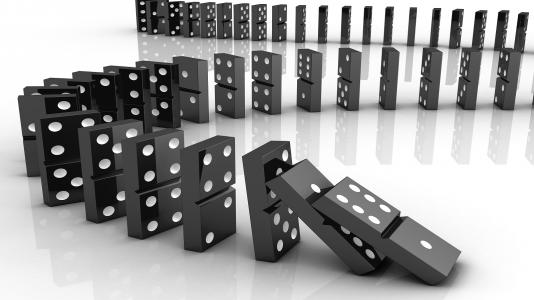