Argonne scientists Rui Hu, Guojun Hu and Ling Zou developed the code to model all key aspects of a nuclear power plant — from the nuclear reactor, to the coolant system, to control and operator actions — to discover how these parts would interact with each other in the event of a failure to analyze the plant’s safety as a whole.

The code’s versatility allows the scientists to add physical models to assess the safety of nuclear reactors that use novel materials and processes. For example, the Argonne developers have partnered with Kairos Power, an engineering company focused on clean energy and advanced nuclear reactor technology, to help develop a reactor that uses molten salt coolant rather than the traditional water coolant. Because the code is adaptable, Kairos Power can include the special features of their unique reactor design.

“There are many reactor technologies currently under development in the U.S.,” said Rui Hu, a principal nuclear engineer and group manager for Plant Systems Analysis in Argonne’s Nuclear Science and Engineering division, ​“and until we developed SAM, we lacked the analysis methods needed to ensure the safety of new types of reactors. We can apply SAM to a multitude of reactors across many contexts.”

It typically takes tens of millions of dollars to develop code to model a new reactor system. Advanced reactor developers can expand the flexibility of SAM by customizing the code to meet their needs. Industry partners can cut costs, save time and reduce risk by using the modern tools in the SAM code rather than updating the codes developed in the 1970s and 80s.

“We look forward to continuing our relationship with Argonne National Laboratory on this important initiative,” said Ed Blandford, chief technology officer and co-founder of Kairos Power. ​“Working with the expertise of national laboratories through the NEAMS (Nuclear Energy Advanced Modeling and Simulation) program to accelerate code development allows us to adopt vital safety analysis tools for our advanced reactor technology.”

The tool describes coupled physical relationships including fission reactions, heat transfer, fluid dynamics, material transport and thermal-mechanical responses in a reactor, and it can incorporate other physical models as well. It especially details the fluid flow and heat transfer in a reactor to simulate what might happen if a part of the reactor system fails.

“The code runs simulations of many hypothetical situations,” said Ling Zou, a principal nuclear engineer. ​“It shows you how the plant performs in the event of an accident in terms of reactor power generation, heat transfer, material transport and safety margins that a plant developer should evaluate.”

Compared to legacy code for reactor safety modelling, SAM provides improved fidelity and more complex physical modelling, and it is more flexible when coupled with other simulation tools. The new tool also boasts a more modern programming architecture, and it takes advantage of the most recent advancements in scientific computing. SAM also allows for more flexibility, as it can incorporate the specific proprietary data of — and physical relationships within — a reactor.

“Because of its modern structure and the detailed physical processes it simulates, the continuous development of SAM will be more cost-effective and will require less effort than updating the less-efficient and less-detailed legacy systems,” said Guojun Hu, an Argonne nuclear engineer and SAM developer.

This is one of countless examples of how Argonne scientists lead the way in end-to-end research of advanced reactors and nuclear energy in general. Other Argonne areas of expertise include core design, risk assessment, reactor design and nuclear experimentation.

The research has been funded by multiple sources including several DOE programs and the U.S. Nuclear Regulatory Commission. 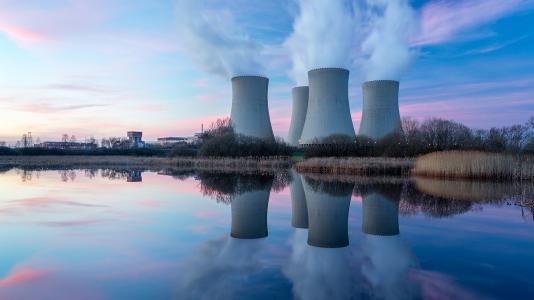 How decades of work at Argonne led to a pivotal moment for U.S. nuclear plants 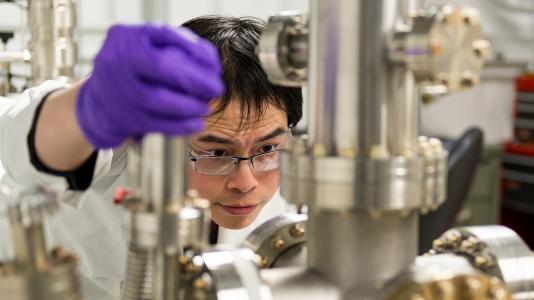