By
Brett Hansard
|
March 12, 2020
Scientists at Argonne have built software to measure how to conserve energy in flight with 21st century vehicles — including electric and hybrid airplanes and drones.

When Nirmit Prabhakar, an aerospace engineer at the U.S. Department of Energy’s (DOE) Argonne National Laboratory, considers the state of commercial aviation today he is struck by how little has changed in the last 50-plus years — and by how much change will likely occur in the next few years.

“If you look at the era of commercial flying and aircraft that ushered us into today, the technology and designs are still very similar,” Prabhakar said. ​“But with electric aviation fast emerging, we are moving into a new technological era that will fundamentally change what flight looks like in the 21st Century.”

“We are applying our expertise in vehicle systems simulation from Autonomie to the aviation world. We are able to adapt much of what runs the road vehicle simulations for vehicles to aircraft. We can apply the same general methodology.” — Dominik Karbowski, technical manager, Vehicle and Mobility Simulation Group, Argonne Energy Systems division

At Argonne, a team is working to develop a new dynamic aircraft simulation tool called Aeronomie to support this transition. It has been designed to allow users to simulate entire flights and experiment with different systems to optimize energy and performance for all kinds of aircraft — including electric and hybrid airplanes, vehicles for urban air mobility, and unmanned aerial vehicles (UAVs).

With Aeronomie, users can automatically build virtual aircraft using models — which capture the flying environment, the aircraft’s motion and aerodynamics and how it is powered and flown. The program is fully customizable, allowing users to add models from an existing library or their own files.

According to Dominik Karbowski, a technical manager in the Vehicle and Mobility Simulation Group in the Energy Systems division who is leading the development of Aeronomie with Prabhakar, Argonne’s success with a similar platform for road vehicles — Autonomie — strengthens the concept and will enable a fast deployment.

“We are applying our expertise in vehicle systems simulation from Autonomie to the aviation world. We are able to adapt much of what runs the road vehicle simulations for vehicles to aircraft. We can apply the same general methodology,” Karbowski said.

Autonomie has been developed at Argonne over the past 20 years with support from the DOE’s Energy Efficiency and Renewable Energy’s Vehicle Technologies Office (VTO).  Autonomie is currently licensed by more than 275 organizations worldwide for use in developing more energy-efficient vehicles and supporting research into electric and hybrid cars and trucks.

Prabhakar, whose position as an aerospace engineer is relatively unique at Argonne, was responsible for taking the underlying principles from Autonomie and creating a model that worked for aircraft. While there were many valuable synergies, it was far from simple.

“There are massive differences between a car and an aircraft. You have to consider the vertical dimension, which creates extra degrees of freedom,” he explained. ​“Then there is the greater variety of designs when it comes to aircrafts, from quadcopters to jet-powered airlines.”

Prabhakar said Aeronomie will help engineers understand how changes will affect aircraft, especially the propulsion system. ​“For example, if you had a particular kind of UAV and wanted to change a battery or propeller, you could quickly determine the effect on energy consumption or range by switching out that component in the model.”

Beyond that, Aeronomie could also help characterize the energy consumption of an array of new aircraft concepts, which in turn could be used for higher-level analysis. For example, what effect would a fleet of air taxis operating from a downtown area to the airport have on current traffic? How many cars would be taken out of the system? What kind of energy and mobility impacts would the air taxis have?

Aeronomie will be deployed later this year, complete with a graphical user interface that will allow third-party users to begin experimenting.

Karbowski emphasized that one of the collateral benefits of the work he and Prabhakar are doing with Aeronomie is the way in which it actively supports other ongoing research at the laboratory in areas such as drone delivery, energy consumption, control and optimization and battery profiles.

And he believes Aeronomie will spawn similar industry collaborations as well. It was featured in a meeting hosted by Argonne last December on behalf of VTO and the National Aeronautics and Space Administration’s Glenn Research Center, along with the battery and aeronautics communities, to assess the impact of battery research and development on emerging electric aviation.

Looking ahead to a future in which electric and hybrid aircraft will be flying in far greater numbers, fulfilling more varied missions  and relying on innovative propulsion and airframe designs — and with the potential to usher in a new era of ​“green aviation” — Prabhakar said it’s only a matter of time.

“Right now we are still at the ground level. But very soon we’re going to see an exponential leap in the amount of investment and in the pace of technology implementation. This will really take off at that point.” 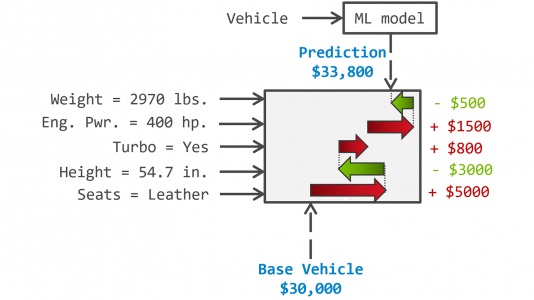