President Donald Trump recently announced the recipients of the Presidential Early Career Award for Scientists and Engineers (PECASE). On the list was Matthew Dietrich, an experimental physicist in the Physics Division of the U.S. Department of Energy’s (DOE’s) Argonne National Laboratory.

This award is the highest honor bestowed by the U.S. government to outstanding scientists and engineers who are beginning their research careers and who have demonstrated exceptional leadership in science and technology.

“Matt receiving a PECASE  is an incredible honor, well justified by the remarkable success he has had in tackling one of the most challenging problems in physics today,” said John Arrington, interim director of Argonne’s Physics division.

After receiving his Ph.D. from the University of Washington, Dietrich began his career at Argonne as a postdoc from 2010 to 2014. He then worked as a research assistant professor at Northwestern University in 2014 and 2015 and returned to Argonne in 2015. In 2017, Dietrich also received an Early Career Research Program award from the DOE Office of Science.

“Matt receiving a PECASE  is an incredible honor, well justified by the remarkable success he has had in tackling one of the most challenging problems in physics today,” said John Arrington, interim director of Argonne’s Physics division.

In his laboratory at Argonne, Dietrich has been leading a project to measure an important property (the ​“electric dipole moment”) of radium atoms after they have been laser cooled to a temperature just slightly above absolute zero. According to the Standard Model of particle physics, the electric dipole moment should be practically zero. However, physicists have recognized since the 1960s that the existence of matter suggests this property should be much larger than zero. If discovered, an electric dipole moment would be an important clue to poorly understood fundamental physics: in particular, according to Dietrich, ​“why the universe appears to contain only matter, and not an equal amount of antimatter.”

In theory, the Big Bang should have created equal quantities of matter and antimatter. But in reality, we find very little antimatter in the universe. The matter–-antimatter imbalance is one of the great mysteries in physics today.

“Finding a measureable electric dipole moment would provide physicists with important data for not only solving this mystery but also revising the Standard Model,” said Dietrich.

Dietrich and the other recipients received their awards in a ceremony on July 25 in Washington, DC.

Experimental nuclear physicist Kawtar Hafidi has been named the next director of Physics Division at the U.S. Department of Energy’s (DOE) Argonne National Laboratory.
January 23, 2017 | About Argonne, Awards and Recognition, Leadership 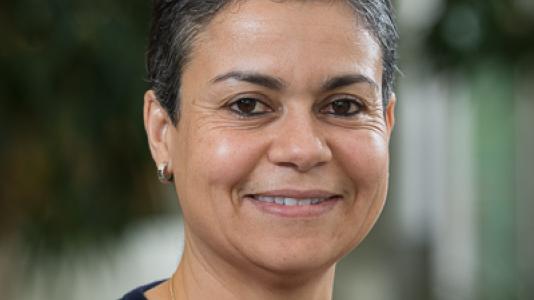 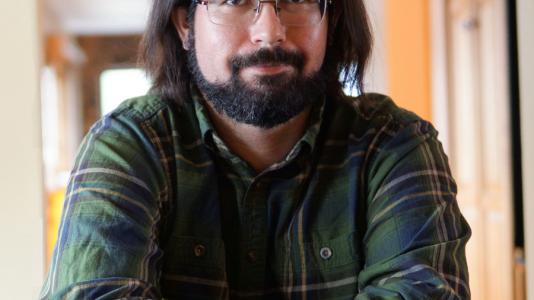