Ever wondered about the carbon impact of growing your dinner? Scientists have just come up with a new way to calculate part of it.

A major ingredient in the production of fertilizers for the world’s food production, ammonia also contributes significantly to the world’s greenhouse gas emissions and fossil fuel use. Recently, scientists at the U.S. Department of Energy’s (DOE) Argonne National Laboratory have modeled how much it would cost to use more environmentally friendly methods that emit less carbon to produce ammonia.

Ammonia is principally made by reforming natural gas, a process that contributes to the atmospheric emissions of both carbon dioxide and methane. ​“The ultimate goal is to use renewable or nuclear energy and clean hydrogen to produce it instead,” said Argonne senior scientist Amgad Elgowainy.

Elgowainy and his colleagues used Argonne’s Greenhouse gases, Regulated Emissions, and Energy use in Technologies (GREET®) model to estimate the environmental impact of ammonia production from various energy sources. Then, they used a technoeconomic model to look at the cost of two different ways that ammonia could be produced more sustainably.

The first way avoids some of the carbon release by capturing a certain percent of the carbon produced and then storing it in geologic formations. This technology pathway can be implemented at relatively low cost, as the total cost to produce the ammonia increases by only about 20%.

In the other near zero-carbon pathway, water is electrolyzed to produce hydrogen, which is then paired with nitrogen to produce ammonia. ​“Using renewable or nuclear energy to split water via electrolysis gives us a way of producing ammonia with almost no carbon impact,” Elgowainy said. ​“That said, the cost of doing so is currently higher than the carbon capture pathway.”

A paper based on the study, ​“Techno-economic performances and life cycle GHG emissions of various ammonia production pathways including conventional, carbon-capturing, nuclear-powered, and renewable production,” appeared in the May 13 issue of Green Chemistry.

The work was funded by the DOE’s Advanced Research Projects Agency-Energy MARINER program. 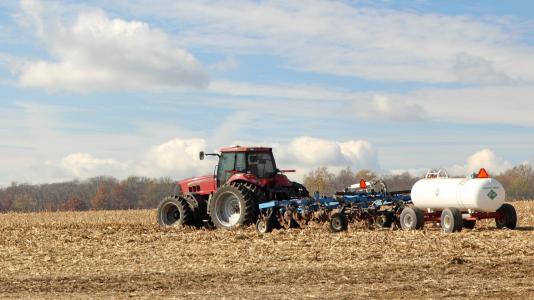