By
Brett Hansard
|
October 27, 2021
As the electrical grid is modernized, it requires new safeguards to keep it safe from cyberattackers. Researchers at Argonne have developed a novel security approach to find and stop cyberthreats that penetrate the IT layer, preserving grid stability.

For most of us, flipping a switch and seeing the lights come on doesn’t normally register a second thought. But for Bo Chen and Hyekyung Clarisse Kim, computational scientists at the U.S. Department of Energy’s (DOE) Argonne National Laboratory who are working to make the electrical power grid more resilient to cyberattacks, it’s not something they ever take for granted.

The nation’s electrical grid has been called the most complex machine ever assembled, and its size and complexity make it vulnerable to major disruptions — from extreme weather, such as was seen in recent months in California and Texas, and from malicious attacks.

Chen and Kim, both of Argonne’s Energy Systems division, recently teamed with researchers at Hitachi ABB Power Grids, a leading global technology company. They developed a new security layer and decision framework — published in the journal IEEE Transactions on Power Systems — to help find and stop cyber threats, so the grid can continue operating even if there is an attack. Rather than taking a traditional IT-based approach, they instead considered the physics of the power grid.

“We know how the grid should operate, we know what signals it should be sending, because it’s all based on physics,” explained Kim. ​“So when we compare what it should look like to what it does look like, we can figure out if something is wrong.”

Chen and Kim’s work is part of a broader initiative overseen by Hitachi ABB Power Grids, under the auspices of the DOE Office of Cybersecurity, Energy Security, and Emergency Response (CESER), to protect high-voltage direct current (HVDC) transmission lines. HVDC functions like an electricity superhighway, playing a critical role in stabilizing the U.S. power grid against disturbances. And thanks to its ability to transmit power over long distances, it is vital for integrating renewable energies at scale.

But as the grid is modernized and HVDC-based applications are increasingly deployed, they become a growing target for malicious inside and outside cyberattackers, who may send erroneous commands that jeopardize grid stability.

“Because they have this superior capacity to exchange power, it’s very important to protect HVDC lines from being compromised. Once they’re compromised, it can cause large disturbances to the power system. In a worst case, it could even destabilize the power grid and cause widespread outages and blackouts,” said Chen.

“WAMPAC collects and synchronizes all the data streams to get more visibility over what’s happening across the entire grid. It allows us to develop a model to validate the actual behavior of an HVDC system or surrounding system. We can then screen the data and identify any abnormal signals or behaviors, and also differentiate if it’s a real failure or a cyberhack,” Chen said.

The framework spearheaded by the Argonne team focuses on common but sophisticated attacks that cannot always be detected by conventional cyberintrusion systems and firewalls. Kim outlined how it works: ​“We know that the interdependency of the grid systems means that when false data is injected it will cause chain reactions. The detection algorithm automatically discovers these chain reactions and converts them into a set of rules that can then be used to detect malicious data injections and trigger alarms.”

The Argonne researchers first tested their detection algorithm in the lab, using a large number of cases under various operating conditions, and achieved nearly 100% accuracy. Chen then traveled to the ABB U.S. Corporate Research Center in North Carolina, where Argonne’s detection technology was integrated into Hitachi ABB’s own real-time digital simulator testing bed. An attack was simulated on the test bed, which was successfully detected.

A final demonstration took place at the Bonneville Power Administration (BPA) in Oregon, where Kim joined with all of the project partners to connect their technologies to a BPA replica station. Again, the overall demonstration was a success, showcasing an array of potential protections that could be made available for HVDC systems.

Reynaldo Nuqui, senior principal scientist at Hitachi ABB Power Grids, highlighted the lab’s contributions: ​“Argonne’s defense system is based on wider system information than is currently available for HVDC stations, so it provides more effective detection and mitigation of malicious external control commands. It effectively supplements our solutions to secure HVDC systems and the electrical grid as a whole.”

The algorithm could potentially transition to practice when asset owners and transmission operators require this important security feature. As for future efforts, both Chen and Kim agreed that when it comes to protecting the power grid from cyberattacks, particularly with new and emerging power technologies requiring additional safeguards, it’s not enough to have an IT-only approach.

“The unique angle our group brings is that we don’t look at cybersecurity from the IT perspective, we look at it from the power system perspective,” Kim said. ​“We have to assume our adversary is smart and will figure out how to get past IT protections and penetrate the system. At that point, we still have to be able to protect the power grid.”

Funding and support for this Argonne research initiative was provided by DOE CESER. 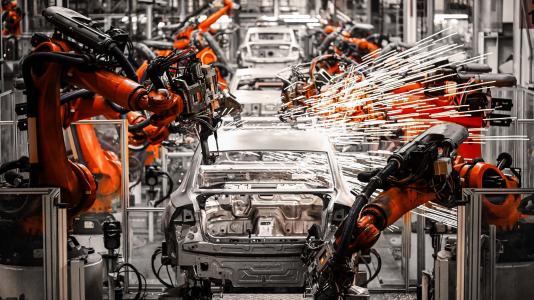