By
Greg Cunningham
|
February 13, 2015
$2.9 million grant will lead to better emergency transportation planning and response for cities in U.S.

ARGONNE, Ill ― A group of Argonne researchers will be studying methods and creating tools for building more resilient mass transit systems to evacuate major cities under a $2.9 million grant announced today by the U.S. Department of Transportation’s Federal Transit Administration.

The project will bring together researchers from the Department of Energy’s Argonne National Laboratory with Chicago’s Pace Suburban Bus and Metra Commuter Rail Service to investigate ways to improve the detection, analysis and response to emergencies, and how best to evacuate the city in a major emergency. The research will build on nearly a decade of work at Argonne on transportation resilience, modeling and simulation in the Chicago area.

“In an emergency situation, planning is everything,” said U.S. Sen. Dick Durbin, who supported the grant application, along with U.S. Sen. Mark Kirk and a number or U.S. representatives from the Illinois delegation. ​“A lack of evacuation procedures or a failure of coordination among transit systems can have catastrophic consequences during emergency. Using the Chicago area’s multimodal transportation network as a research site, scientists at Argonne National Laboratory will use this federal funding to develop tools that can be used by transit agencies across the country for planning and reacting to emergencies.”

The project, which is planned to be completed in 2017, will be built around Argonne’s POLARIS system, which is an open-source high-speed computing framework tailored for transportation planning needs. Argonne’s researchers will create tools within POLARIS to provide complex modeling and simulation of the movement of people via mass transportation during an emergency.

The new system will allow planners to run various simulated emergency events to identify weaknesses in the transportation system, investigate new technologies to integrate resilience into the system and develop new techniques for quickly moving people in a disaster, whether natural or man-made. The tools will also provide real-time assistance during an emergency by enabling officials to see the location of transit assets – such as buses and trains – as well as estimates of population distribution and characteristics, including people who will need extra assistance, such as the elderly and people with disabilities.

“Chicago has the second largest public transportation system in the U.S. and presents some interesting challenges to transportation planners, due to its proximity to Lake Michigan and its system of rivers,” said Hubert Ley, principal investigator on the project. ​“If we can create effective tools for such a challenging environment, they will prove very useful for cities of all sizes.”

Pace operates 734 buses with a total 2012 ridership of nearly 40 million across its fixed-route bus, ADA paratransit, Dial-a-Ride and vanpool services. Metra services 118 communities via more than 240 stations along 11 lines, using 703 trains on an average weekday.

The project will be enabled by the massive computing resources available at Argonne, which are used to simulate and model activities as diverse as the spread of disease, the complex inner workings of vehicle engines and even the creation of entirely new city developments.

The project’s computer simulation will be conducted under the auspices of Argonne’s Transportation Research and Analysis Computing Center (TRACC), which has a long history of working with Chicago on transportation issues. TRACC combines complex research on human behavior with massive data sets that document every street, traffic light and waterway in Chicago to study how traffic functions within a large city.

Ley said Pace and Metra were included in the project because each system has its own strengths. Pace has the flexibility and route knowledge to quickly move people from diverse areas of the city. Years of studying and adjusting routes to changing ridership and special events gives Pace the experience to adjust in an emergency to provide transportation services at precisely the right location. Metra’s stops are in fewer areas of the city, but the system is adept at moving large amounts of people during high-traffic periods.

The project will also bring in other partners, including the Urban Transportation Center at the University of Illinois at Chicago, which will evaluate the tools for practicality, and the Department of Civil, Architectural and Environmental Engineering at the Illinois Institute of Technology, which will work on model calibration, validation and case studies.

In the end, the project will leave transportation planners with increased awareness of their transportation system, improved technology and the tools to respond effectively to any type of emergency.

“Transportation planning is obviously about moving people, but on a more fundamental level it is about public safety,” said Mark Peters, Associate Laboratory Director for Energy and Global Security, the directorate at Argonne where the research will be conducted. ​“The ability to plan and respond to an emergency with effective transportation can absolutely save lives.”

Argonne National Laboratory seeks solutions to pressing national problems in science and technology. The nation’s first national laboratory, Argonne conducts leading-edge basic and applied scientific research in virtually every scientific discipline. Argonne researchers work closely with researchers from hundreds of companies, universities, and federal, state and municipal agencies to help them solve their specific problems, advance America’s scientific leadership and prepare the nation for a better future. With employees from more than 60 nations, Argonne is managed by UChicago Argonne, LLC for the U.S. Department of Energy’s Office of Science.  DOE’s Office of Science is the single largest supporter of basic research in the physical sciences in the United States, and is working to address some of the most pressing challenges of our time.  For more information, please visit sci​ence​.ener​gy​.gov. 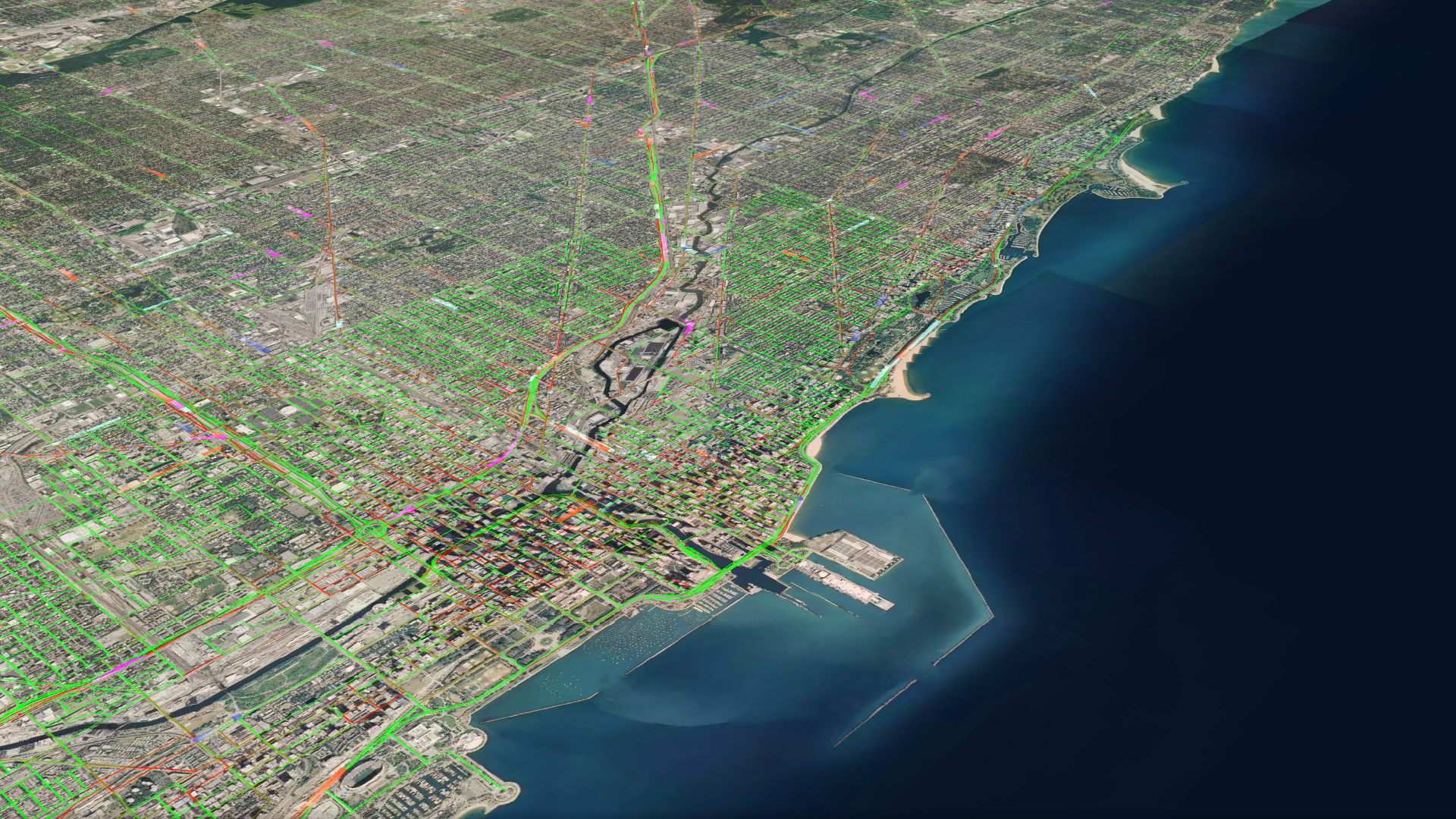