By
Christina Nunez
|
April 6, 2022
Breakthrough could have use for both defense and commercial applications.

Almost 75 years ago, U.S. Air Force pilot Chuck Yeager became the first person to fly faster than the speed of sound. Engineers have been pushing the boundaries of ultrafast flight ever since, attaining speeds most of us can only imagine.

Today, military fighter jets like the F-15 routinely surpass Mach 2, which is shorthand for twice the speed of sound. That’s supersonic level. On a hypersonic flight — Mach 5 and beyond — an aircraft travels faster than 3,000 miles per hour. At that rate, you could make it from New York to Los Angeles on a lunch break.

The same propulsion technology that goes into rockets has made hypersonic speeds possible since the 1950s. But to make hypersonic flight more common and far less expensive than a rocket launch, engineers and scientists are working on advanced jet engine designs. These new concepts represent an enormous opportunity for commercial flight, space exploration and national defense: Hypersonic aircraft could serve as reusable launch vehicles for spacecraft, for example.

Before any aircraft is built and tested, computer simulations help determine what is possible. Researchers have long used computational fluid dynamics (CFD) to predict, among other things, how an aircraft in flight will interact with the forces around it. CFD is a scientific field devoted to numerically expressing the behavior of fluids such as air and water.

An aircraft capable of breaking the sound barrier brings new levels of complexity to an already computationally intense exercise. Researchers at the U.S. Department of Energy’s (DOE) Argonne National Laboratory and the National Aeronautics and Space Administration (NASA) are pioneering the use of artificial intelligence to streamline CFD simulations and accelerate the development of barrier-breaking aircraft.

The wild ride of supersonic flight produces similarly wild fluid dynamics. As it exceeds the speed of sound, the aircraft generates a shock wave containing air that’s hotter, denser and higher in pressure than the surrounding air. At hypersonic speeds, the air friction created is so strong that it could melt parts of a conventional commercial plane.

CFD simulations must account for major shifts in air, not only around the plane, but also as it moves through the engine and interacts with fuel. Air-breathing jet engines, as they are called, draw in oxygen to burn fuel as they fly. In a conventional plane, fan blades push the air along. But at Mach 3 and up, the movement of the jet itself compresses the air. These aircraft designs, known as scramjets, are key to achieving levels of fuel efficiency that rocket propulsion cannot. But running them in hypersonic flight, it’s been said, is like lighting a match in a hurricane and keeping it lit.

“Because the chemistry and turbulence interactions are so complex in these engines, scientists have needed to develop advanced combustion models and CFD codes to accurately and efficiently describe the combustion physics,” said Sibendu Som, a study co-author and center director of Argonne’s Center for Advanced Propulsion and Power Research.

To simulate how combustion behaves within this volatile environment, NASA has a hypersonic CFD code called VULCAN-CFD. The code processes multidimensional flamelet tables, where each flamelet represents a one-dimensional version of a flame. The data tables hold these different snapshots of burning fuel in one massive collection, which requires a large amount of computer memory to process. In a newly published study, Argonne scientists used machine learning techniques to reduce the intensive memory requirements and computational cost associated with simulating supersonic fuel combustion.

“Working with NASA gave us the opportunity to integrate our novel developments in a state-of-the-art CFD code, and also to further improve the developments for more efficient design and optimization of hypersonic jets,” said Argonne computational scientist Sinan Demir, a study co-author.

The flamelet table, generated by Argonne-developed software, was used to train an artificial neural network. In an artificial neural network, which is a subset of machine learning, a computer derives insights from data the way a human brain would. Here, the network used values from the flamelet table to learn shortcuts to ​“answers” about how combustion behaves in supersonic engine environments.

“The partnership has enhanced the capability of our in-house VULCAN-CFD tool by leveraging the research efforts of Argonne, allowing us to analyze fuel combustion characteristics at a much-reduced cost,” said Robert Baurle, a research scientist at NASA Langley Research Center.

“The partnership between Argonne and NASA is valuable because our models and software can be applied effectively to theirs,” Demir said. ​“It’s a way to do high-speed propulsion CFD simulations differently.”

The paper detailing the new neural network framework, entitled ​“Deep neural network based unsteady flamelet progress variable approach in a supersonic combustor,” was presented in early January at the American Institute of Aeronautics and Astronautics SciTech Forum. In addition to Demir and Som, other authors of the paper include Argonne’s Prithwish Kundu (who is now with Euler Motors) and Cody Nunno (no longer with Argonne), as well as NASA Langley’s Robert Baurle and Tomasz Drozda.

Jared Sagoff contributed to this story. 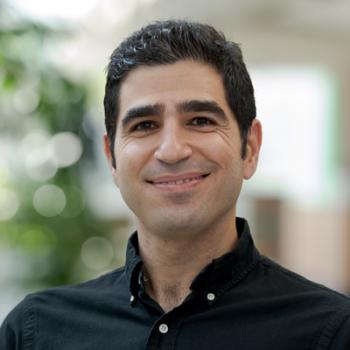 I love mountain biking, road cycling, hiking, and surfing. I especially enjoy mountain biking. It is sometimes challenging and painful, but the moment you get on your bike you start inhaling, having fun, and engaging with the beauty of nature. 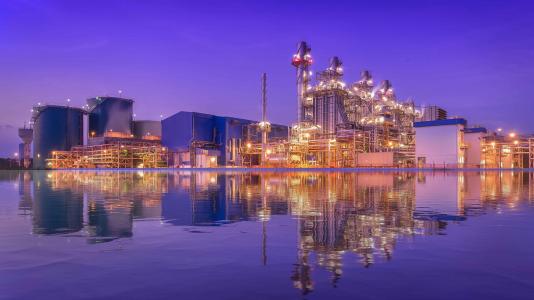