By
Jared Sagoff
|
June 8, 2020
This new agreement will dramatically improve and reduce the computational expense of fluid dynamics models. Both partners aim to improve the design and durability of engine components.

As fuel is burned in aircraft engines, temperatures reach extremely high levels, necessitating the use of thermal management strategies, such as effusion or film cooling, to prevent damage to aircraft components. At the thin boundary layers near the walls of an aircraft turbine and combustor, the interaction between cooling air and hot gases creates a variable mixing environment that scientists need to study in order to ensure better design and durability of engine components.

Thanks to a new Cooperative Research and Development Agreement between the U.S. Department of Energy’s (DOE) Argonne National Laboratory and the Raytheon Technologies Research Center, researchers are using high-performance computing and machine learning algorithms to do this. These tools will dramatically improve and reduce the computational expense of fluid dynamics models that look at coolant flow mixing and heat transfer in near-wall environments.

“The overarching goal of this project is geared towards optimizing the combustor and turbine cooling designs for modern engines,” said Argonne research scientist Pinaki Pal, who leads the project with co-investigators Prithwish Kundu and postdoctoral appointee Opeoluwa Owoyele.

“Typically, aircraft engines operate at very high pressures with small-sized engine cores, and this tends to bring a lot of hot gases closer to the walls and increase the heat loads on combustor liner and turbine blades. This then requires a focus on thermal management,” said Michael Joly, principal investigator and research engineer at the Raytheon Technologies Research Center. ​“Design improvements to reduce the cooling air flow requirements can increase the engine’s thermal efficiency.”

Researchers attempting to design aircraft engines need to consider several factors when it comes to cooling. For example, to optimize these cooling designs, they need to take into account how the cooling air is injected by selecting particular angles and the arrangement of cooling holes.

Until now, scientists only had two general classes of models for looking at these flow questions. They could opt to use highly resolved computational fluid dynamics (CFD) simulations, which can achieve great accuracy but require tremendous computational expense — particularly in the boundary regions near the walls. Or they could opt for under-resolved simulations with models applied to capture near-wall flow dynamics, which produce a somewhat less-accurate solution more quickly.

“The problem with the simulations that are computationally cheaper is that the wall models are not able to capture the rich flow physics prevalent in practical configurations,” Pal said. ​“For these geometries, where you have effects due to pressure gradients and curvature, these complex phenomena are not necessarily picked up by current models.”

By leveraging the power of advanced CFD modeling, high-performance computing and deep learning, Pal and his colleagues along with industry partners from Raytheon Technologies intend to create a harmonious merger of both approaches.

First, they will perform wall-resolved simulations of a number of engine configurations, using a massively-parallel CFD code called Nek5000, which has been recently enhanced for engine flow and combustion modeling. Researchers will use Argonne supercomputing resources, including the Theta system at the Argonne Leadership Computing Facility, a DOE Office of Science User Facility.

Then, they will take the high-fidelity data generated from these simulations to train a faster and less computationally expensive deep learning-based spatial emulators to capture near-wall heat transfer. The surrogate models will be able to realize many of the accuracy benefits of a high-fidelity simulation, while performing computations at a fraction of its cost, according to Kundu.

“This is all about trying to bridge a gap,” Pal said. ​“We are creating physics-informed deep learning models that can be trained on a wide range of initial conditions to solve problems much more efficiently without sacrificing predictive capability.”

By ensuring that physics is embedded in these models, researchers can expect to transfer the learned model to conditions that are outside the training régime, Owoyele explained. ​“In other words, you’re making the model able to generalize better,” he said.

The CRADA is part of the High Performance Computing for Energy Innovation (HPC4EI) program funded by the DOE Energy Efficiency and Renewable Energy’s Advanced Manufacturing Office. 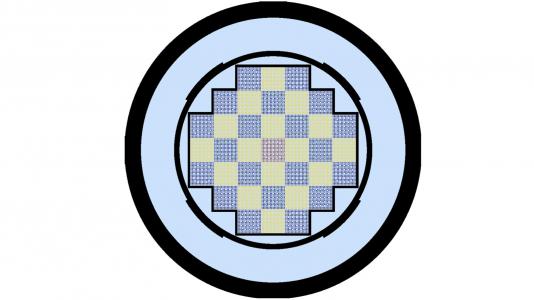