November 22, 2021
Award from Chicago Chapter of the Association for Women in Science recognizes mentorship and support for women.

The Chicago Chapter of the Association for Women in Science (AWIS) has awarded Giselle Sandi a 2021 Motivator Award. Sandi is the deputy director in the Chemical Sciences and Engineering division at the U.S. Department of Energy’s Argonne National Laboratory.

The mission of Chicago AWIS is to achieve equity and full participation of women in science, technology, engineering, mathematics and medicine (STEMM). This award recognizes Sandi for her outstanding mentorship and support for women in STEMM. In particular, it notes Sandi’s creation of enduring and effective programs at both Argonne and Rush University Medical Center.

At Argonne, Sandi served as the first lab-wide postdoctoral program lead in the Department of Educational Programs. In that capacity, she helped build up the program, establish protocols and guidelines and create a lab-wide postdoctoral mentoring program to diversify and strengthen the laboratory’s scientific workforce. This program has served as a model for other institutions. Under her program leadership, Argonne was ranked No. 4 for best research institutions in the nation to work as a postdoc. Sandi also served as Argonne’s Women in Science and Technology (WIST) Program Initiator. In that capacity, she provided support for the success of women in science and pushed for gender equity.

While at Rush University, Sandi was the Director of the Office of Rush Mentoring Programs. There, she started a mentoring program for women faculty in Medicine and Health Sciences, supporting the successful transition of junior faculty to independent investigators. Rush received national accolades for the programs Sandi developed and managed. In particular, the institution was awarded the prestigious National Award from the Group on Women in Medicine and Science of the American Association of Medical Colleges.

As one of her main inspirations, Sandi cites chemist Marion Thurnauer, an Argonne Emeritus Scientist and founder of WIST. ​“Whatever I have achieved as a scientist and manager I have been helped along the way by excellent mentors, including Marion,” Sandi said. ​“And as I moved into leadership positions, I have followed Marion’s example in supporting and encouraging others in career development, especially those from underserved communities.”

Sandi and other award recipients were honored on November 11 at the AWIS Chicago Annual Awards and Networking Event. 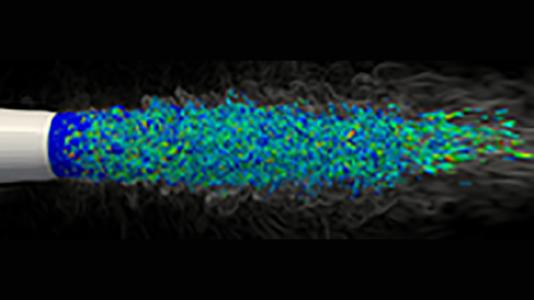 7 things you may not know about catalysis