By
Johnathon E. Briggs
|
November 20, 2019
What’s next for batteries? Directors of the Joint Center for Energy Storage Research share perspectives on the future of energy storage.

The October announcement from the Royal Swedish Academy of Sciences that the 2019 Nobel Prize in Chemistry had been awarded to three scientists who developed lithium-ion batteries — John Goodenough, Stanley Whittingham and Akira Yoshino — sparked international headlines and triggered a brief uptick in usage of the hashtag #battchat on Twitter, as battery scientists tweeted congratulations to the Nobel Laureates.

“Congratulations — we’re all excited to hear that the battery field is receiving #NobelPrize recognition! #battchat,” read a tweet from the Department of Chemistry at the University of Cambridge.

“The importance of truly portable energy in time and space is only now beginning to reach its full potential. The Nobel Prize captures the value of innovative, out-of-the-box thinking for charting society’s future.” — JCESR Director George Crabtree

Headquartered at the U.S. Department of Energy’s (DOE) Argonne National Laboratory and founded in 2012, JCESR is a unique partnership made up of national laboratories, universities and industrial firms. Its founding mission was to create game-changing, next-generation energy storage technologies that greatly surpass in performance today’s lithium-ion batteries. Nobel laureate John Goodenough is a member of JCESR’s Energy Storage Advisory Committee.

Q: It’s an incredible honor to have one’s achievements honored with a Nobel Prize, but based on the exuberant reaction from energy storage researchers worldwide, it seems the award to Goodenough, Whittingham and Yoshino was also a win for the entire battery science community. How would you characterize the significance of this Nobel Prize moment for those in the battery world?

Crabtree: This year’s Nobel Prize in Chemistry is a dramatic recognition of the pervasive importance of battery technology for society, laying the ​“foundation for a wireless, fossil fuel-free society” (in the words of the Nobel committee). The impact of lithium-ion technology in smartphones, laptops, tablets and other personal electronics has been game-changing; similar transformative change is now emerging in the electricity grid and electrified transportation. The importance of truly portable energy in time and space is only now beginning to reach its full potential. The Nobel Prize captures the value of innovative, out-of-the-box thinking for charting society’s future. It is an inspiration to the next generation of innovators to take energy storage and its applications to new levels of impact.

Srinivasan: Lithium-ion batteries have been at the heart of two dramatic market transitions, one in consumer electronics with smaller lighter computers that we carry in our pockets and wear on our wrists, and the other in transportation, with long-range affordable electric cars.  Without the lithium-ion batteries, these changes would not have occurred.  And we are starting to see the lithium-ion battery disrupt the electric grid, making it more resilient and allowing different generation sources. Without the efforts of the Nobel laureates this would simply not be possible.

Q: John Goodenough in particular has served as an advisor to JCESR, a fact that might not be widely known. How has JCESR’s work benefitted from his involvement? Does JCESR have connections to the other two Nobel laureates?

Crabtree: John has been an inspiration and a beacon for everyone in energy storage for his many remarkable accomplishments in cathode technology and the basic science of batteries. He serves on JCESR’s Energy Storage Advisory Committee (ESAC) and helped us enormously in defining and refining the structure of JCESR. At one of our early ESAC meetings, John sat at the corner of the evening dinner table and entertained a dozen other committee members and JCESR researchers with stories of his experience and insights. He provided not only the technical thinking but also the spirit of JCESR, recognizing opportunities and serving the needs of the storage community and of society.

JCESR is very well acquainted with Stan Whittingham as well, a fixture of the energy storage landscape and a pioneer of the practical development of lithium-ion batteries. He and his team were responsible for seminal examples of lithium-ion storage technology, foundational precursors to today’s industry standards. As Director of one of the leading Energy Frontier Research Centers (EFRCs) on energy storage, Stan has been a constant colleague of JCESR for strategic and innovative insights.

Srinivasan: The battery community is a small community and John and Stan are well known to us and are very aware of the work happening in JCESR.  I remember John’s comments at a science advisory meeting of JCESR where his probing questions related to our work on multivalent battery systems served to shape the R&D.

Q: The development (and subsequent commercialization) of the lithium-ion battery, in the words of the Nobel committee, ​“laid the foundation of a wireless, fossil fuel-free society.” What are the intractable problems that we still need to solve in energy storage, and how far away are we from solutions?

Crabtree: There are many energy storage challenges remaining, including faster charging for EVs, higher energy density for long haul freight trucks and electric flight, large scale long duration storage for the electricity grid, recycling and re-using batteries to conserve raw materials, and greater safety all around, especially for electric transportation and the electricity grid.  Some of these challenges can be met by variations on the basic lithium-ion battery platform, others require entirely new batteries such as organic flow batteries for the grid and inexpensive high energy density lithium-air batteries for long-haul trucking, flight and the grid.  The remarkable feature of batteries is their never-ending horizon of new technology and new applications. As more demanding applications emerge, batteries advance to meet the performance challenges.  Batteries are far from becoming a mature and settled technology.

Srinivasan: While the Nobel laureates allowed us to create the consumer electronics we take for granted, solving the energy challenge requires us to go beyond the batteries of today. We still need to decrease the cost of batteries and allow them to charge faster before electric cars become mainstream. And we need them to have considerably longer life and significantly lower cost to ensure that the grid of the future is created. And we have to worry about how sustainable the materials that go into batteries will be and how we will deal with batteries at their end of life. Beyond these applications, we are starting to see growing interest in electrifying flight to take advantage of fuel savings, and next-generation batteries are going to play a key role in that market.

Bridging the lithium battery supply chain gap — a new alliance in the U.S.

By building bridges between the public and private sector, Li-Bridge aims to accelerate the development of a robust and secure domestic supply chain for lithium-based batteries.
October 27, 2021 | Energy Technology and Storage, Batteries and Fuel Cells, Environmental and Earth Science 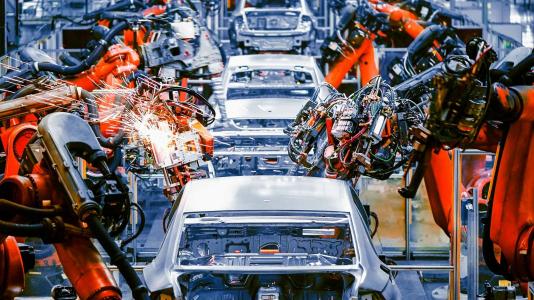 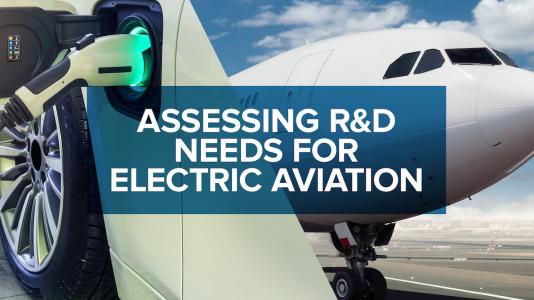 White Paper: Assessment of the R&D Needs for Electric Aviation