By
Andre Salles
|
January 10, 2022
Kasa and his colleagues are designing and building superconducting magnets for the upgraded Advanced Photon Source. They operate at far below freezing temperatures and help create world-leading levels of brightness for X-rays.

Matt Kasa’s story is one of endless curiosity.

He joined the U.S. Department of Energy’s (DOE) Argonne National Laboratory 20 years ago, after getting his trade school degree and working in heating and air conditioning. He says that he didn’t quite know what he wanted to do with his life, but when he saw the Advanced Photon Source (APS), a DOE Office of Science user facility at Argonne, his sense of wonder kicked in.

“It was very exciting,” Kasa said. ​“I was just trying to take it all in. I saw what looked like a mass of components to me, but now I see a system that all works together.”

Fast forward two decades, and it is still that sense of fascination that drives him. Kasa is part of a world-leading team at Argonne designing superconducting magnets for a massive upgrade of the APS. These aren’t the kind of magnets you have on your fridge. They’re electromagnets, for one thing, using powerful electric currents to create superstrong magnetic fields. And they’re beyond cutting edge, uniquely designed to help the upgraded APS create the brightest X-ray beams possible.

Argonne has long been a leader in superconducting technology, which helps these devices create powerful magnetic fields in relatively small spaces. In order to do this, these superconducting magnets have to operate at temperatures far below zero, and Kasa’s group has been at the forefront of designing and developing these units for use in facilities like the APS.

What drew him to work in superconducting magnets? Curiosity, of course. Kasa began his Argonne career as a technician, working full time and going to school part time, with the laboratory’s assistance. He studied electrical and electronics engineering at the Illinois Institute of Technology while working on magnets and devices that put his skills to use.

“It wasn’t the easiest thing to do, working full time while going to school, but I learned a lot,” he said.

Midway through his college education, Kasa joined a team working on a relatively new technology: superconducting undulators (SCUs). A light source like the APS works by circulating electrons around a storage ring at very high speeds, and then siphoning off the energy released when the electron beam is bent by magnetic fields while going around the track. That energy is released in the form of ultrabright X-rays that are then used for research. The brighter and more energetic the X-ray beam, the higher the magnetic field needed to generate it.

SCUs are designed to generate a very high magnetic field in a small space. To accomplish this, they make use of superconducting materials which, when cooled to temperatures of about 4 Kelvin (roughly -450 degrees Fahrenheit), can conduct electricity without most of the energy loss that traditional conductor materials give off.

Designing these devices so that different components of them work at different temperatures is tricky, and the challenge proved irresistible for Kasa. He joined the SCU team at Argonne at just the right time: they had not yet built their first undulator, much less installed one in the APS. In 2012 the team constructed its first prototype, and the technology was so new that they had to invent new tools to measure its performance.

Kasa remembers the days leading up to the first prototype’s installation at Sector 6 of the APS.

“All weekend that’s all we could think about, watching our ​‘baby’ come to life in the storage ring,” he said. ​“We were nervous, but excited. I’m hesitant to say that it worked without a problem, but once we proved we could do the first one, we had more resources and time and people, and DOE recognized the value of the project.”

This success drew the attention of the team behind a massive upgrade of the APS, which will see the current electron storage ring replaced with a new magnet lattice system that generates even brighter X-ray beams. The SCU team was commissioned to design and build four devices for four of the new beamlines planned as part of the upgrade. Each device will contain two SCUs, and these will be twice as long as the ones currently in use.

All of which presents particular challenges. Scaling up the devices is not a simple matter and has required a lot of research and development to happen while the team is building the new components. The SCUs are assembled at room temperature, aligned to tolerances that can range down to 25 or 50 microns. (A human hair is about 70 microns thick.) In the end, the devices have to generate a minimum quality of magnetic field in a small space while operating at several different temperatures all within the same enclosure, called a cryostat.

“A lot of times I describe the inside of a cryostat as an engineering playground,” Kasa said. ​“You have electrical, mechanical, cryogenic and material properties. There’s a lot to be curious about.”

There’s also a lot to celebrate, as Kasa and his colleagues have just completed the first successful test of their first new SCU device at its operating temperature. It’s a testament to the team, Kasa explains, and to the way they support and mentor one another.

“I enjoy my work, but the bigger thing that keeps me coming back is the people I work with,” he said. ​“It’s a good group of physicists, engineers and technicians, our own little family here. That’s a big highlight of my job, sharing what I’ve learned with newer workers, early-career engineers and technicians, and showing them the reasons we’re doing some of what we’re doing.”

In the coming months, Kasa and his colleagues will disassemble their first APS Upgrade-ready SCU and rebuild it with the final components. Once that’s done, they’ll move into production on the remaining devices, getting ready for April 2023, when the APS will shut down for a year to install the new storage ring. The new devices will make their home in the APS, and will help usher in a new era in hard X-ray sciences.

By that time, no doubt, Kasa and his colleagues will be on to new frontiers, continuing to push superconducting technology forward.

“Working in undulators sparks my never-ending curiosity,” Kasa said. ​“That is what drives me, asking what else might be possible. There are endless possibilities, endless opportunities to learn.”

Chilling out with Matt Kasa, superconducting magnet engineer for the APS Upgrade

As Project Controls manager, Katie Martin’s job is to account for the APS Upgrade’s schedule and its $815 million budget, down to the penny.
November 30, 2021 | X-Ray Science and Technology, APS Upgrade Project, People Spotlight 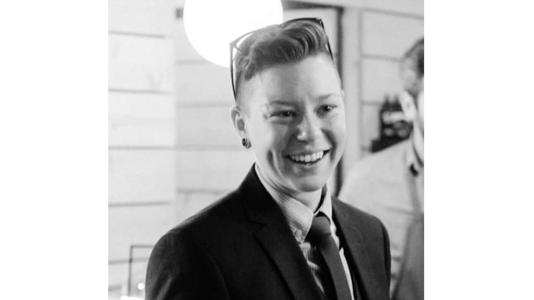 Through the looking glass: How a state-of-the-art optics system will make the APS Upgrade possible

Focusing in on Xianbo Shi, optics specialist for the APS Upgrade