Today, Jie Xu has been named to MIT Technology Review’s prestigious annual list of 35 Innovators Under 35 in the Global category. Every year since 1999, the world-renowned media company has recognized a list of exceptionally talented technologists whose work has great potential to transform the world.

Tim Maher, managing editor of MIT Technology Review, said: ​“We get more than 500 nominations for the list every year, and getting that list down to 35 — a task not only for the editors at MIT Technology Review but also for our 30+ judges — is one of the hardest things we do each year.”

“Her pioneering research on stretchable, polymer-based electronics has the potential to transform the future of wearable electronics.” — Ilke Arslan, director of the Center for Nanoscale Materials and the Nanoscience and Technology division at Argonne

“I feel extremely honored and humbled to receive this recognition, which brings me more confidence in the value of my research,” said Xu.

Xu has made several pivotal discoveries related to ​“stretchable semiconductors” that can be mass produced. Applications for this material include new wearable electronic technology, robots with skin-like coverings, and on-skin medical sensors.

The challenge in her research was to couple mechanical softness and electronic functionality in semiconductors and mass produce them. The resulting electronics must remain working when the material is stretched. To that end, Xu and colleagues invented a two-polymer coating deposited on a thin rubbery surface for printable electronic circuits.

As a proof of the technology, her research team fabricated a polymer surface with touch sensors that adhered to a human hand and could detect the position of an artificial ladybug. One day this technology might even be used as artificial skin coverings for prosthetics sensitive to touch as well as temperature, pressure and texture.

Xu also refined the stretchable semiconductors so they can be mass produced by a common industrial process employed to print on textiles and plastics. This constitutes the first time researchers have demonstrated a mass fabrication method to fabricate stretchable electronics at the meter scale. The results so far promise the early transition of this technology from research labs to industry production.

Xu’s most recent research involves combining artificial intelligence and high-throughput robotics systems so as to realize autonomous discovery for the purpose of optimizing existing materials rapidly as well as developing new ones. As one of the starting targets, she is using this unprecedented discovery platform to develop ​“green” stretchable electronics that can be recycled or will degrade after use.

“I think that this idea ought to be integrated from the very beginning in developing any commercial material,” Xu said.

“The aim of the MIT Technology Review innovators list is to identify and encourage the most promising young innovators around the world who are poised to be leaders in their fields,” said Ilke Arslan, director of CNM and the Nanoscience and Technology division at Argonne. ​“Jie has shown that potential through her pioneering research on stretchable, polymer-based electronics. We applaud her and celebrate this honor with her.”

The award will be presented to Xu and the other 2021 Innovators Under 35 at the annual EmTech MIT event, being hosted online September 28-30, 2021. Learn more about this year’s honorees on the MIT Technology Review website here. 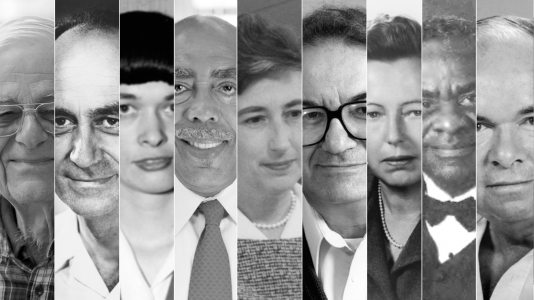