By
Emily Ayshford
|
August 2, 2021
Scientists using the Advanced Photon Source have discovered that a drug used to fight tumors in animals might be effective against many types of coronaviruses, including SARS-CoV-2.

Scientists from the University of Chicago have found that the drug masitinib may be effective in treating COVID-19.

The drug, which has undergone several clinical trials for human conditions but has not yet received approval to treat humans, inhibited the replication of SARS-CoV-2, the virus that causes COVID-19, in human cell cultures and in a mouse model, leading to much lower viral loads.

“(X-ray crystallography) gave us a strong indication of how this drug works, and we became confident that it has a chance to work in humans.” — Nir Drayman, University of Chicago.

The research team, including scientists from the U.S. Department of Energy’s (DOE) Argonne National Laboratory, also found that the drug could be effective against many types of coronaviruses and picornaviruses. Because of the way it inhibits replication, it has also been shown to remain effective in the face of COVID-19 variants.

“Inhibitors of the main protease of SARS-CoV-2, like masitinib, could be a new potential way to treat COVID patients, especially in early stages of the disease,” said Savas Tay of the University of Chicago’s Pritzker School of Molecular Engineering, who led the research. ​“COVID-19 will likely be with us for many years, and novel coronaviruses will continue to arise. Finding existing drugs that have antiviral properties can be an essential part of treating these diseases.”

The research team used the ultrabright X-rays of the Advanced Photon Source (APS), a U.S. Department of Energy Office of Science User Facility at Argonne, to determine structures of the SARS-CoV-2 virus with the drug. The results were published in Science.

A race to find COVID-19 treatments

When COVID-19 lockdowns began in March 2020, Tay and Nir Drayman, a postdoctoral fellow with the University of Chicago who specializes in virology, began to think about how they could help. To search for a better treatment for the disease, they began by screening a library of 1,900 clinically safe drugs against OC43, a coronavirus that causes the common cold and can be studied under regular biosafety conditions. They used cell cultures to determine the drugs’ effect on infection.

They then gave the top 30 drug candidates to Glenn Randall, professor of microbiology at the University of Chicago, who tested them in cell cultures against the SARS-CoV-2 virus at the Howard Taylor Ricketts Laboratory. Measurements in the lab revealed nearly 20 drugs that inhibit SARS-CoV-2.

They also sent the drug candidates to other collaborators to test against the 3CL protease, the enzyme within coronaviruses that allows them to replicate inside a cell. They found that of the drug candidates, masitinib completely inhibited the 3CL viral enzyme inside the cell, a fact that was confirmed by X-ray crystallography by Andrzej Joachimiak and his colleagues at the Structural Biology Center (SBC) at the APS. The drug specifically binds to the 3CL protease active site and inhibits further viral replication.

“That gave us a strong indication of how this drug works, and we became confident that it has a chance to work in humans,” Drayman said.

Though masitinib is currently only approved to treat mast cell tumors in dogs, it has undergone human clinical trials for several diseases, including melanoma, Alzheimer’s disease, multiple sclerosis and asthma. It has been shown to be safe in humans but does cause side effects, including gastrointestinal disorders and edema, and could potentially raise a patient’s risk for heart disease.

Drug effective against variants, other viruses

Next, the researchers worked with peers at the University of Louisville to test the drug in a mouse model. They found that it reduced the SARS-CoV-2 viral load by more than 99 percent and reduced inflammatory cytokine levels in mice.

In parallel, the researchers also began to test the drug in cell cultures against other viruses and found that it was also effective against picornaviruses, which include Hepatitis A, polio, and rhinoviruses that cause the common cold.

They also tested it in cell cultures against three SARS-CoV-2 variants, Alpha, Beta, and Gamma, and found that it worked equally well against them, since it binds to the protease and not to the surface of the virus.

Now, the team is working with the pharmaceutical company that developed masitinib (AB Science) to tweak the drug to make it an even more effective antiviral. Meanwhile, masitinib itself could be taken to human clinical trials in the future to test it as a COVID-19 treatment.

“Masitinib has the potential to be an effective antiviral now, especially when someone is first infected and the antiviral properties of the drug will have the biggest effect,” Drayman said. ​“This isn’t the first novel coronavirus outbreak, and it’s not going to be the last. In addition to vaccines, we need to have new treatments available to help those who have been infected.”

A version of this story was originally published by the Pritzker School of Molecular Engineering, University of Chicago.

A version of this story was originally published by the Pritzker School of Molecular Engineering, University of Chicago. 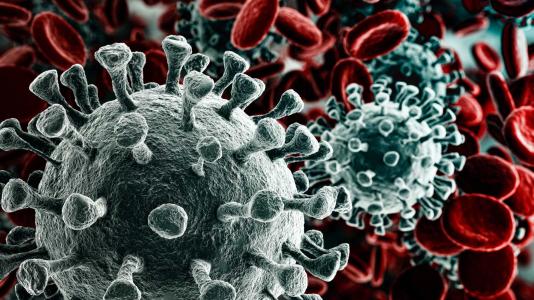 Medical research has benefitted from the scale, speed and efficiency of COVID-19 studies, and scientists are using the techniques developed to fight the pandemic in the race to stay ahead of emerging diseases.
March 01, 2022 | Molecular Biology, Protein Science, Structural Biology 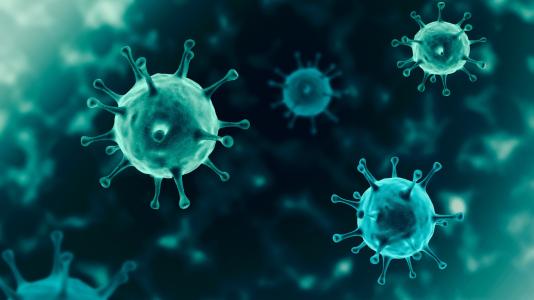