By
Andre Salles
|
September 30, 2021
Kelly leads a team designing a new system for the APS Upgrade, one that will extend the life of the electron beam that powers the facility.

Particle accelerators are complicated machines. They are often enormous — the Advanced Photon Source (APS) at the U.S. Department of Energy’s (DOE) Argonne National Laboratory, for instance, is large enough to fit a major league baseball stadium inside its circumference — and their job is to set tiny, invisible particles racing up to very nearly the speed of light. They do this using a complex system of magnets and electrical systems, all designed to extraordinary performance requirements and operating with mathematical precision.

In short, accelerator systems can be difficult things to understand, but after more than 20 years at Argonne, Michael Kelly is an expert in them. Kelly is a group leader in the lab’s Physics division, and he has extensive experience designing components for accelerators. So when the people behind the upgrade of the APS — a DOE Office of Science User Facility — were looking for someone with just that kind of experience to help them build the state-of-the-art electron storage ring that will be at the heart of the new facility, they knew where to find him.

“The equipment often outlasts the people who build it. The upgraded APS is expected to still be running 20 to 30 years from now, and that’s satisfying. They don’t have to know my name, as long as they’re using my work.”  — Michael Kelly, Argonne National Laboratory

“My involvement with the APS began in earnest with the APS Upgrade in 2014,” Kelly said. ​“The upgrade project managers came to the Physics division when I was not yet a group leader, and my boss told them I had the relevant experience they were looking for.”

Physics may be a precise science, but Kelly’s path to his current role wasn’t quite as planned out. He obtained his undergraduate degree at the University of Virginia and his degree in nuclear physics from the University of Washington in Seattle, but never intended to work on accelerators.

“When I came to Argonne in 1999 as a postdoctoral researcher, I intended to do nuclear physics,” he said. ​“But there were no open positions, except in Accelerator Physics. So it was a lot of luck. I have always liked physics and engineering, but the details have been luck.”

Kelly spent his years at Argonne building up experience in designing superconducting cavities — essentially very cold electromagnetic systems that accelerate particles while losing very little energy. The current APS uses a copper-based system operating at room temperature that is less efficient, and the upgrade team needed accelerator physicists to help them design cavities that are more state of the art. In particular, the upgrade team assigned Kelly to work on a single superconducting component that will have a major impact on the operational efficiency of the upgraded APS.

It’s called the bunch lengthening system, and Kelly’s answer to the question of what it does sounds simple: ​“It increases the lifetime of the electron beam in the storage ring,” he said. But like most physics machines, the full answer is a little more complicated.

Before the electrons reach the storage ring, three other accelerators have sped them up to nearly the speed of light. The storage ring keeps them at that speed for as long as it can, and at each bend in the track, the electrons release radiation in the form of very bright X-ray light. This is the light scientists use for research. But over time, the beam loses electrons due to scattering, and the denser the beam, the more likely the electrons will scatter.

So when scientists talk about the lifetime of an electron beam in a storage ring like the APS, what they mean is how long the beam can circulate in that ring without losing so many electrons that it can no longer produce enough of the high-brightness X-rays needed for research.

The current APS electron beam has a lifetime of about 12 hours, after which the electrons must be topped off with an injection of freshly accelerated ones. The upgraded APS will need this a lot more frequently, due to the higher density of the beam.

“Instead of the 12-hour lifetime we get now, we’ll get one that lasts one to two hours,” Kelly said. ​“So the system we have designed will increase the beam lifetime. It won’t get back to the current level, but it will extend it by two to four times. It’s a disruption to scientists using the APS when we have to inject beam, and to the extent we can avoid that, we want to.”

While it’s referred to as an electron beam, the electrons actually circulate the ring in smaller bunches. The upgraded APS will also forego top-off replenishment of electrons in favor of a system that swaps out older bunches with freshly accelerated ones. The bunch lengthening system Kelly and his team have designed stretches out the shape of the newly injected bunches, which ensures that they will last longer inside the storage ring.

“The beauty of it is that it’s one device, a single two meter long cryomodule,” Kelly said. ​“It’s a unique device, no one has built one exactly like it.”

The bunch lengthening system is mostly built, and Kelly and his team are in the process of assembling it. They’ll have a couple more chances to test it before it is fitted into in the new storage ring, which will be installed during a year-long shutdown of the APS beginning in April 2023.

Though Kelly has been concentrating on just one part of the upgraded machine, he keeps the big picture in mind. That’s easier for him to do, he said, since his wife, Shelly, has been a longtime user of the APS — she conducted research for years as an Argonne research physicist and was recently hired to lead the APS Spectroscopy Group.

“Most of us leading major pieces of the upgrade think a lot about the lasting impression it will make on science and technology, in a wide range of areas,” Kelly said. ​“The equipment often outlasts the people who build it. The upgraded APS is expected to still be running 20 to 30 years from now, and that’s satisfying. They don’t have to know my name, as long as they’re using my work.” 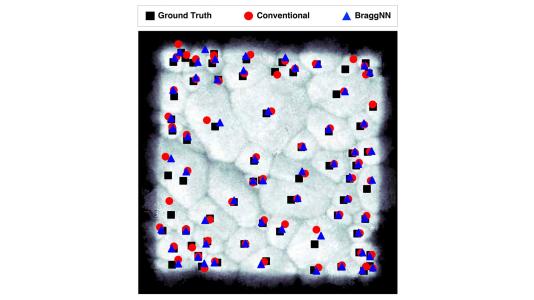 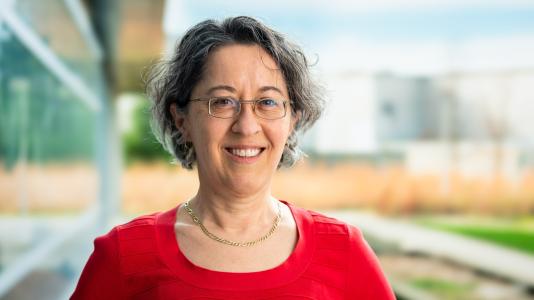