By
Jo Napolitano
|
December 19, 2019
JCESR director George Crabtree inducted into the American Academy for Arts and Sciences for his work in energy storage and materials science

JCESR director George Crabtree of the U.S. Department of Energy’s (DOE) Argonne National Laboratory was inducted into the American Academy of Arts and Sciences on Saturday, Oct. 12 at Harvard University.

Crabtree was selected for his decades-long work in energy storage and materials science.

The Academy stresses the impact of its Fellows across the board, in Arts and the Humanities, Democracy and Justice, Education, Energy and Environment, Global Affairs, and Science and Technology (https://​www​.amacad​.org/). Decarbonization of the economy by 2050 for a clean energy future spans all of the Academy’s areas and Argonne’s work in energy storage is central to achieving this societal goal.

Crabtree said he was thrilled to be included alongside some of the most influential scientists and artists of our time.

“It was an incredible honor to be inducted with the likes of Michelle Obama, Merrick Garland, Anna Devere Smith and Patricia Barber, all of whom were a part of this year’s class,” he said. ​“It was wonderful, too, to be recognized for my work with JCESR, considering its role in transforming the electricity grid and transportation to clean energy for a stable climate.”

Crabtree said Argonne should be proud of its many contributions in materials science, energy storage and next generation batteries, all of which prepare the nation and the world for a clean energy future.

Crabtree was elected in 2011 but was not inducted earlier because of scheduling conflicts. Only one other person at Argonne, John Schiffer of PHY, is in the Academy.

The award reflects Crabtree’s expertise in the field and it was because of his specialized knowledge that he was chosen to lead JCESR back when it was first established in 2012.

JCESR’s pivotal discoveries have created transformative energy technologies for the grid and transportation.

It not only accelerates emerging technology in the areas of clean electricity and transportation, but it reflects an important collaboration between industry, government laboratories and academia.

“I’m glad to bring all I know to this critical program,” Crabtree said. ​“It’s thrilling to see all we’ve been able to do in such a short time.”

The American Academy of Arts and Sciences, founded in 1780, is one of the oldest learned societies in the United States and is dedicated to honoring excellence and leadership, working across disciplines and divides, and advancing the common good.

This was not Crabtree’s first time in the national spotlight: He was nominated to the National Academy of Sciences in 2008. 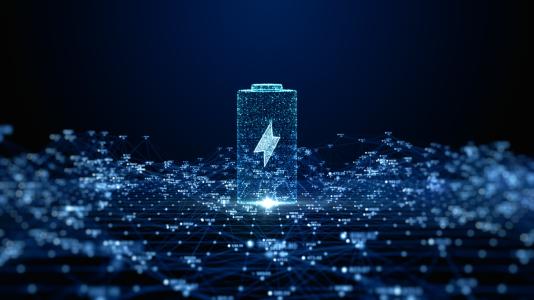