By
Joseph E. Harmon
|
April 19, 2021
The international collaboration will be addressing fundamental questions about the structure and evolution of the universe with data from the Vera C. Rubin Observatory.

In 1998, scientists made the startling discovery that the universe is not only expanding, but that the rate of expansion is accelerating with time. The mechanism underlying this increase is not currently understood — scientists term the mysterious agent ​“dark energy.” If this form of energy is indeed responsible for the acceleration, then it accounts for 70% of the universe’s total energy budget. Other solutions are possible too, such as a modification of Einstein’s theory of general relativity.

A massive international program of ground- and space-based sky surveys is underway to investigate this mystery. The Legacy Survey of Space and Time (LSST) Dark Energy Science Collaboration (DESC) is one of the leading efforts.

“I am very honored to be elected as spokesperson for this international collaboration. It is a tremendous responsibility and, at the same time, a great opportunity to be part of such an exciting scientific endeavor, working with a superbly talented and dedicated community of scientists.” — Katrin Heitmann, deputy division director for the High Energy Physics division

Recently, the LSST DESC members elected Katrin Heitmann of the U.S. Department of Energy’s (DOE) Argonne National Laboratory as their collaboration spokesperson. In that capacity, Heitmann will lead the organization of a management team, including a deputy spokesperson, three coordinators and an operations manager. The management team will be responsible for the scientific, technical, organizational and financial aspects of the collaboration.

“I am very honored to be elected as spokesperson for this international collaboration. It is a tremendous responsibility and, at the same time, a great opportunity to be part of such an exciting scientific endeavor, working with a superbly talented and dedicated community of scientists,” said Heitmann.

Using multiple methods, the LSST DESC is carrying out analyses of data taken with the DOE camera mounted on the Simonyi Survey Telescope at the Vera C. Rubin Observatory, sited on Cerro Pachon (at nearly 9,000 feet) in the foothills of the Chilean Andes. The telescope will begin surveying the sky in 2023 and will produce the most detailed, data-rich map of the universe to date, surveying some 37 billion stars and galaxies and searching for large numbers of fluctuating or short-lived light sources, such as supernovae.

During the decade-long survey, the telescope will repeatedly scan all of the sky observable from its site every few days. The imaging and information on change over time provided by the LSST data will present many different opportunities for studies of the solar system, the Milky Way, galactic astrophysics and cosmology. The LSST DESC will be using this extensive data set to investigate dark energy by a combination of methods.

Heitmann is currently serving as the DESC computing and simulations coordinator. At present, she is a senior physicist and computational scientist, as well as the deputy division director of Argonne’s High Energy Physics division. She is also a senior associate of the Kavli Institute for Cosmological Physics at the University of Chicago and a member of the Northwestern Argonne Institute of Science and Engineering.

Dark energy and its role in cosmic expansion form one of five interconnected areas of science supported by the High Energy Physics program within DOE’s Office of Science, which also supports the DESC. Financial support for the Rubin Observatory comes from the National Science Foundation, the DOE’s Office of Science and private funding raised by the LSST Corporation.

The international collaboration will be addressing fundamental questions about the structure and evolution of the universe with data from the Vera C. Rubin Observatory.
April 19, 2021 | High Energy Physics, Awards and Recognition, Cosmic Frontier 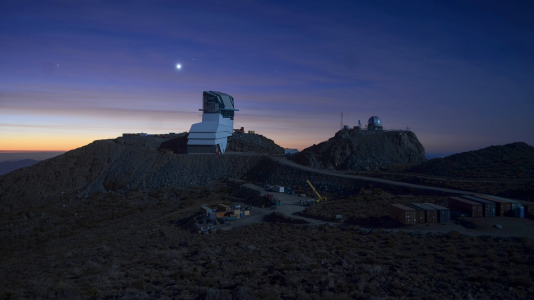 Last Journey: Mira supercomputer simulates the unknown of the universe

HPCwire’s Readers’ and Editors’ Choice Awards are among the most prestigious recognition given by the HPC community, the only such prizes to open voting to a worldwide audience of end users.
February 25, 2020 | Computational Science, Computational Cosmology, Computational Fluid Dynamics 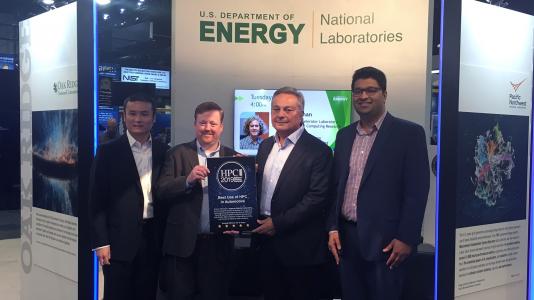