By
Viktor Rozsa
|
July 30, 2021
Scientists are using machine learning to speed up development of materials that can harness energy from sunlight.

Harnessing sunlight holds promise as a means to cleanly generate renewable energy for next-generation technologies, from solar fuel cells to water treatment systems. Such technologies require an understanding of what happens when materials and molecules absorb sunlight.

Computer simulations can help us better understand light-matter interactions. However, modeling materials featuring multiple types of structures, such as solid/water interfaces, is a complex task. But now, a research team at the U.S. Department of Energy’s (DOE) Argonne National Laboratory has found a way to simplify these modeling tasks.

“The impact of our machine learning exercise turned out to be further reaching than expected; the data-driven approach we adopted indicated to us new ways to study light-matter interaction in even more realistic and more complex systems than the one we started out studying.” — Argonne senior scientist Giulia Galli added.

Using a data-driven approach based on machine learning, the team was able to simplify the solution of the quantum mechanical equations that describe how light is absorbed by a solid, liquid or molecule. Results of the research were recently published in Chemical Sciences.

“It is certainly not intuitive at first, but it turns out that machine learning techniques can be used for purposes much different than recognizing images or predicting consumer needs,” said Marco Govoni, co-author of the study and assistant scientist in Argonne’s Materials Science division.

The trick? Recognizing that not all terms of the quantum mechanical equations need be computed in the same way. In fact, some terms could be calculated — or learned — from simpler quantities, remarkably speeding up the overall simulation.

“An important realization of our work was to understand that we could reuse information obtained for a given solid or liquid without repeating calculations for similar systems. In essence, we came up with a sort of recycling protocol to reduce the complexity of calculations required to simulate absorption of light by materials and molecules,” said Sijia Dong, who was a postdoctoral fellow at Argonne when the research was conducted and is now assistant professor at Northeastern University.

These protocols can lead to big savings when it comes to simulations that may take many hours or even days on high-performance computing architectures.

In fact, the technique the team devised allowed simulations of absorption spectra of complex systems to run between 10 and 200 times faster. These systems include solid/liquid interfaces such as those found between water and a photoelectrode (a material that can turn sunlight into electricity).

“Our study also gave insight into how to improve and modify the underlying theory used in the simulations,” said Giulia Galli, senior scientist in Argonne’s Materials Science division and deputy director for strategy at Argonne’s Advanced Materials for Energy-Water Systems (AMEWS) Center. Galli is also Liew Family Professor of Molecular Engineering and professor of chemistry at the University of Chicago and the director of the Midwest Integrated Center for Computational Materials (MICCoM) headquartered at Argonne.

“The impact of our machine learning exercise turned out to be further reaching than expected; the data-driven approach we adopted indicated to us new ways to study light-matter interaction in even more realistic and more complex systems than the one we started out studying,” Galli added.

The team is now looking at applying these shortcuts and recycling protocols to electronic structure problems not only related to light absorption, but also to light manipulation for quantum sensing applications.

Computational resources include the Argonne Leadership Computing Facility, a DOE Office of Science User Facility, and the University of Chicago’s Research Computing Center, including its GM4 cluster supported by the National Science Foundation. 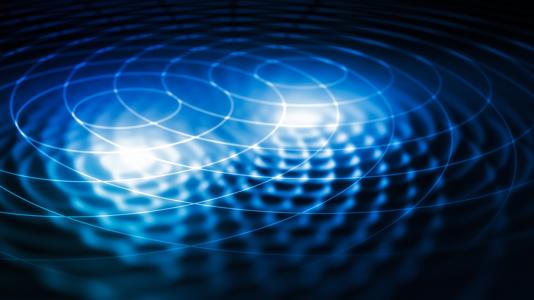 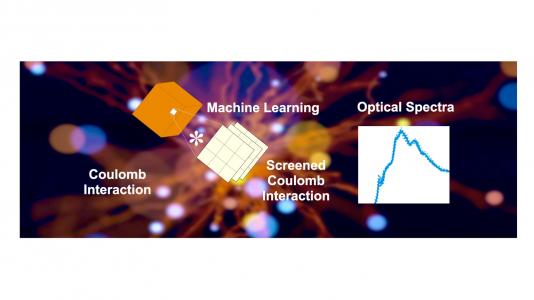