Keeping a national laboratory safe and secure by protecting thousands of people and government assets both on- and off-site is no easy task, especially in the time of a global pandemic. However, Pete Spizzirri of the U.S. Department of Energy’s (DOE) Argonne National Laboratory has risen to the occasion, leading significant initiatives that have recently garnered him the DOE Office of Science Security Manager of the Year Award, recognizing him for excelling in the performance of his security duties and services supporting protective missions.

Throughout his tenure at Argonne, Spizzirri has continuously improved and strengthened Argonne’s Security, Travel and Emergency Services division where he leads more than 75 employees whose mission is to safeguard the laboratory and its people.

Some of Spizzirri’s most important and impactful achievements include developing Argonne’s Foreign National Hosting Validation Program. The program takes a proactive approach to compliance by randomly meeting with hosts of non-U.S. citizens in the field to ensure hosts are aware of their responsibilities and order requirements. The program gained national attention and is now considered a best practice amongst DOE and the U.S. Department of State.

Spizzirri also has helped to create a more cohesive workforce by contributing toward the development of Argonne’s Core Values Shout-Out program, in which employees recognized each other for demonstrating Argonne’s core values of respect, integrity, teamwork, safety and impact.

“Pete exemplifies the best of Argonne. He promotes innovative and effective safety techniques that empower the laboratory to fulfill its scientific mission,” said Argonne director Paul Kearns. ​“I, and the rest of his colleagues, congratulate him on earning this recognition from the Department of Energy.”

Spizzirri also recently received the Lindberg Bell Security Executive of the Year award, which is presented to one security executive who has made outstanding contributions to the security profession across the Chicagoland area. Outside of his work at Argonne, Spizzirri also helps to manage security operations for the Chicago Bears. 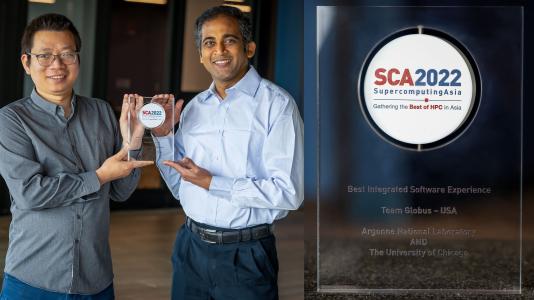 At Argonne’s 2022 Earth Day celebration, the Lab recognized the efforts of CELS Data Center Manager, Bill Lucnik, for making Argonne a greener place by naming him one of this year’s Sustainability Champions.
May 10, 2022 | Awards and Recognition, Sustainability 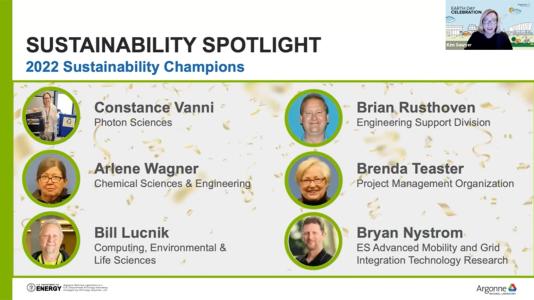 April 2022 PSE Employees of the Month