Light-emitting diodes (LEDs) are an unsung hero of the lighting industry. They run efficiently, give off little heat and last for a long time.  Now scientists are looking at new materials to make more efficient and longer-lived LEDs with applications in consumer electronics, medicine and security.

“Our studies showed that this approach allows us to enhance the brightness and stability of the light-emitting nanocrystals substantially.” — Xuedan Ma, scientist in Argonne’s Center for Nanoscale Materials

Perovskites are a class of material that share a particular crystalline structure giving them light-absorbing and light-emitting properties that are useful in a range of energy-efficient applications, including solar cells and various kinds of detectors.

Perovskite nanocrystals have been prime candidates as a new LED material but have proved unstable on testing. The research team stabilized the nanocrystals in a porous structure called a metal-organic framework, or MOF for short. Based on earth-abundant materials and fabricated at room temperature, these LEDs could one day enable lower cost TVs and consumer electronics, as well as better gamma-ray imaging devices and even self-powered X-ray detectors with applications in medicine, security scanning and scientific research.

“We attacked the stability issue of perovskite materials by encapsulating them in MOF structures,” said Xuedan Ma, scientist in Argonne’s Center for Nanoscale Materials (CNM), a DOE Office of Science User Facility. ​“Our studies showed that this approach allows us to enhance the brightness and stability of the light-emitting nanocrystals substantially.”

Hsinhan Tsai, a former J. R. Oppenheimer postdoc fellow at Los Alamos, added that, ​“The intriguing concept of combining perovskite nanocrystal in MOF had been demonstrated in powder form, but this is the first time we successfully integrated it as the emission layer in an LED.”

Previous attempts to create nanocrystal LEDs were thwarted by the nanocrystals degrading back to the unwanted bulk phase, losing their nanocrystal advantages and undermining their potential as practical LEDs. Bulk materials consist of billions of atoms. Materials such as perovskites in the nano phase are made of groupings of just a few to a few thousand atoms, and thus behave differently.

In their novel approach, the research team stabilized the nanocrystals by fabricating them within the matrix of a MOF, like tennis balls caught in a chain-link fence. They used lead nodes in the framework as the metal precursor and halide salts as the organic material. The solution of halide salts contains methylammonium bromide, which reacts with lead in the framework to assemble nanocrystals around the lead core trapped in the matrix. The matrix keeps the nanocrystals separated, so they don’t interact and degrade. This method is based on a solution coating approach, far less expensive than the vacuum processing used to create the inorganic LEDs in wide use today.

The MOF-stabilized LEDs can be fabricated to create bright red, blue and green light, along with varying shades of each.

“In this work, we demonstrated for the first time that perovskite nanocrystals stabilized in a MOF will create bright, stable LEDs in a range of colors,” said Wanyi Nie, scientist in the Center for Integrated Nanotechnologies at Los Alamos National Laboratory. ​“We can create different colors, improve color purity and increase photoluminescence quantum yield, which is a measure of a material’s ability to produce light.”

The research team used the Advanced Photon Source (APS), a DOE Office of Science User Facility at Argonne, to perform time-resolved X-ray absorption spectroscopy, a technique that allowed them to spot the changes in the perovskite material over time. Researchers were able to track electrical charges as they moved through the material and learned important information about what happens when light is emitted.

“We could only do this with the powerful single X-ray pulses and unique timing structure of the APS,” said Xiaoyi Zhang, group leader with Argonne’s X-ray Science Division. ​“We can follow where the charged particles were located inside the tiny perovskite crystals.”

In durability tests, the material performed well under ultraviolet radiation, in heat and in an electrical field without degrading and losing its light-detecting and light-emitting efficiency, a key condition for practical applications such as TVs and radiation detectors.

The DOE Office of Basic Energy Sciences funded the Argonne portion of this work. Part of this research used sector 8-ID-E and 11-ID-D of the Advanced Photon Source.

This press release was adapted from one prepared at Los Alamos National Laboratory. 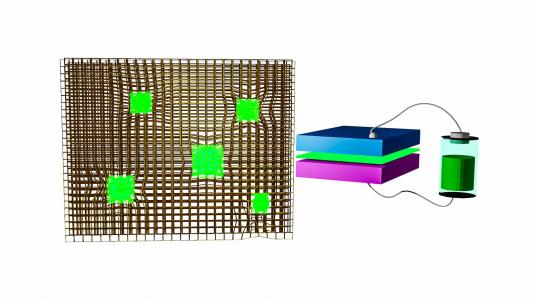 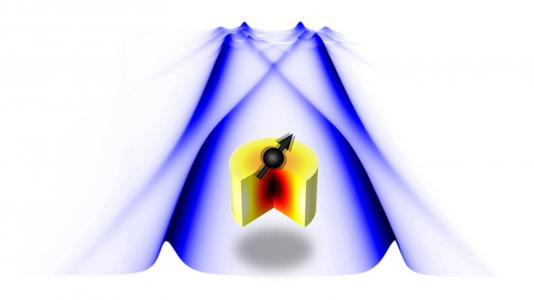 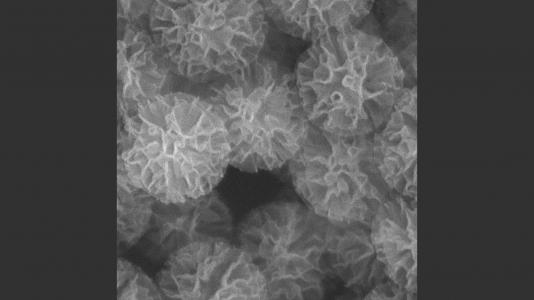