By
Jared Sagoff
|
February 28, 2020
By using machine learning as an image processing technique, scientists can dramatically accelerate the heretofore laborious manual process of quantitatively looking for and at interfaces without having to sacrifice accuracy.

In systems from batteries to semiconductors, edges and interfaces play a crucial role in determining the properties of a material. Scientists are driven to study places in a sample where two or more different components meet in order to create materials that are stronger, more energy-efficient or longer lasting.

In a new study from the U.S. Department of Energy’s (DOE) Argonne National Laboratory, researchers have put a new technique based on machine learning to work uncovering the secrets of buried interfaces and edges in a material. By using machine learning as an image processing technique, scientists can dramatically accelerate the heretofore laborious manual process of quantitatively looking at interfaces without having to sacrifice accuracy.

The experimental technique used to generate data that were analyzed using machine learning is called atom probe tomography, in which researchers select out small needle-like, three-dimensional samples. Individual atoms are then ripped off from the sample. Time-of-flight measurements and mass spectrometry are then performed to identify where in a material a particular atom originated.

“Our method is scalable, you can put it on high performance computing and fully automate it, rather than going through manually and looking at different concentrations. Here you send your code and push a button.” — Argonne materials scientist Olle Heinonen

This process generates a very large dataset of positions of atoms in the sample. To analyze this data set, the researchers segmented it into two-dimensional slices. Each slice was then represented as an image on which the machine learning algorithm could determine the edges and interfaces.

In training the algorithm to recognize interfaces, the team led by Argonne materials scientist and study author Olle Heinonen used an unconventional approach. Rather than using images from a library of materials that might have had poorly defined boundaries, Heinonen and his colleagues began with pictures of cats and dogs to help the machine learning algorithm to learn about edges in an image.

“When it comes to training an algorithm, these shapes that are simple for us but complex to a computer provide a useful proving ground,” Heinonen said.

Then, Heinonen and his colleagues were able to prove the accuracy of the machine learning algorithm by compiling a set of molecular dynamics simulations. These they used to make synthetic datasets in which the composition of the simulated sample was completely known. By going back to the machine learning method, they were able to extract composition profiles and compare them to the actual ground truth.

Previously, attempts to create these types of concentration profiles from atom probe tomography data involved a labor intensive, manual process. By pairing the machine learning algorithm with newly developed quantitative analysis software, Heinonen said that he could dramatically speed the analysis of a wide range of material interfaces.

“Our method is scalable, you can put it on high performance computing and fully automate it, rather than going through manually and looking at different concentrations,” he said. ​“Here you send your code and push a button.”

Although the technique was developed for atom probe tomography, Heinonen explained that it could be adapted for any kind of tomography — even techniques like X-ray tomography that do not necessarily reveal atomic positions. ​“Wherever you have 3D datasets with some structural information and interfaces, this technique could be useful,” he said.

The collaboration that spawned the study was notable for including experts from a wide variety of different domains, including mathematics, artificial intelligence, nanoscience, materials science and computer science. ​“We pulled together a wide variety of expertise to solve a challenging issue in materials characterization,” Heinonen said.

“From the machine learning perspective, a key challenge that we have to overcome is data paucity,” said Argonne computer scientist Prasanna Balaprakash, another study author. ​“In a typical machine learning setting, the labeled data required for training and learning is abundant, but in atom probe tomography, significant time and effort are required to conduct each experiment and to manually identify the iso-concentration surfaces as labeled data. This prevents us from applying deep learning approaches directly.”

According to Argonne computational scientist Sandeep Madireddy, the researchers leveraged transfer learning techniques, including the use of deep learning models trained on natural images, to automatically identify the edges in the atom probe tomography data.

Atom probe tomography was performed at the Northwestern University Center for Atom-Probe Tomography.

A paper based on the study, ​“Phase segmentation in atom-probe tomography using deep learning-based edge detection,” appeared in the Dec. 27, 2019, issue of Scientific Reports. Additional authors of the paper include Argonne’s Troy Loeffler and Subramanian Sankaranarayanan, as well as Northwestern University’s Ding-Wen Chung and David Seidman.

The research was funded by the U.S. Department of Energy’s Office of Science (Basic Energy Sciences and Office of Advanced Scientific Computing Research), Laboratory Directed Research and Development (LDRD) funding from Argonne, and the National Institute of Standards and Technology. The research was also supported by computing resources provided on Bebop and Blues, high-performance computing clusters operated by the Laboratory Computing Resource Center at Argonne. 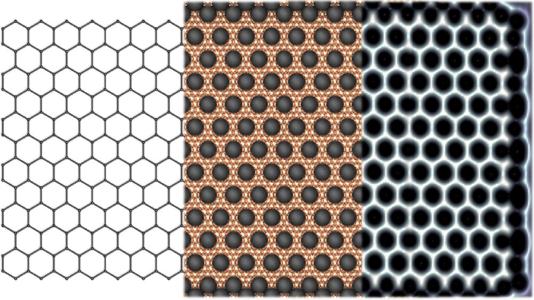 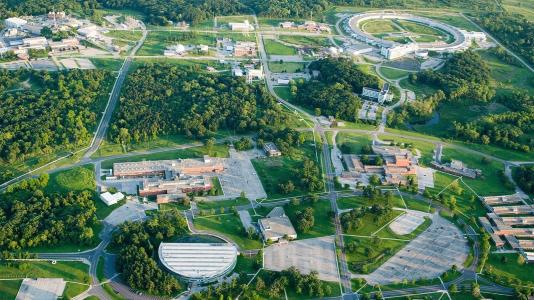