In order for any of this to be a possibility, physicists had to figure out what happens, electronically, when a material transitions between states, changing from one that doesn’t conduct electricity to one that does. That question has puzzled scientists for 60 years, but a recent breakthrough discovery involving physicists from two national laboratories has lifted the veil on the answer.

“The RIXS beamline is one of the best in the world for this experiment. The technique was really critical.”  — Gilberto Fabbris, Argonne National Laboratory

“Physicists were trying to work out what happens as you make the electronic ​‘energy gap’ between an insulator and a conductor smaller and smaller,” said Daniel Mazzone, a former Brookhaven National Laboratory physicist now at the Paul Scherrer Institut in Switzerland who led a recent study of the question. Mazzone and his colleagues, including both Brookhaven and Argonne National Laboratory physicists, published their results in February in Nature Communications. ​“Do you just change a simple insulator into a simple metal where the electrons can move freely, or does something more interesting happen?”

Using the Advanced Photon Source (APS), a Department of Energy (DOE) Office of Science user facility at DOE’s Argonne National Laboratory, a team of Brookhaven researchers worked with their Argonne colleagues to show what previous scientists had only speculated. Under certain conditions, a new magnetic state of matter can be found in which magnetic moments of electrons (also called ​“spins”) are closely connected to their insulating property. This new magnetic state is called the antiferromagnetic excitonic insulator state.

“An insulator is the opposite of a metal; it’s a material that doesn’t conduct electricity,” said Brookhaven scientist Mark Dean, a co-author on the paper. ​“The electrons are all jammed in place, like people in a filled amphitheater; they can’t move around.”

To get the electrons to move out of this low or ​“ground” energy state, they need a big boost in energy. The boost must be big enough to overcome a gap between the ground state and a higher energy level. In very special circumstances, an energy gain can outweigh the energy cost of electrons jumping across the energy gap.

“The energy gap between an insulator and a conductor can be compared somewhat to the trench between a two-lane highway,” said Argonne physicist Mary Upton, a co-author on the paper. ​“Imagine that one lane is completely congested with cars and the other lane is completely open. By filling in the trench, cars can circulate freely and keep moving. In an antiferromagnetic insulator state, electrons can do the same.”

In their experiment, the collaborative team worked with a material called strontium iridium oxide, which is only barely insulating above room temperature.

Advanced techniques and instruments made it possible for the team to study this phenomenon. The APS’s Resonant Inelastic X-Ray Scattering (RIXS) beamline at 27-ID, for instance, helped the scientists see deep within the material. RIXS uses X-ray beams to measure how much energy and momentum are lost as light creates an excitation (a disturbance, of sorts) of the electrons in a material. It allowed the Brookhaven and Argonne team to measure magnetic interactions and the associated energy cost of moving electrons.

Upton and Fabbris said that a facility such as the APS, which generates exponentially brighter X-ray beams than smaller, laboratory-based machines, is essential to carrying out this measurement.

​“The RIXS beamline is one of the best in the world for this experiment,” said Fabbris, ​“The technique was really critical.”

The APS is currently undergoing a massive upgrade that will increase the brightness of its X-ray beams by up to 500 times. As part of that upgrade, a new RIXS instrument has been installed at 27-ID, expanding the beamline’s capabilities.

The identification of the antiferromagnetic excitonic insulator completes a long journey exploring the fascinating ways electrons choose to arrange themselves in materials. In the future, understanding the connections between spin and charge in such materials could have potential for realizing new technologies.

A version of this release was originally posted by Brookhaven National Laboratory.

How is your work making the world a better place?

I think there is no fundamental difference between people now and cavemen except for the comforts and advances brought about by science.

If your life had a theme song, what would it be?

I work a lot with high pressure experiments where we submit the samples to high pressure. In grad school, my friend and I would always play “Under Pressure” before every experiment! 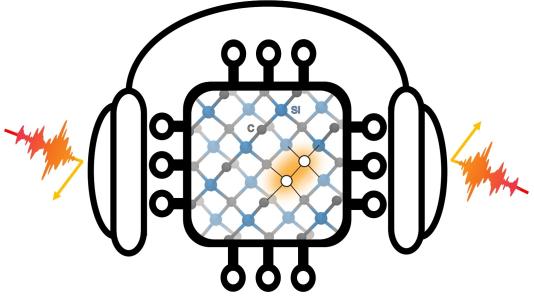