For geoscientists, looking at how minerals react in different conditions can provide a great deal of information about the characteristics of the materials that make up our world. In some cases, merely exposing minerals to water-based environments can yield interesting properties and results.

In a new study from the U.S. Department of Energy’s (DOE) Argonne National Laboratory, scientists placed small iron oxide particles in an acidic solution, causing the oxidation of iron atoms on the surface of the particles. As the reaction progressed, the researchers observed strain that built up and penetrated inside the mineral particle.

“What’s really novel about this work is that we’re doing it with geological minerals that can have irregular morphologies, as opposed to idealized particles with well-defined shapes. It’s a new application of these tools to understand how [oxidation] happens in nano-sized minerals.” — Paul Fenter, Argonne physicist

The shape of the particles controlled the degree and type of strain, said Argonne physicist Paul Fenter. ​“When we look at how things react, we are not typically worrying so much about the shape or morphology of the material. In this case, we have a result in which the spatial distribution of reactivity within the particle is not uniform, which we think is ultimately controlled by its size and shape,” he said.

In looking at the iron oxide particles, also known as magnetite, Fenter and his colleagues observed the formation of hematite, a reaction that begins at the particle surface. ​“Essentially, what’s happening is that we’re changing from one kind of rust into a different kind of rust,” said postdoctoral researcher Ke Yuan, the first author of the study.

When the researchers observed the changes in the particle caused by the oxidation, they observed strain that penetrated inside the material, as well as the appearance of isolated defects. ​“We’re moving away from an understanding of these reactions as happening uniformly in one big clump of material toward a more sophisticated understanding of how the particle shape and morphology can alter and influence how a reaction proceeds,” Fenter said.

“Even though these particles are all magnetite, they all react in somewhat different ways, and so this is a challenge for understanding how reactions proceed in systems where you have different micro- and nanostructures of the particles,” Yuan added.

To identify the strain distributions in the material, the researchers used a technique called coherent diffraction imaging (CDI), which allowed them to peer into the atomic lattice of the material. Using CDI at Argonne’s Advanced Photon Source (APS), a DOE Office of Science User Facility, the scientists were able to detect a small reduction in the lattice spacing — less than one percent — as a result of the oxidation of the iron. This small differentiation in the lattice spacing was spread unevenly throughout the iron oxide particles; the researchers believe it to be responsible for creating the defects that the scientists observed.

“The APS’s ability to provide brilliant coherent X-rays makes it unique for this kind of experiment,” said APS beamline scientist Wonsuk Cha. ​“By generating highly penetrating X-rays with substantial coherent flux, and then combining them with dedicated X-ray imaging instrumentation, we can map the internal structure and strain in materials in 3D with nanoscale spatial resolution and atomic sensitivity.”

According to Fenter, applying CDI to real, geochemically relevant materials represents a leap forward for the technique. ​“What’s really novel about this work is that we’re doing it with geological minerals that can have irregular morphologies, as opposed to idealized particles with well-defined shapes,” he said. ​“It’s a new application of these tools to understand how this behavior happens in nano-sized minerals.”

Fenter explained that the findings could have relevance more broadly for the geoscience community. Future studies that look at how ions bind to a mineral’s surface could be affected by strain, even when that strain originates from the inside of the material, he said.

An article based on the study, ​“Oxidation induced strain and defects in magnetite crystals,” appeared in the February 11 issue of Nature Communications. Other Argonne authors include Sang Soo Lee and Andrew Ulvestad. Hyunjung Kim of Sogang University in South Korea and Bektur Abdilla and Neil Sturchio of the University of Delaware also contributed.

The work was funded by the DOE’s Office of Science. 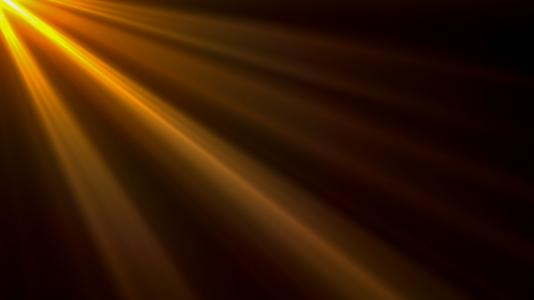 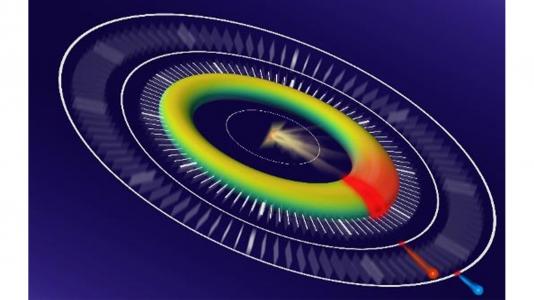