Destiny McNair, of Joliet, is like many eighth graders. The 14-year-old Troy Middle School student is thinking about her future and a career that includes teamwork.

She got a taste of that teamwork during the 17th annual Introduce a Girl to Engineering Day (IGED) on Feb. 21 at the U.S. Department of Energy’s (DOE) Argonne National Laboratory. She and another student teamed up to design, build and install pulley transmissions for toy cars. The exercise focused on speed versus torque and centered on math, science and technology standards. After the assembly, the junior engineers raced the cars on ramps and terrain tracks.

“At first, I didn’t want to come because I’m not into science,” said McNair. ​“But it was encouraging. My mom wanted me to step out of my comfort zone and I’m glad I did.”

“It’s important that we at Argonne give back to the community and create a support system for these students who have an interest in science. It’s important that these girls see role models who look like them — who allow them to see the future and see themselves in those roles.” — Emily Zvolanek, Argonne’s Women in Science and Technology (WIST) program initiator and  GIS analyst in the Environmental Sciences Division

McNair was among the 100-plus eighth-grade girls who learned more about math, science and technology during the daylong event. The girls, from about 40 area schools, paired up with Argonne scientists and engineers, who answered their questions, provided personal insights and strolled with the girls through a career expo. They also toured various departments, such as biosciences and microscopy, played with Legos and Jenga blocks using a simulated glove box and manipulators, watched glass blowing and extracted DNA from strawberries.

“It’s important that we at Argonne give back to the community and create a support system for these students who have an interest in science,” said Emily Zvolanek, Argonne’s Women in Science and Technology (WIST) program initiator and a GIS analyst in the Environmental Sciences Division. ​“It’s important that these girls see role models who look like them — who allow them to see the future and see themselves in those roles.”

WIST, created in 1990 to recruit, retain and promote women to help diversify and strengthen the laboratory’s scientific workforce, hosted IGED. The event is designed to encourage young girls to learn more about science and engineering so they can pursue STEM studies and careers. This year’s event was chaired by Liza Booker, a user experience analyst in the Argonne Leadership Computing Facility, and Jennifer Fowler, a cybersecurity analyst in the Strategic Security Sciences division.  About 120 Argonne staff also volunteered for the event.

The day provided special insights into STEM careers and some related professions for Sarah Van Wermeskerken, 14, a student at Liberty Junior High School in New Lenox.

Kim Sawyer, deputy laboratory director for operations/chief operations officer, started the day by welcoming the girls to Argonne. They also heard from three other women about their journeys to their careers. Then, participants split their time between an expo featuring various careers and tours of different divisions. Seminars also encouraged the girls to think about the diverse jobs available to them and how an interest in problem solving or helping others could lead to careers in science.

The day was designed to enlighten and encourage students at a young age to be interested in STEM and to use this as an opportunity to see it firsthand at a world-class laboratory, said Booker.

“We hope they love it so much that they get a STEM-related degree or go into a STEM career,” said Booker.

“We want to encourage students to explore different areas in STEM and provide them with the opportunities to try new things,” said Fowler. ​“It is important to explore new fields and be exposed to different types of science in order to figure out what sparks an interest.”

Erin Barndollar, 13, a student at Old Quarry Middle School in Lemont, watched one experiment where a live flower was dipped into liquid nitrogen, instantly froze and then shattered on impact. She thought the chemical reaction was fascinating. She also enjoyed meeting some professionals.

“I was thinking about going into civil engineering or architecture and was able to meet some people in those fields during the expo,” Barndollar said.

Christin Patchak, who is being home-schooled in Elgin, is interested in forensics and computers.

“This day made me think more about science and engineering and have a better perspective of what they are,” Patchak said.

Anna Swenson, another student at Old Quarry Middle School in Lemont, was among the eighth-graders using chemicals to extract DNA from strawberries.

“It inspired me in biology and genetics,” Swenson said. ​“To actually see how you do it like this just makes me want to do more.”

By the end of the day, the girls had created their own time capsules that included a letter to their future selves and a letter from their parents or guardian.

“We often suggest that they open the time capsule after high school,” said Zvolanek. ​“It’s a souvenir from the event and something they can look at and read later in life to remind them of this special day.” 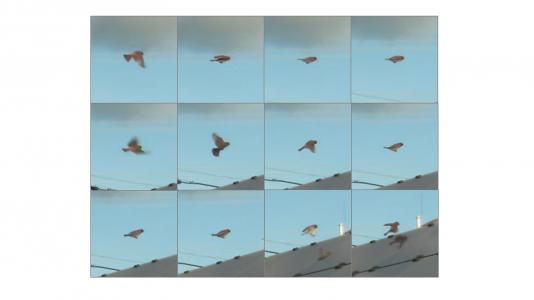 Scientists at Argonne have built software to measure how to conserve energy in flight with 21st century vehicles — including electric and hybrid airplanes and drones.
March 12, 2020 | Computational Science, Computational Fluid Dynamics, Energy Technology and Storage 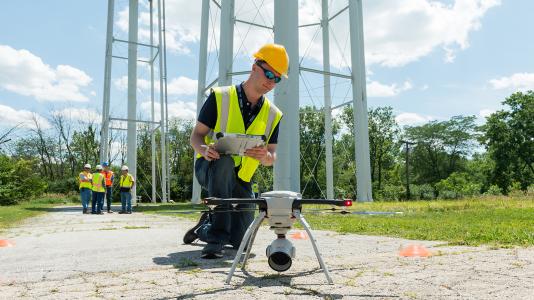