March 7, 2016
In this series, meet researchers from Argonne with unusual hobbies and interests.

This article was originally published in the spring 2016 issue of Argonne Now, the laboratory’s science magazine.

Today we’re interviewing Matt Kwiatkowski, cyber security manager—and a pilot who built his own plane, and who helped coordinate air security and logistics when President Obama visited the laboratory.

Argonne Now: What do you do at Argonne?

Kwiatkowski: 95% of my job is cyber security. I manage the team that does intrusion detection for malicious actors, firewalls, cyber forensics, and incident response. The other 5%, believe it or not, is that I’m officially the Argonne aviation safety officer. Every government agency has to have one.

And what’s your hobby?

I’m a pilot! I’ve been a pilot since January of 2000, so almost 16 years. I’m certified as a private pilot single engine on land. So I can fly any aircraft that’s under 12,000 pounds. I’m also a certified airframe and power plant mechanic.

How did you get started? 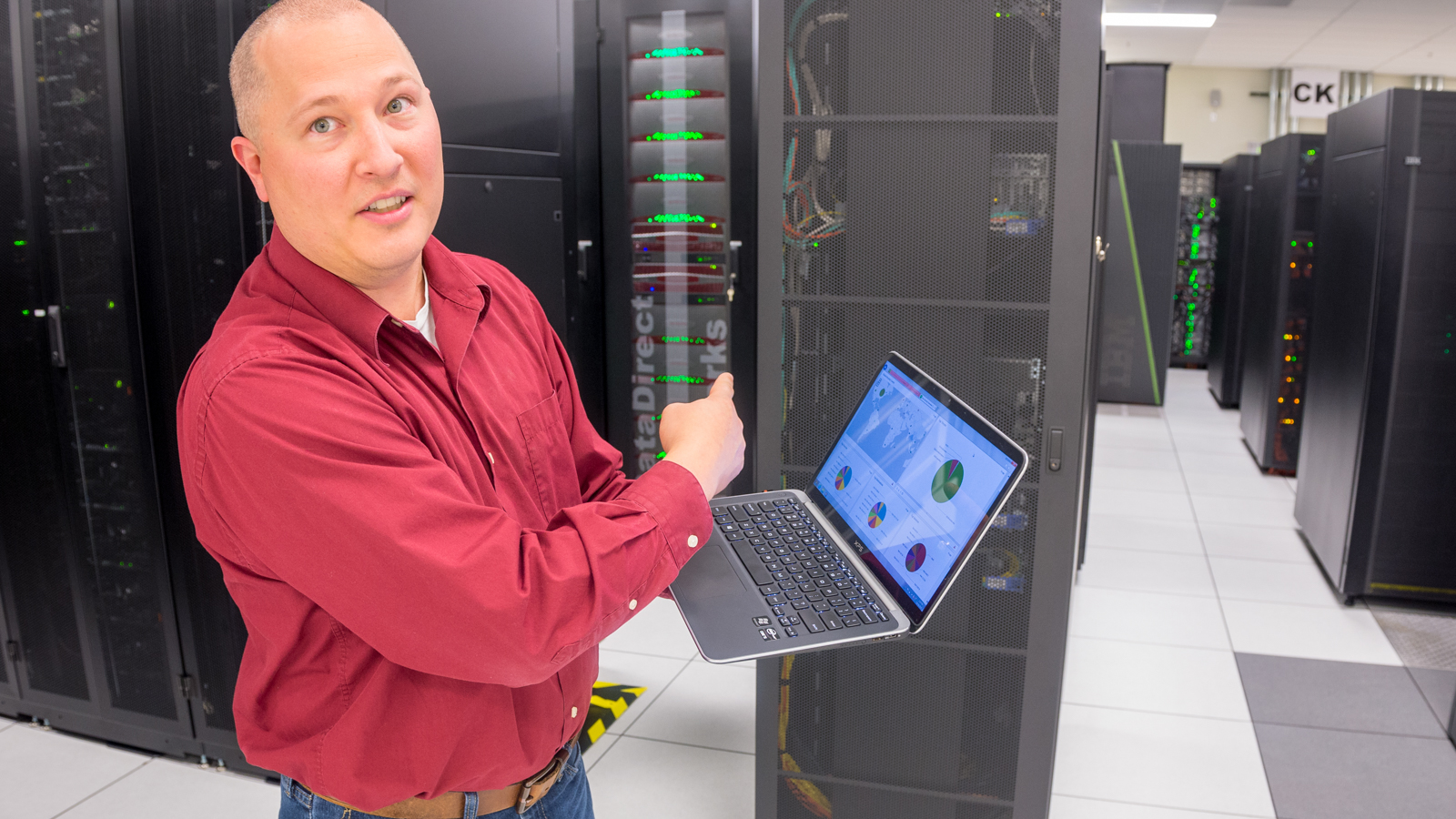 I’ve always wanted to fly, ever since I could remember. It was just in my blood, just in my soul for whatever reason. Nobody in my family flies, which is unusual—usually you have generations of pilots—but my dad was an electrical engineer, so what was also in my blood was the engineering stuff.  And when you’re building remote control models, like I did as a kid as soon as I could, you learn about how wings are built, the structure of an airplane, center of gravity, Bernoulli’s principle, all the math behind building an airplane that will fly correctly.

I heard you built your own plane.

Once you have a license you say to yourself, ​“Okay, how do I get an airplane?” It turns out the cheapest way to get an airplane is just to build your own. I bought a half-finished project and finished it myself. It took me about another five years. The model is called a Rutan Long EZ. Its race team name is the Special K.

It’s tandem seating, pilot and passenger. Its engine is in the back; it doesn’t have a traditional tail. A small wing in front, a large wing in the back.

Not what you see every day!

It’s technically classified as an experimental design. Standard aircraft certification restricts what you can and can’t do with it, even if it’s to add extra safety or efficiency features. My same engine in a Cessna, a more standard engine-in-front plane, it has a top speed about 115 mph. I can go 220 mph—almost twice as fast on the same horsepower. So mine has an anti-stall configuration, it’s faster, and it’s cooler-looking. I always draw a crowd wherever I bring it. I’ll land at an airport and ten people come over to say ​“Where do I get one?”

How high can you go?

Wait, so you fly yourself to Texas?

Oh yeah, the beauty about this is that I can pop over to Texas for a weekend. It takes about five hours from here, including one stop for 30 minutes to refuel. The world gets smaller.

How often do you fly?

I try to fly every weekend. I have about 400 flight-hours—that’s a lot for a recreational pilot. 500 hours is when you get cheaper insurance [laughs].

Even in the winter?

Oh yeah. Since the engine is in the back my airplane doesn’t have traditional heat, so I have an electric heating system.  Just like people who are hardcore motorcyclists—they have electric heated clothing: socks, long johns, and vests with heating elements built in. You just plug into the airplane and it’s actually quite comfortable.

Are you still making changes to the plane?

Oh yeah. Mostly small. I just got a set of glasses that superimpose an image from the instrument panel, so it projects the artificial horizon, airspeed, altitude, so you don’t have to look down. It’s helpful because I just started getting into air racing, so I’ve been modifying the plane to make it iteratively faster. Some of these guys go really crazy though, they’ll be out there waxing the airplane to make it go faster. A clean airplane goes faster than a dirty airplane.

Bugs hit the airplane, you know, and if you have a lot on there it’ll slow you down by a couple miles an hour. And if you’re racing, over a 150-mile course that means they’re gonna be 30 seconds in front of you.

What does your aviation safety job at Argonne entail?

Well, one big part of it was when the president visited Argonne. The Secret Service called my house on a Sunday morning—I thought it was a joke. I worked with them for a week, choosing the landing site, making sure the airspace and landing zone were clear. That was a blast. I got to chat with the Marine One pilots. Definitely something you don’t get to do every day.

Do you see any parallels between piloting and cyber security?

Yes, actually! It’s risk management. When you’ve done the ultimate risk management—balancing my life based on decisions I’ve made on the engine and modifications—those kinds of thought processes translate directly into making sane cyber security risk decisions. What allows the lab to do its mission, but mitigates bad guys breaking into the system? So those complement each other.