By
Brett Hansard
|
October 29, 2019
Argonne nuclear scientists and engineers are collaborating with private partners in cutting-edge initiatives that will have meaningful impact.

Advancing the nuclear technology capabilities of the United States through innovation and commercialization is critical to securing the nation’s energy future and staying competitive globally, and nuclear energy researchers at the U.S. Department of Energy’s (DOE) Argonne National Laboratory are leading the way with a number of pioneering industry collaborations.

Working directly with private sector partners, and in close concert with DOE, Argonne researchers are engaged in cutting-edge initiatives that will have meaningful real-world effects, according to Hussein Khalil, who leads the laboratory’s nuclear energy research program.

“Through our work with DOE, we are developing technologies and testing capabilities for direct industry use that will promote U.S. leadership in the commercial nuclear enterprise,” he said. ​“The whole national nuclear energy program, one way or another, is geared toward technology maturation with the goal of commercial deployment.”

Acacia Brunett, an Argonne nuclear engineer in the Nuclear Science and Engineering division whose current TCF projects involve development and qualification of analytical software for advanced nuclear reactors, said what’s particularly notable about the partnership is the focus on fostering direct collaboration between DOE and the private sector.

“The ultimate goal is to help the customer and facilitate commercialization of DOE technology. We want to put what we are developing directly into the hands of industry. It has to have an end-use application,” she said.

Argonne is receiving almost $1.5 million in TCF funding this year for multiple nuclear projects, and another round of funding was recently announced, with Argonne set to receive $4.6 million to fund projects across four research divisions.

Similarly, the GAIN initiative is designed to make it easier for industry to access capabilities at the national laboratories, through a competitive process whereby companies propose work to be conducted by laboratory partners. This year, Argonne is working on several projects, totaling more than $2 million.

Khalil said that Argonne’s nuclear energy expertise is being applied in several areas. One of them is supporting development of molten salt reactors based in part on experience with the use of molten chloride salt for recycling of spent nuclear fuel. Another area is Argonne’s work facilitating new uses for metallic fuels. Khalil pointed to this effort as a good example of how GAIN can leverage unique skill sets at Argonne and other national laboratories.

“Argonne had previously developed metallic fuels for sodium-cooled reactors, and they are now being used in new types of designs such as very small ​‘micro-reactors’ cooled with heat pipes,” Khalil explained. ​“We have a lot of expertise in the performance and safety behavior of these fuels, and can support companies that want to develop licensing cases and pursue advanced reactor designs using metallic fuels.”

For both TCF and GAIN there is a cost-share requirement for participating companies. The awards for GAIN projects are usually on the order of $500,000 and the work must be completed within one year; for TCF, the awards range from $100,000-$750,000 and the projects run 1-2 years. This approach differentiates these initiatives from longer-term research funded by DOE, and gears them toward quickly meeting specific industry needs.

“This program is looking for breakthrough solutions that have a very high upside for commercial deployment in the energy sector,” Khalil said.

Argonne scientists are currently involved in a number of active ARPA-E MEITNER projects, including a promising project to help develop small, highly transportable nuclear reactors that, according to Khalil, “ … you can simply deliver somewhere as a ready power source, analogous to a battery, but with megawatts of capacity and a multi-year lifetime.”

There are in addition to these efforts still more ways in which Argonne is providing essential assistance to the nuclear industry — both through other DOE-sponsored programs, like the U.S. Industry Opportunities for Advanced Nuclear Technology Development, and in several ongoing direct partnerships with private companies.

Ultimately, these various pathways of support all highlight Argonne researchers’ enduring commitment to using their extensive capabilities and expertise on behalf of the nation’s nuclear community and the public it serves.

“We’re engineers, we want to focus on things that have an end use,” said Brunett. ​“We need to be forward thinking and practical so that we advance the state of the art and have a real-world impact.” 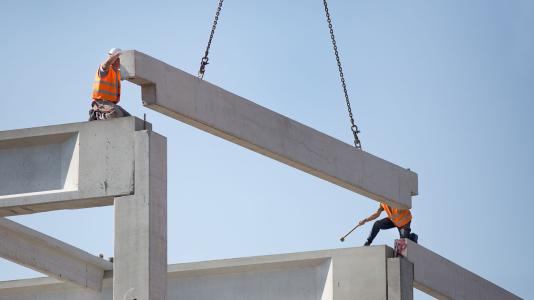