The Oyster Creek Nuclear Generating Plant in Forked River, New Jersey, shut down permanently this past September, according to the U.S. Energy Information Administration (EIA). Considered the oldest commercially operated nuclear power plant in the United States, Oyster Creek is among the first in a wave of nuclear power plant retirements on the horizon.

There are 60 commercially operating nuclear power plants, comprising 98 operating reactor units, in the United States; these plants generate about 20 percent of the nation’s electricity. Most of them, built in the 1960s, ​’70s and ​’80s, are nearing the end of their 40- to 60-year operating licenses. Their closure could represent a major reduction in nuclear energy production by 2050, if the licenses are not extended and/or new reactors deployed.

While some experts see the plant closures as a growth opportunity for renewables, others view nuclear power as essential to a cleaner environment, because it produces baseload emissions-free electricity.

“We are working with nuclear companies in industry who share our longer-term vision and hope that they can help commercialize our technologies on a large scale.” —  Bo Feng, Principal Nuclear Engineer, Nuclear Science and Engineering division

Fully vested in advancing nuclear technology since its inception in 1946, the U.S. Department of Energy’s (DOE) Argonne National Laboratory helped complete detailed analyses of what potential transitions to a new nuclear energy future might look like. The analyses examined every aspect of maintaining or expanding nuclear capacity — from the replacement of nuclear infrastructure to the implementation of advanced fuel cycles. Their goal is to identify designs that can save resources, reduce environmental impacts and eliminate or decrease the need for geologic repositories.

The transition studies, spearheaded by Argonne nuclear engineers Ed Hoffman and Bo Feng, in collaboration with other national laboratories, followed up on another major study: Nuclear Fuel Cycle Evaluation and Screening. Conducted between 2011 and 2014, under the auspices of the DOE’s Office of Nuclear Energy, the study was chartered to ​“strengthen the basis of R&D decisions,” and includes a comprehensive screening of feasible reactor technologies and fuel cycle options.

That study was conducted by researchers from academia and other national laboratories as part of a broad collaboration to help narrow down the wide spectrum of options into 40 evaluation groups comprising fuel cycle options with similar physics-based performance. Of the 40 selected, four were identified as most promising, based on their potential benefits and challenges.

“For example, there are many fast reactor technologies, but from a physics perspective, they will all operate similarly,” explained Hoffman. ​“So they would all fall under the same evaluation group if operated with the same fuel cycle objectives. However, once fully developed and deployed, they may be very different in other aspects, such as cost.”

The current U.S. fuel cycle is considered a once-through process in which the fuel used for nuclear energy production — predominantly derived from uranium — is mined, used and eventually disposed.

Using nine evaluation criteria including security, development and economic/environmental risks, the study concluded that fast reactors with continuous recycling of material offered the greatest benefits. This combination produces much less waste and reduces the environmental impact of nuclear power plants.

Fast reactors are a category of nuclear reactor that sustains a fission chain reaction through fast neutrons, rather than the thermal neutrons used in thermal reactors. They can use uranium-238 (238U) as a fuel source, which is much more widely available than the uranium-235 (235U) used in light water reactors (LWRs). In a thermal reaction, neutrons move at about 2,200 meters per second; in a fast reactor, they move at about 9 million meters per second, or 3 percent of the speed of light.

The 98 nuclear reactors presently operating in the United States are all thermal spectrum LWRs, which are not as compatible with the more-abundant fuel source, 238U. Because 238U constitutes 99.3 percent of the planet’s uranium supply, engineers are trying to find economical approaches to recover this vast resource in future reactor and fuel cycle designs.

A wide spectrum of reactor and fuel cycle technologies is being considered, including several integral fast reactor concepts, such as sodium-cooled fast reactors. Like current LWRs, these use more traditional solid fuel that is sealed in metal rods and periodically replaced. That fuel is then recycled using either electro-chemical (typically for the metallic fuel) or aqueous reprocessing technologies.

Variants include molten salt-fueled and -cooled reactors that use the fuel in salt form mixed with other salts as a coolant. Because the fuel is in liquid form, a small stream can be syphoned off and processed to remove the fission products that would limit operation. Also, as the fuel is consumed by fission, it can be replaced continuously without having to shut down the reactor.

These advanced reactor concepts, operating on either fast or thermal neutrons, are designed with inherent or passive safety measures that allow them to shut down and cool themselves without the active mechanisms that exist in many LWRs.

Another type of reactor that is drawing interest is factory-produced, small, modular reactors, which could serve as the building blocks for reactor farms. Instead of two units with 2,000 megawatts of power, a power company might operate 10 or 20 units that generate 100 megawatts each. Bringing them on a few at a time allows for scaling and poses less risk with a smaller total investment required at any one time.

“So it’s balancing the tradeoff of economy of scale with factory efficiency,” Hoffman said. ​“The concept is moving forward, with a number of companies working on it.”

Argonne has worked on all of these reactor designs, along with others, and is helping nuclear reactor startup companies design associated facilities, he added.

Research has continued since the original evaluation and screening study that focuses more on fuel cycle transition analysis. Hoffman and Feng recently presented their work at several domestic and international conferences, describing what the fuel cycle transition would look like if all existing U.S. LWRs were replaced with fast spectrum reactors operating on a closed nuclear fuel cycle (i.e., with all uranium and plutonium recycled).

The new research examines the technical issues, infrastructure requirements, mass flow requirements, economic pathways, and energy supply and demand, as well as the timeframe and impacts of delays.

For now, it’s not feasible for renewable resources to replace all of the energy from retiring nuclear plants. Without a transition plan to new nuclear power technologies, the United States could be forced to either use more fossil fuel for energy or replace existing nuclear power plants with traditional technologies.

Nuclear power plant construction — especially with the regulations involved — can cost tens of billions of dollars; planning for their construction requires long lead times and a significant amount of detail and organization. Meeting these challenges requires government support; innovations to reduce capital costs; continued collaborations among academia, national labs and industry and a general public that understands the importance of nuclear power, noted Feng.

“Argonne’s engineers and scientists are focused on longer-term societal benefits and goals, so many of us work on advanced nuclear reactors and advanced fuel cycle technologies that we hope will be deployed in the future,” he said.

“We are working with nuclear companies in industry who share our longer-term vision and hope that they can help commercialize our technologies on a large scale. The study performed on fuel-cycle transitions informs the specific infrastructure, technology and material requirements of various scenarios for advanced reactor deployment.” 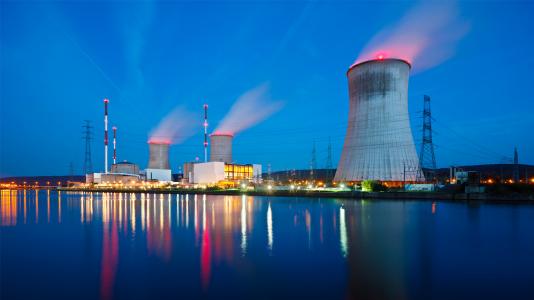 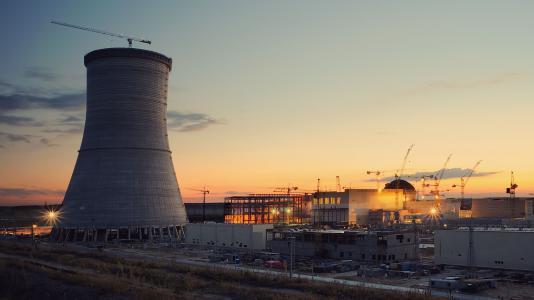