By
Anna Marie Tomczyk
|
March 8, 2022
Argonne leaders mark Women’s History Month by reflecting on how the glass ceiling began to crack and they helped to boost each other up in the national lab system.

When Bev Hartline was the deputy lab director at the U.S. Department of Energy’s (DOE) Argonne National Laboratory in the early 2000s, she also became a pioneering and powerful symbol for women throughout the Lab, especially Millie Firestone.

“I just could not believe it,” said Firestone, now deputy associate laboratory director/senior science advisor in the Physical Sciences and Engineering directorate. ​“Here was Bev, a woman in a senior leadership role. That had never happened before. It was so powerful that I could actually see that this was a position that a woman could achieve, and it was important for all of us as women to identify with her.”

“It is not the Argonne of a decade ago. It is very different, in a very positive way, and has a good culture for women. There was definitely a glass ceiling at one time. So, it is nice to see that ceiling cracking now.” — Millie Firestone, deputy associate laboratory director/senior science advisor in the Physical Sciences and Engineering directorate

While Hartline’s appointment was a turning point at the Lab, other moments followed for Firestone and other women leaders, who reflected on their careers as the nation celebrates Women’s History Month during March and International Women’s Day on March 8. They recalled their mentors and the advice that helped to change their career trajectories. Most of all, they learned that opportunity isn’t always where you expect it and helping others along the way is always welcome.

From the Laboratory director to the research and support staff, employees from across Argonne have expressed their support for gender, equality and diversity. It has already led to more women in leadership roles and mentors in science and operations as well as ongoing programs and events that encourage and inspire the next-generation workforce. Nearly half of Argonne’s leadership team are now women, and there are also several women division directors.

A 2019 report from the Association for Women in Science said that research repeatedly demonstrated that diverse teams, especially in leadership, outperform homogenous teams in innovation, research quality, decision-making and complex thinking. It also bolsters their organization’s financial success. That’s the chemistry that Argonne followed.

Before Hartline became such a pioneer, Firestone was an associate chemist in the Material Science division early in her career at Argonne. When the nanoscience effort began, Argonne sought to create a new user facility and tap professionals to lead it. Firestone wrote a proposal for such a facility that she credited to Hartline for leading the path and allowing her to compete and to succeed with it. That pivotal moment later allowed Firestone to move into a leadership role and to be in nanoscience.

“I was just coming off maternity leave, learning to be a new mother and creating this proposal for a new field of science. It was a difficult time,” Firestone said. ​“But I wanted this. And I saw myself leading a scientific effort. I was excited about the science and the opportunity. And to my amazement, I was selected, which was even more surprising. It was a point that set the trajectory for me.”

Since then, that pivotal moment has remained embedded in Firestone’s mind, and she has learned that women working together leads to a better path.

“It is not the Argonne of a decade ago,” said Firestone. ​“It is very different, in a very positive way, and a has good culture for women. There was definitely a glass ceiling at one time. So, it is nice to see that ceiling cracking now.”

Amanda Petford-Long, director of the Materials Science division, holds a joint appointment with Northwestern University, which helps her to bring students in and mentor them at Argonne. When she first joined Northwestern, Petford-Long was mentored by Katherine Faber, the Simon Ramo professor of Materials Science at Northwestern, and by Sue Morss, Argonne’s deputy to the associate laboratory director. More recently she was peer-mentored by Cynthia Jenks, then the director of the Chemical Sciences and Engineering division; as well as by her current direct supervisor and Argonne’s first woman associate laboratory director Kawtar Hafidi.

Petford-Long also got involved with different groups, including the Women in Science and Technology program, where she met and learned from other senior leaders. She also participated in the Leadership Learning Circle, which includes women in leadership who meet monthly to discuss topics of general interest to them and their leadership experiences. Discussions are kept confidential so participants can talk openly about diversity, equity and inclusion, and how they could help the Lab move ahead.

“It’s very important to hear their viewpoints. To hear from people I respect on a particular subject was very helpful,” said Petford-Long about the Circle.

Julie Nuter, senior director and chief human resources officer at Argonne, learned from early mentors, including the executive director of the Illinois Arts Council, a man who taught her about the power of politics and accountability to taxpayers. She also learned from her mother, Patricia Sass, who worked as controller during the 1970s with the family business, ESL Contractors Hardware in Steger. Her mother worked each day with her baby next to her, an important image that led to a focus on family-friendly programs that are important to workers.

“Unapologetically integrating family and work is what I remember the most about my mother, and it has been important to me to be supportive of families and offer family-friendly benefits,” said Nuter. ​“We have childcare next to the lab. We have expanded parental leave. We have employee resource groups critical to creating a supportive environment. We also tried to do new things during the pandemic, like create a program where people can donate extra leave time to other caregivers to use.”

In addition, Argonne has a first-of-its-kind project under way to assess diversity, equity and inclusion in hiring practices, development, promotions and compensation practices.

“We are looking very closely at that to ensure we eliminate barriers to the hiring and advancement of women in our workforce,” Nuter said.

Karen Hellman, senior director of the Infrastructure Services division, sought early in her career to continually learn about technology and the industry. In fact, former division director, Rudy Bouie, also encouraged her to take jobs outside her career path as an architect. After all, Bouie started as a custodian at Argonne, continued his college education, and then worked his way up until he reached chief operations officer.

“He always said that there were many paths to leadership. So, you don’t have to stay in a straight line. You should take chances and do a job that does not have anything to do with your goal,” said Hellman. ​“I did those things that ultimately led me to this job. Infrastructure Services isn’t just one thing. Taking on other assignments also gave me the experience I needed for this.”

Hellman also learned the art of being resilient and being prepared for new challenges. One significant change that was on the horizon was how project management was becoming a mantra at DOE, she said.

“DOE was setting up those positions and training, and we knew ultimately that they would hold us responsible to a tighter project management program to get funding for projects,” said Hellman. ​“We then brought in project management training and institute-certified our staff, so we acquired the same skills needed by DOE. We could not wait for someone else to do that, especially when we could see DOE was going down that path.”

“It is really important to view changes and challenges as opportunities,” Hellman said. ​“You may think it’s not in your area of expertise and hesitate to do it. But it’s important to embrace them like opportunities for growth. You should look at every aspect of Argonne.”

Nuter said another way of looking for the right path might be to learn from those you do not respect or who do not appear to be good leaders.

“Look at them and identify what you do not want to become, because you saw it in action. The impact of the bad leader can be a great learning experience,” said Nuter. ​“Learn from it so you don’t fall into that model. I wanted to make sure I would take a lesson away from it and that I would not want to be like that as a leader.”

Firestone’s advice is ​“Don’t let anyone tell you that you don’t fit into science. You do fit in. For me, when I reflect on those times since the 1980s, I am so grateful for the advancements and improvements we have made that have accelerated and taken off. Diversity and science have come a long way.”

Also, Petford-Long said women should not be afraid to say ​“No.”

“Get yourself a good mentor who you can talk to confidentially and really trust. And if you are concerned about what you were asked to do, if it would stretch you too thinly, then ask someone about it,” said Petford-Long. ​“If you have a family, that is an important part of your life. So, don’t push it aside. It is incredibly important to me, and you ignore it at your peril. Also, take time to recharge your batteries and think of something different.”

The national labs are a good place to work. Diversity is increasing all the time, said Petford-Long.

“There is a lot of opportunity to work in big, diverse teams,” said Petford-Long. ​“There are lots of people with different points of view, and more so than any university. While there are opportunities to work in teams in a university, they tend to be smaller. But to work in bigger teams and to interact in larger teams, well, that’s what is great about the national labs.” 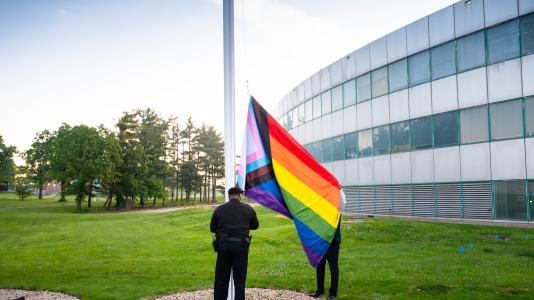 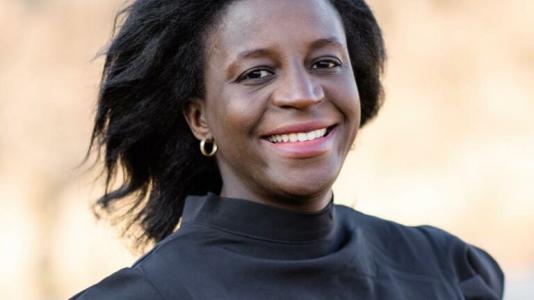