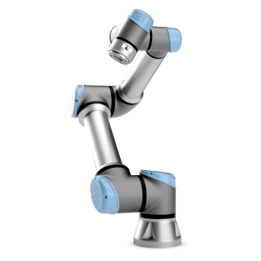 One component that will play an important role in the success of SDLs will undoubtedly be dexterous, free-roaming robots — basically, robotic scientists. The robots will be capable of performing tasks that would otherwise be performed by a human. Such robots can be used, for example, to interact with laboratory equipment that has not been adapted for automation or to transport material between automated islands of experimental apparatus. By adapting the robot to the lab, rather than requiring the lab to adapt to the robot, mobile robotic scientists will serve as the glue that binds together a wide range of SDL capabilities.

Argonne has acquired components for a dexterous, mobile, robotic system to help solve challenging scientific problems. Work on this project involves exploring, demonstrating, and evaluating the system to better understand its capabilities and limitations, gain experience in using it, and identify the infrastructure that will prepare Argonne to lead in application of SDL technologies to solve challenging science problems.

We have identified use cases in electrochemical catalyst discovery, energy storage, manufacturing, and biology that will inform our robotics selections and allow us to demonstrate a closed-loop, AI-driven laboratory concept. We will uncover more requirements and functionalities for development of SDLs and integration with other elements of autonomous discovery systems. The expertise and equipment we acquire will underpin Argonne’s future efforts in mobile robotics.