By
Nathan Schmidt
|
July 22, 2019
Having won the regional Science Bowl at Argonne, Daniel Wright’s middle school team had the chance to compete on a national level at Washington, D.C. – and gain unique and invaluable experiences and insights on STEM pathways.

On April 27, Daniel Wright Middle School, the winner of the Illinois Regional competition hosted by Argonne, placed third in the country among 48 competing teams at the 2019 Department of Energy (DOE)’s National Science Bowl Competition. With nine years of regional wins at Argonne, the team is proud to have won third place in this year’s national showing – nine places better than their past record. ​“The competition was hard, and our team really rose to the challenge,” the school’s coach Katie Yan says.

Both Yan and her co-coach Anthony Hafner are proud at how far the team, a mix of new and veteran participants alike, grew over the course of the competition, all the way from regionals to where they stand now. A key part of the team’s success, Hafner shares, is ​“being able to accept the viewpoints of others in a stressful problem-solving environment.” Student Vedant Rathi likewise believes that ​“the three main components for success in Science Bowl are cooperation, hope, and skill. The reason we got to a place like 3rd was because of our knowledge but also because of our cooperation and working as a team.”

“The three main components for success in Science Bowl are cooperation, hope, and skill. The reason we got to a place like 3rd was because of our knowledge but also because of our cooperation and working as a team.” — Vedant Rathi, student at Daniel Wright Middle School

Throughout the team’s stay in Washington, D.C. for the national competition, the students were treated to a diverse set of engaging activities ranging from city tours to meeting with professional scientists and educators volunteering at the event. ​“I think it’s really important for the students to view the [scientist/engineer] volunteers,” Hafner says, ​“to see the potential they have and for the first time begin to think how they may be able to apply their science understanding to real future vocations or careers.”

Having assisted at the Science Bowl for many years, Argonne Computer Scientist and education volunteer Todd Munson noted that Daniel Wright and other teams continue to grow stronger and stronger with each passing year. And the team is hardly done yet, with some of the students planning to compete in not only the Science Bowl again but also the Science Olympiad. Wherever they go, the team has proven its strong cohesion and skill against the scientific challenges of the nationwide event. ​“Daniel Wright had an amazing performance this year at Nationals,” Munson says, ​“and they, their coaches, and their parents should be extremely proud of their accomplishment.” 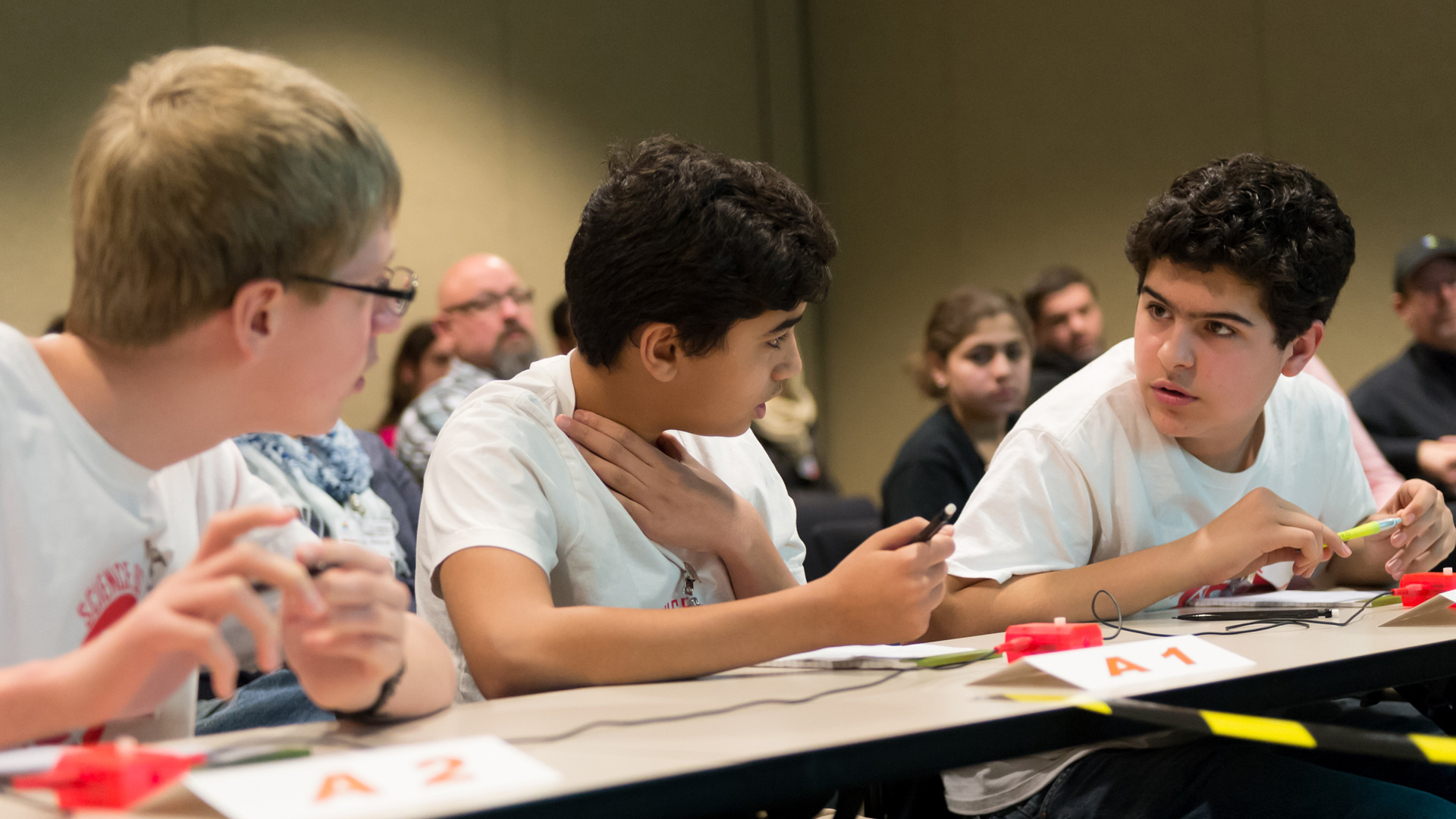