By
John Spizzirri
|
December 11, 2018
Argonne sheds light on congestion, energy and emission issues at one of America’s busiest airports

Chicago’s O’Hare International Airport has long been touted as one of the world’s busiest airports, at times, holding the top spot. But whatever its distinction in any given year, the airport is almost always bustling, commuting some 80 million passengers a year.

Those millions of people have to arrive at and leave the airport, and they must do so by some other mode of transportation, whether car, taxi, ride share or the local train system. Trains are often full, the local tollways packed. This doesn’t account for cargo and goods supplying both passenger and freight planes, restaurants, bars and hotels within and immediately surrounding the airport.

Now the City of Chicago is raising the ante with a new O’Hare expansion project that will replace an existing terminal with a larger, more global terminal, and build two additional. The expansion may grow the airport by as much as 25 percent, and add passengers and cargo at an annual rate of 2 percent and 10 percent, respectively.

Not only does this place a heavier burden on commuter and transportation systems, but it increases the amount of energy required to move all of those people, and, concurrently, increases emissions.

Through funding from the U.S. Department of Energy (DOE), researchers at the DOE’s Argonne National Laboratory, in conjunction with municipal and commercial partners, are developing a data-driven project aimed at understanding the status of the current congestion, as well as energy and emissions issues related to O’Hare. The data they collect will help predict the expansion project’s impact on congestion and energy and, alternately, support all partners in the development of transportation management strategies.

The project was one of 42 selected through an $80 million DOE initiative to support advanced vehicle technologies. Argonne received nearly $3.2 million under the Technology Integration category for its proposal on the use of distributed sensing and high-performance computing to reduce traffic in and around O’Hare, while minimizing energy consumption and emissions.

“The main objective is to supply data-driven decisions to congestion and energy issues using existing data and collecting new data,” says Aymeric Rousseau, manager of the Vehicle and Mobility Simulations Group in Argonne’s Energy Systems division. ​“Rather than trying to guess what technologies we can implement to mitigate these issues, we can actually go through the different technologies and quantify their impact, individually or collectively.”

One of the new data drivers for the project will be the installation of Waggle nodes around the airport. Waggle nodes comprise customized sensors and ​“edge” processors that allow for immediate analysis and transmittal of data.  Hundreds of Waggle nodes have been deployed for the Array of Things (AoT), a National Science Foundation-funded project with the City of Chicago.

Researchers hope to use the Waggle platform to capture specific information previously unavailable due to technology constraints. For example, while researchers have long had the ability to count cars, there is no reliable way to identify them.

Knowing whether a vehicle is a passenger car, a taxi or a medium-sized truck — even knowing make and model — extends the ability to understand where particular types of vehicles are more likely to occur, as well as their impact in terms of emissions — like telling the difference between an older model luxury car and an electric  vehicle.

Working on these types of sensor technologies is Argonne’s Mathematics and Computer Science (MCS) division, one of the project’s internal partners.

According to Nicola Ferrier, a senior computer scientist with MCS, initial Waggle nodes rely on simpler, well-tested sensors to measure urban environment-related conditions, from air quality to noise levels. The types of sensors needed for the O’Hare project will require more complex technology, such as high-fidelity cameras that require more computation in order to extract meaningful information from data.

“If you want to know that a vehicle is an Uber, for example, that requires the ability to pull information out of the image, but that’s a lot of data to transmit,” she says. ​“The goal is to have the computation done in the field and then throw it away for public privacy reasons.”

The challenge, adds Ferrier, is developing the appropriate algorithms to compute the essential data on the nodes and work at speeds and accuracies that would make the process practical.

Data collected through the stationary Waggle platform would work in concert with more mobile data collected by commercial partner Arity, a data and tech subsidiary of the Allstate Corporation. With a history in connected car telematics, they currently have about 10 million connected vehicles across the country collecting some 8 billion miles of driving data every month.

Using software development kits for smartphone applications and onboard diagnostic devices (OBD), Arity uses aggregated and anonymous data to understand travel patterns in specific regions — for example origin and destination, routes, and time spent behind the wheel. Vehicles with OBD plugins also are able to calculate fuel consumption, which speaks to the emissions aspect of the study.

“We are looking to help Argonne and cities like Chicago get a better understanding of how people move around their region so they can better develop holistic transportation strategies,” explains David D’Silva, group product manager for Arity’s Smart Cities program.

Historically, data that has been collected through surveys, which provide some information on frequency of travel to the airport. The airport itself collects data on the comings and goings of taxis and ride share vehicles, and the Chicago Department of Transportation has amassed data from its own sensors and cameras, as well as paper records that contain traffic counts recorded for various projects.

While most of the information will prove useful, it is currently stored in disparate locations. Rousseau and his colleagues are looking to its partners and other divisions within Argonne to not only modernize the process for collecting data, but integrate all of the information to more quickly and efficiently optimize solutions.

For example, project researchers are trying to determine how best to use Arity’s data in combination with Waggle to characterize the performance of potential transportation systems.

“If we want to change flow rates on the highway, we might use data from Arity’s sensors coupled with the Waggle nodes to see how effective selected strategies might be,” suggests Joshua Auld, the Argonne technical lead on the project.

Auld sits at the hub of this scientific/municipal/commercial collaboration, where the multiple and varied data streams and sources are integrated and analyzed, the output of which will help create and optimize simulation models of current and future transportation scenarios.

The team uses the agent-based modeling framework POLARIS to simulate large-scale transportation systems based on selected metrics, ranging from average speeds for a given time and location, energy use and competition for resources, like road space, capacity on public transportation, and taxi or ride share availability.

“This is an opportunity to test a lot of different, interesting things we’re doing with our models, to know which levers to pull in the simulation models to affect more optimal performance,” says Auld. ​“We want to make sure that, as O’Hare expands, we understand how to expand the transportation system without doing a lot of new construction.”

Another partner in the project, the Chicago Metropolitan Agency for Planning (CMAP) recently developed a comprehensive land use and transportation plan for the region, called On to 2050. Several of its goals are in lockstep with those of the sensing project, which includes conforming to national ambient air quality standards and easing the movement of goods, which would help maintain the region’s status as a North American freight hub.

Even more closely aligned to Argonne’s work is On to 2050’s recommendation to further harness technology to improve travel in the region.

“The deployment of the Waggle sensors should provide a lot more information that we don’t necessarily have about the O’Hare area,” says Craig Heither, a principal analyst with the CMAP. ​“And the modeling side presents a number of different strategies to improve mobility, which of course is something we’re really interested in.”

For Diego Ferrer and the Chicago Department of Aviation, the acquisition of more robust information about driver and passenger behavior will prove a boon, not only for immediate traffic and passenger routing efforts around the airport, but also in decision-making as the expansion moves forward.

“We’re interested in the results, of course, because at the end of the day it’s about maximizing mobility around the airport,” says Ferrer, managing deputy commissioner of IT and Telecommunications at O’Hare. ​“This project will help us gauge peak hours, identify the most congested routes and expose other traffic obstacles. Based on this information, we might decide to relocate things like parking structures or entrances to parking structures, or rethink how we route traffic.”

Unearthing these types of challenges is just as important to the project, its partners and end-users as collection and integration of data, notes Rousseau. In fact, it is the end-users — O’Hare, CMAP, the Department of Transportation and other city services — that will drive the queries for data and eventually affect the direction of simulation modeling and mitigation responses.

As the process evolves and successful elements emerge, the sensing project will provide benefits beyond those extended to O’Hare. Argonne will work with Arity as a commercialization partner in understanding the product market fits of this technology and potentially bring those services to the marketplace and other regions.

“We are in a unique position to make an impact in the City of Chicago, the Chicago metropolitan area and, eventually, other large urban areas,” says Rousseau. ​“This is not just a theoretical study, it is data-driven. And the data and solutions it produces will provide sound guidance to address current and future issues related to traffic and emissions universally.” 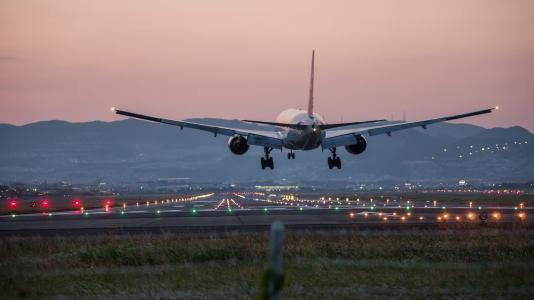 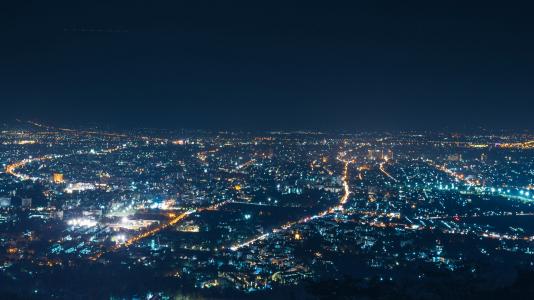 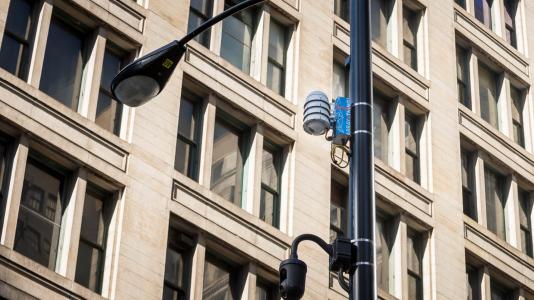 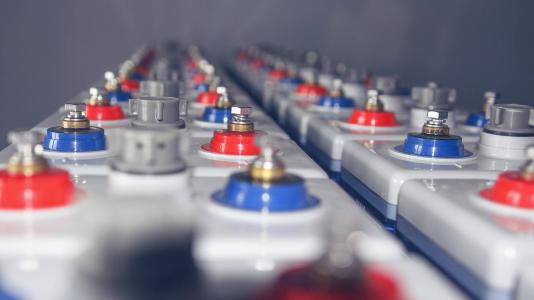