September 22, 2020
Argobots, a lightweight and highly flexible multithreading framework, has been named a finalist for the 2020 R&D 100 awards. 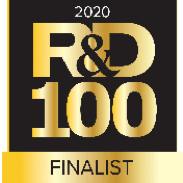 Argobots was developed by a team of researchers in the Mathematics and Computer Science (MCS) Division at Argonne National Laboratory, in collaboration with researchers at the University of Illinois at Urbana-Champaign and at Ground X.

“Argobots provides users with a highly efficient and highly flexible multithreading runtime that helps unleash the power of modern multicore computing systems,” said Pavan Balaji, a computer scientist in Argonne’s MCS Division and the principal investigator of the Argobots project.

Multithreading decomposes an application program into small work units called ​‘threads’ and distributes these threads to all the available computer cores so that these cores can execute them in parallel.

“Argobots includes numerous novel optimization techniques that allow it to achieve more than 500 times better performance than traditional operating system threads typically realize,” said Shintaro Iwasaki, a postdoctoral researcher at Argonne who leads the technical direction of the project. Iwasaki explained that Argobots provides a highly flexible software infrastructure that allows numerous other software tools and libraries to be built around it.

The prestigious R&D 100 competition, sponsored by R&D Magazine, recognizes the 100 most innovative technologies of the previous year. The 2020 competition’s finalists were selected by an independent panel of nearly 50 judges representing R&D leaders from around the world.

For further information about the finalists, see the R&D 100 website.