November 23, 2021
Jorge Moré was awarded the Laurea Magistrale honoris causa in Matematica at the University of Naples Frederico II.

The ceremony took place in the university’s Aula Magna on. Oct. 15, 2021, with a formal introduction by Matteo Lorito, rector of the Università degli Studi di Napoli Federico II, and by Cristina Trombetti, director of the Department of Mathematics and Applications. Moré was cited for his fundamental theoretical contributions and elegant analyses in numerical optimization, as well as his development of software libraries and the internet-based NEOS service for solving numerical optimization problems. The introduction was followed by a presentation by Moré and the conferring of the Laurea Magistrale honoris causa. 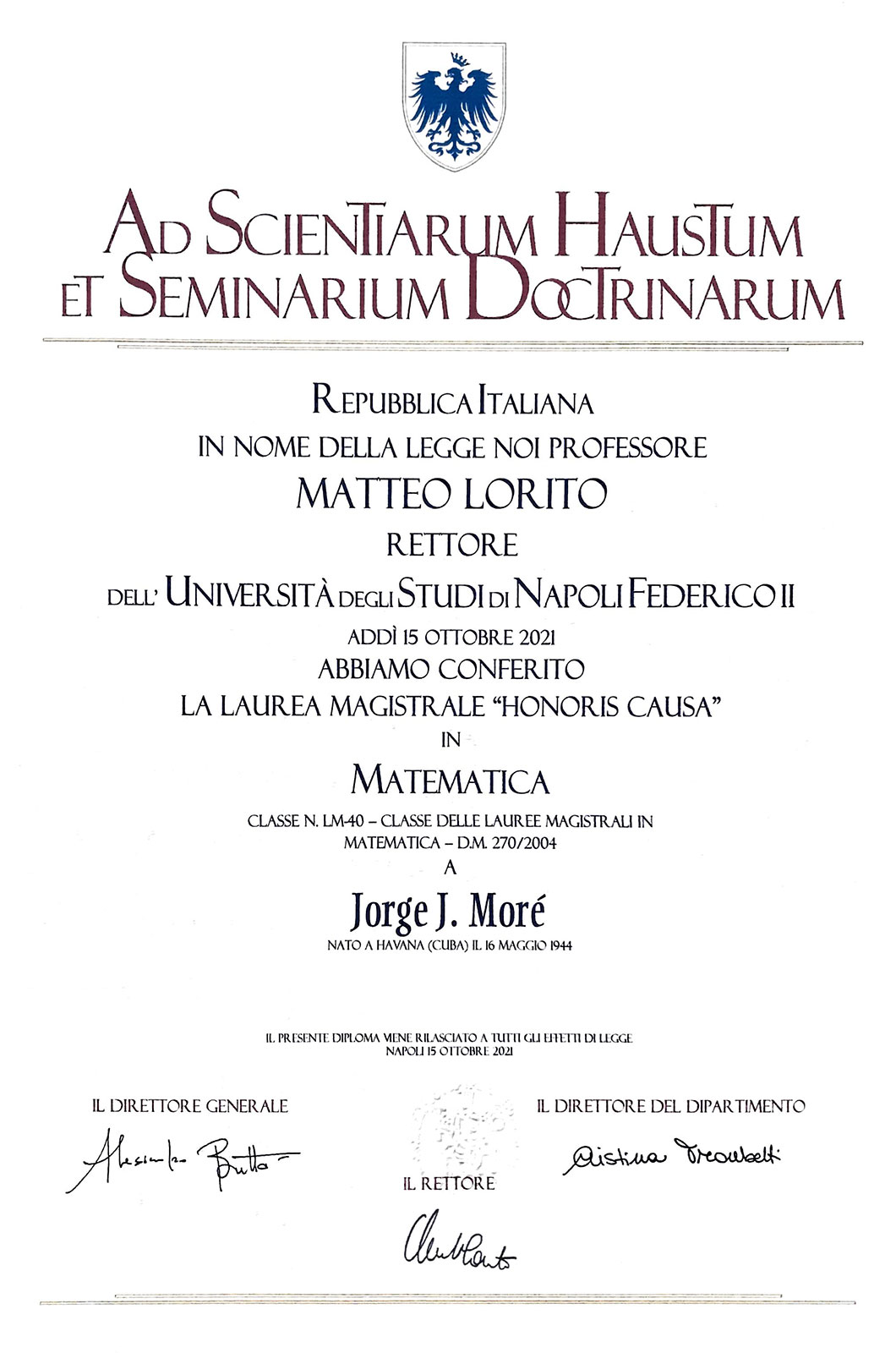 Moré received his Ph.D. in applied mathematics from the University of Maryland. After serving on the faculty as an assistant professor at Cornell University for five years, he joined Argonne National Laboratory as a computer scientist, where he rose to senior scientist. He was named an Argonne Distinguished Scholar in 2006, and he was one of the first SIAM fellows named in 2009. Moré retired from Argonne in 2011 as an Emeritus Scientist.

“I am deeply honored to have received this award,” said Moré. ​“When I started working in software development, it was essentially a new field to me. I was attracted by the theoretical challenges it presented, and I was fortunate in having a superb environment to carry out my research – not only for exploring innovative techniques such as trust-region methods and developing critical optimization software, but also for collaborating with experts in computer science, computational science, and domain science.”