The Array of Things (AoT) has been awarded a Midwest IoT Innovation Award. Established by the Illinois Technology Association and the Midwest IoT Council, the new award recognizes the ever-increasing accomplishments of the Internet of Things ecosystem. The award is given in five categories honoring both new organizations that are leveraging IoT and established companies expanding their application of IoT.

The AoT won in the category ​“Advancement,” which is given to a public sector organization that is ​“pushing the envelope of IoT itself or applying IoT to public sector process to drive better outcomes.”

The AoT started with the vision of using new sensor technology to gather real-time data about Chicago’s environment, infrastructure, and activities. The underlying software and hardware design was developed at Argonne National Laboratory as a research project in edge computing, led by Pete Beckman and assisted by collaborators Rajesh Sankaran and Charlie Catlett.

“Installing sensors in urban areas is not new. What makes the Array of Things the first of its kind is that these sensors work ​‘at the edge’ – processing image and audio data inside the sensor nodes,” said Beckman, co-director of the Northwestern Argonne Institute of Science and Engineering (NAISE).

The scale of the project is also noteworthy. In the past five years, more than 100 of these innovative sensors have been installed in Chicago alone, with a total of 500 planned, providing an experimental research platform to test new ​“smart city” concepts. And more sensors are being deployed, both in the city and around the globe, as scientists and communities alike recognize the enormous potential of such data.

“From the beginning, our mission with the Array of Things was to make data collected by the sensor nodes openly, publicly, and freely available,” said Catlett, head of the project and a senior computer scientist in the Mathematics and Computer Science (MCS) division at Argonne. ​“The data can be used by community groups to identify pockets of air or noise pollution, for example, or by city planners to determine optimal pedestrian and vehicular routes, or by researchers to study urban energy consumption.”

The project is also being used to help today’s youth gain a better understanding of this new digital technology. An educational program called the Lane of Things, which began at Chicago’s Lane Tech College Prep, has expanded to other schools, affording students hands-on experience using sensors similar to those in the Array of Things to build their own platforms.

The AoT staff acknowledge that they, too, have gained a better appreciation of the challenges raised by deploying experimental technology on this scale. ​“To meet the extreme weather conditions of Chicago – too much wind or too high a temperature, for example – we had to include custom electronics and enclosures for the nodes,” said Sankaran, lead engineer of the AoT project and an assistant computer scientist in Argonne’s MCS division.

Sankaran represented the AoT team at the sixth annual Chicago IoT Summit that was held on November 28, where they and the other Midwest IoT Innovation award recipients received their awards and participated in a panel discussion about their IoT solutions.

The Array of Things project is part of the Urban Center for Computation and Data, a joint initiative of Argonne National Laboratory and the University of Chicago. For more information on the project, see the website https://​array​ofthings​.github​.io/. 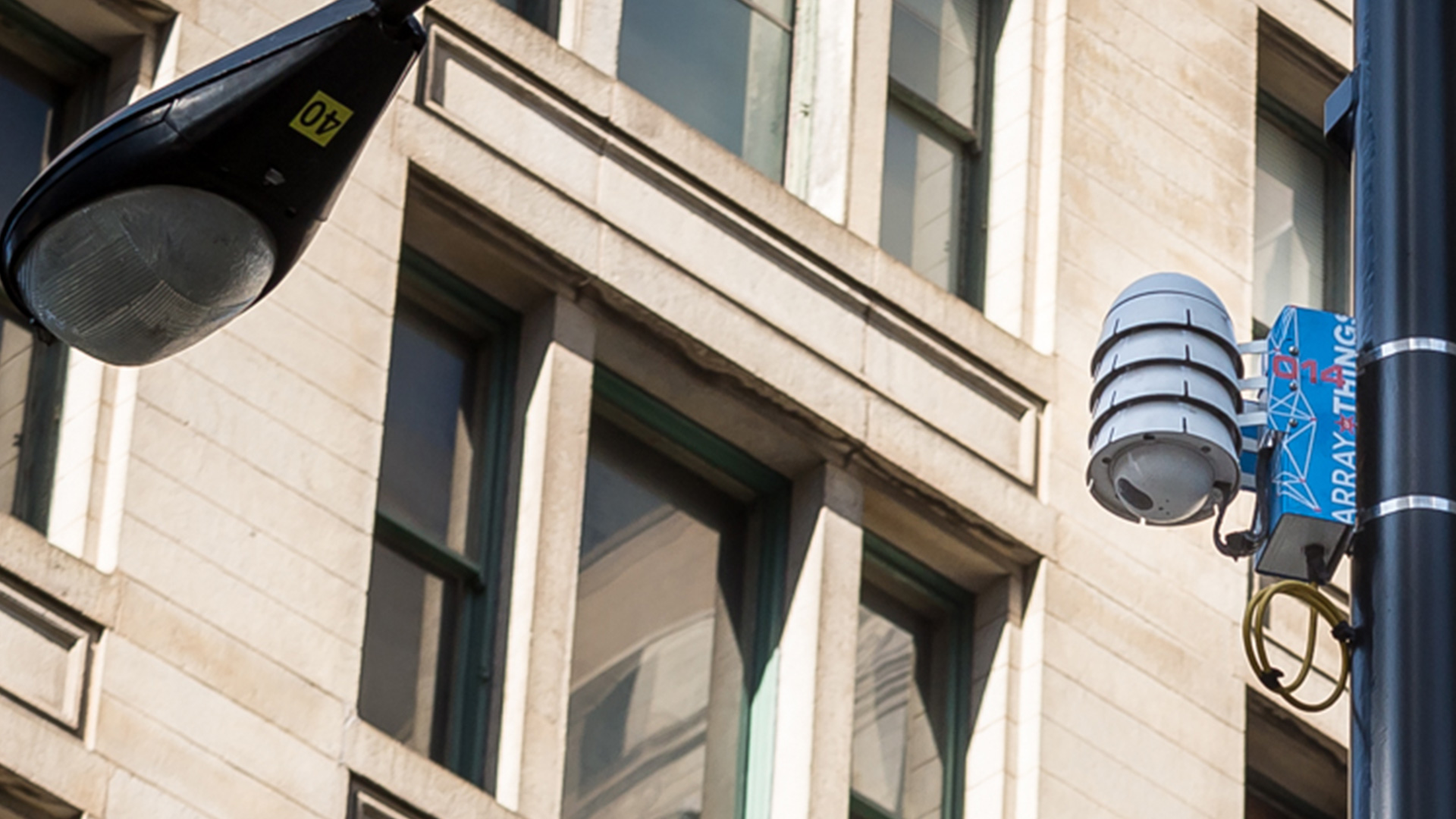 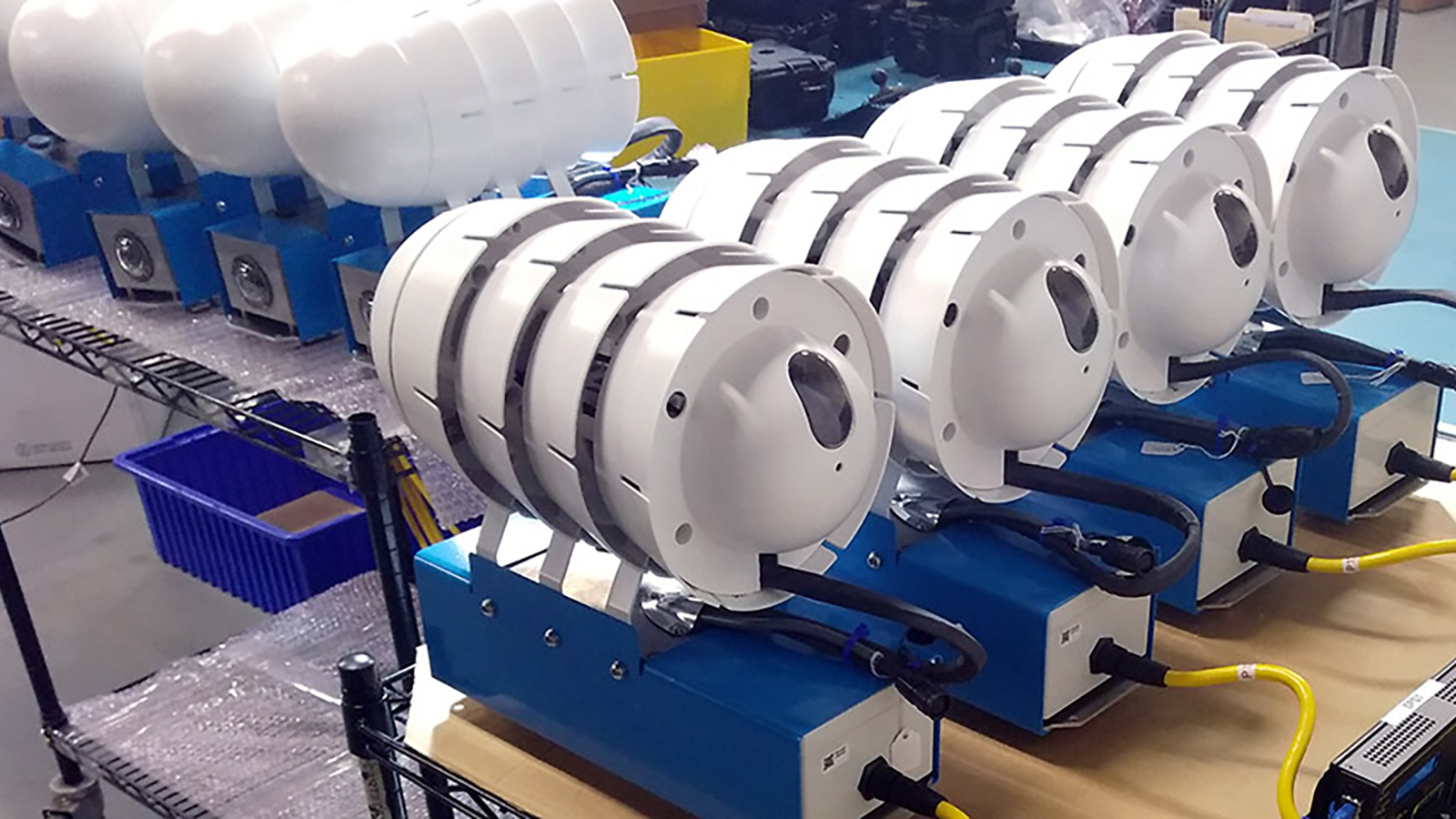