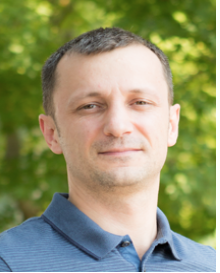 The GO competition, managed by the U.S. Department of Energy’s Advanced Research Projects Agency-Energy (ARPA-E), comprises a series of challenges to accelerate the development and evaluation of new software solutions for tomorrow’s electric grid. The first challenge of the GO competition involved developing a minimum-cost solution for security-constrained optimal power flow (SCOPF).

“In tackling the SCOPF problem, our team had to solve many mathematical and computational challenges – SCOPF’s large size, nonlinearity, nonsmoothness, nonconvexity and ill-conditioning,” said Petra.

More than two dozen teams from national labs, industry and academia participated in Challenge 1. The teams submitted their algorithms to the competition, which were then tested and evaluated by Pacific Northwest National Laboratory. The competition involved 17 synthetic network models with 20 scenarios each and three industry models with four scenarios each – for a total of 352 scenarios. Four divisions each evaluated the results and scored the participants on how well their algorithms performed relative to other competitors’. GOLLNLP’s work consistently demonstrated low cost and high quality, whether in real time or offline settings. In an email to listservs around the world, the ARPA-E program director described the ​“very strong first place” of GOLLNP in each division as ​“amazing.” The team was also singled out for kudos on the ARPA-E GO home page:

The team accounted for over half of the best scenario scores: 816 first places out of a possible 1408 or 58%! The team with the second most firsts had only 282 (20%).… For the 17 synthetic datasets, [GOLLNP] had the lowest network geometric mean score for 13 networks in Divisions 1 and 3 and 10 for Divisions 2 and 4. For the 3 industry datasets, their network geometric mean score placed first twice and second once in Divisions 1 and 3 and placed first once and second twice in Divisions 2 and 4.

Petra attributed the success to the team’s ​“mathematically sound algorithmic approach that leverages the features present in SCOPF to make an extremely efficient use of parallel computing.” The GOLLNLP team also included Ignacio Andres Aravena Solis, an operations research engineer at LLNL, and Ph.D. students Omar DeGuchy from the University of California, Merced, and Juraj Kardos from the Università della Swizzera italiana, Lugano (while at LLNL).

“This research is closely related to the work being done in MACSER, with its emphasis on security-constrained optimal power flow,” said Mihai Anitescu, a senior computational mathematician in the Mathematics and Computer Science Division at Argonne and head of the MACSER project. ​“The advanced optimization techniques developed by Petra and his team are vital for improving the grid’s resilience while minimizing system costs.”

The GO Competition was announced by the U.S. Secretary of Energy in 2018, and Challenge 1 was the first such event funded by ARPA-E. The top ten winners will share a total of $3.4 million, which they can use to further develop their approaches and pursue industry adoption of their technologies.

For further details about the GO competition, see the competition results web page.

Quantifying the occurrence and features of rare, high-impact events and designing energy systems to withstand them