Rare-earth perovskites RNiO3 (R = rare earth) exhibit metal-insulator transitions and magnetic ordering temperatures that are controlled by ionic size. Single crystals have been elusive, with only small samples prepared under extremely high (6 GPa) pressures. We have successfully grown LaNiO3 single crystals using a high-P zone furnace under conditions of 30-50 bar oxygen and report physical properties of this metallic nickelate perovskite. A small concentration of oxygen vacancies (~0.5%) was found and may contribute to the magnetic susceptibility.

The perovskite nickelate LaNiO3 has been the subject of intense research in the past decades, ranging from quest for superconductivity in the bulk polycrystalline samples via doping by and in thin films. However, certain fundamental issues surrounding the physics of LaNiO3 remain in question. In particular, (1) whether LaNiO3 is a strongly or weakly correlated metal. (2) whether LaNiO3 lies close to a quantum critical point, and (3) whether the enhancement (mass vs. Stoner enhancement) of the paramagnetic susceptibility is of Stoner or mass). To solve fundamental questions on LaNiO3 such that mentioned above, single crystals are needed. However, to date no such crystals have been available. We report the successful growth of single crystals of LaNiO3 using a high pressure floating zone furnace. We studied the crystal structure by combined single crystal x-ray and high-resolution powder x-ray diffractionand characterized resistivity, heat capacity and magnetic susceptibility. 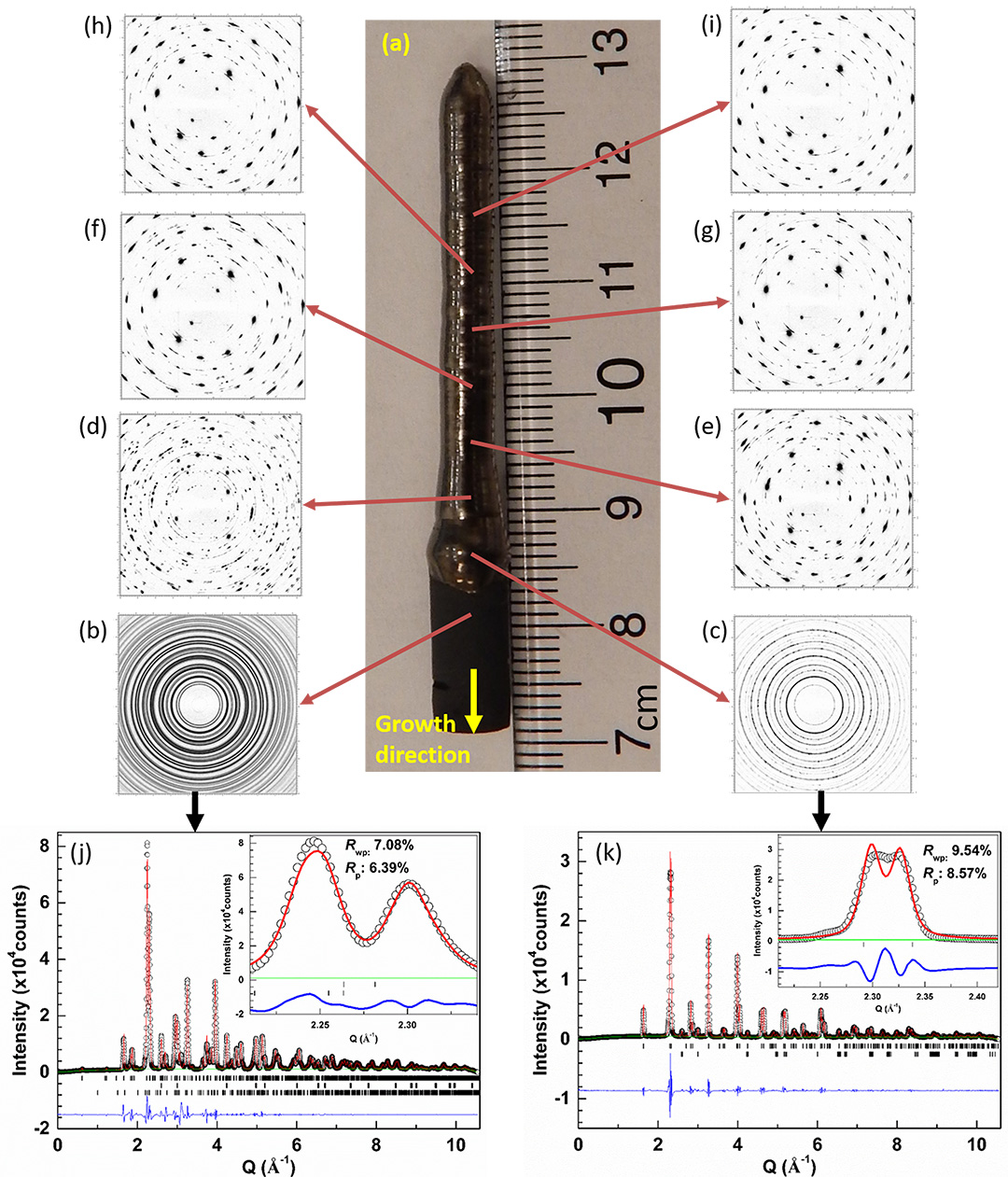 This work was supported by DOE-BES Materials Science and Engineering Division. Use of the Advanced Photon Source at Argonne National Laboratory was supported by the U.S. Department of Energy, Office of Science, Office of Basic Energy Sciences, under Contract No. DE-AC02-06CH11357.