In addressing operation, one needs to differentiate between autonomous operation and automated operation. The former involves exercising judgement, in this case by a machine, to arrive at a decision while the latter involves executing the control task that is the consequent of the decision. That control task is defined as part of a maintenance procedure or an operating procedure. The accompanying figure shows an arrangement of building blocks for achieving autonomous operation.

Under autonomous operation, the business of exercising judgement and then making a decision can be organized according to the type of anomaly. There are slow changing equipment faults that require either maintenance actions or system capacity reduction to preserve component health. In either case there is a procedure to be executed and its identity can be established through the use of quantitative reasoning to diagnose the fault. On the other hand, there are fast changing faults that require control actions or equipment reconfiguration to avert a shutdown. The appropriate mitigating procedure can be identified through the use of qualitative reasoning to diagnose the fault.

Here we presuppose the above and describe control algorithms for use in a procedure to accomplish an operating or maintenance objective.

Maintenance and operating procedures have at their root some performance objective that has an associated metric whose value needs to be predicted. This prediction can be ether data-driven or physics-based.

For those processes that are complex and not amenable to first principles modeling a data-driven approach may be the preferred approach. The prediction of fraction of water that carries over as a liquid in a BWR steam dryer has been treated by us using this approach. First principles modeling of two-phase flow is still an evolving discipline. The figure below shows prediction results from a data-driven model from recent work for a U.S. utility.

A physics-based model was recently used to provide a high-precision prediction of the cold side temperature leaving the precooler of a supercritical carbon dioxide power conversion cycle. The accuracy required to enable temperature control near the critical point exceeds that achievable with a resistance temperature detector (RTD). This temperature must be precisely controlled if maximum cycle efficiency is to be obtained. A schematic for the Kalman filer state observer used to predict this temperature is shown below. 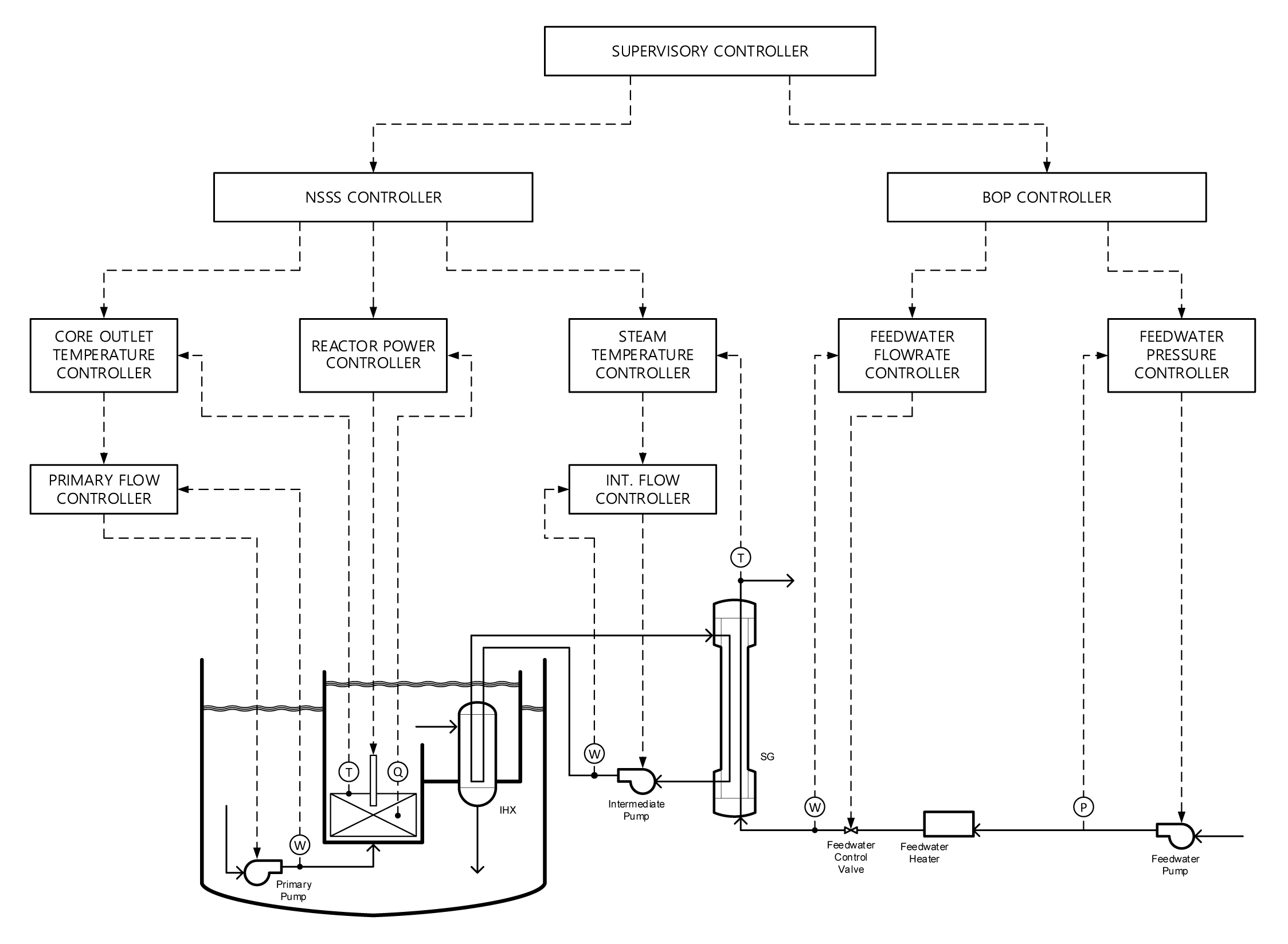 Given a metric for system performance and a means to measure it, a control system provides the capability to manipulate actuators to maximize performance.

Limiting thermal stress is an important design objective for advanced reactors. Hierarchical control is an approach we have used to regulate hot-side temperature through the plant during operational maneuvers that would otherwise result in unwanted temperature swings. As seen in the figure for the case of a sodium fast reactor, individual controllers regulate key process variables at the lower level while setpoints are coordinated from above. The result of the desired temperature regulation is shown in the second figure where an optimization procedure in conjunction with a digital twin was used to determine the actuators inputs. The figure shows plant temperature as function of steady state load over the range of normal operation after optimization of actuator inputs. 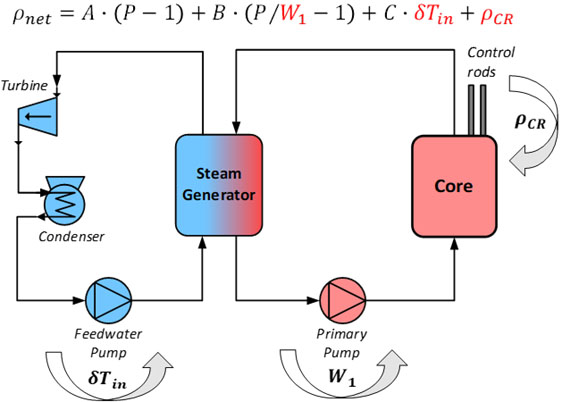 Some performance optimization problems involve additional complexities such as system operation over a non-linear region, regulation of process variables that are not measured, and multiple process variables to be simultaneously regulated during transients that excite dynamics. These control problems can be addressed through model-based predictive control where a digital twin represents the dynamic behavior of the system and is embedded in an optimization procedure that generates the actuator inputs that provide the desired regulation.

The fast runback transient is an example of a control problem exhibiting strong non-linearities and having significant dynamic excitation. This transient begins with an unexpected disconnect from the grid followed by a runback of electric power to house load in preparation for a presumed re-connect. The main goal of the fast runback control strategy is to bring the system to the desired reduced power level as promptly as possible. To solve this large multivariable constrained control problem as is suggested in the accompanying figure, model-based predictive control algorithm was adopted. 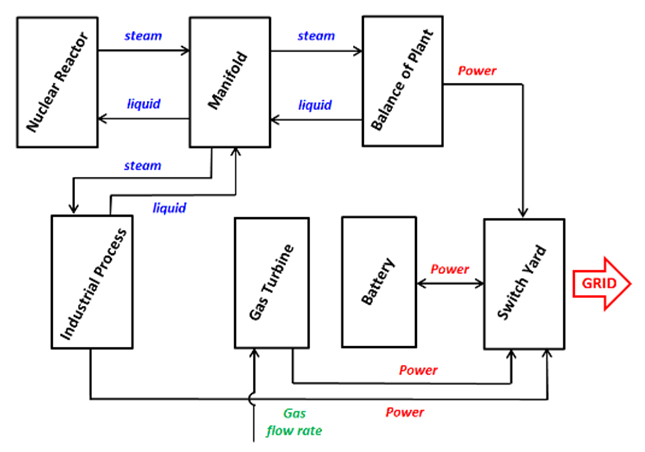 Some control problems exhibit hard constraints that must be enforced to protect plant investment. We have encountered this type of problem in systems where there are multiple and diverse physical plants that need to be coordinated collectively toward a common objective in the face of exogenous variability.

The integrated energy system represented in the figure is an example. The system performance measure is cost of electricity which needs to be minimized at the same time the system is subject to an exogenous electricity demand that is variable and has a stochastic component. The optimization will force an increase in turbine inlet temperature to achieve maximum thermodynamic efficiency but there are also material temperature limits that must not be exceeded. These are hard constraints. This problem has been solved using the reference governor problem approach that is shown in the accompanying figure. This algorithm acts like a supervisory control system layer. It ensures that the set-points issued to the low-level controllers (PID) will not lead to violations of constraints associated with the main process variables (thermo-mechanical stresses, power ramps, etc.).