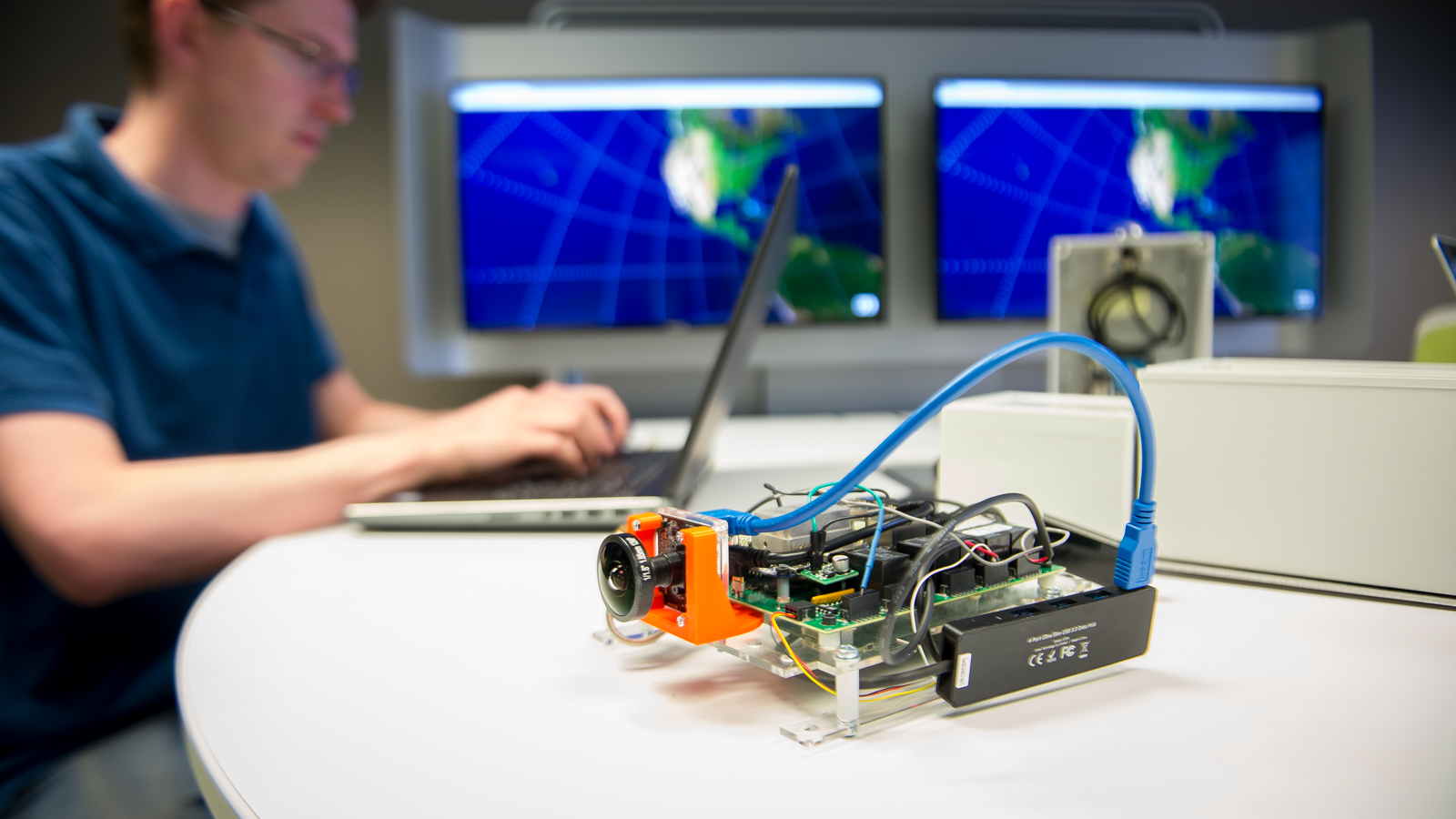 Every day across nearly every industry, computers process vast amounts of data. In the national security sector, computers are being pushed to the next level. Specialists feed data into computers, analyze the results and develop advanced models to inform decision making.

A key focus area for scientists at Argonne is the study of small Unmanned Aerial System (UAS) detection. The commercial market for small ​“drones” has grown--by the end of 2015, more than two million units had been sold in the United States. Many of these remain unregistered and the risk for potential incidents involving these systems is of concern. To address the rising rate of incidents and protect critical infrastructure, law enforcement agencies need better tools to detect and identify UAS drones.

Argonne scientists approached the challenge through machine learning and deep learning. These techniques allow computer systems to learn automatically, using patterns identified in the data, to improve searches, predictions and take preventive action. The wide variety of UAS drones on the market means machines needed to be able to learn about differences and similarities across the various units available.

Machine learning requires highly specialized computers to collect and interpret vast amounts of data. Argonne National Laboratory is home to two of the world’s largest supercomputers, Theta and Mira. These supercomputers can process extremely complex operations for techniques such as mathematical optimization for machine learning, statistical data fusion and massively parallel hyper-parameter search tuning to improve the learning speed and accuracy of the models.

Argonne National Laboratory is collaborating with Soldier Field in Chicago to test these methods. Ten sensor nodes have been mounted on light poles near the stadium to monitor nearby UAS activity. By placing these in areas nearby the stadium, appropriate authorities would be alerted to UAS activity before the aircraft reach the stadium. Based on results, this system could be implemented at critical infrastructure sites across the country. These autonomous systems are low cost, allowing them to be easily deployed to cover a large area.