Diamond thin films have remarkable properties that have the potential to meet the rising demand for more efficient electronics that deliver and convert power. Argonne’s portfolio of ultrananocrystalline diamond (UNCD) pending and issued intellectual property covers a suite of critical semiconductor processes, such as chemical vapor deposition – which is the process of growing a layer of polycrystalline diamond on a semiconductor wafer or glass at low temperature – as well as doping, which refers to the process of intentionally introducing impurities into an extremely pure semiconductor in order to modulate its electrical properties.

The portfolio also covers the formation of circuit elements such as transistors by integration with graphene, or by fabrication of microelectromechanical systems based on diamond, which are then connected to form complex circuits, compatible with complementary metal oxide semiconductor (CMOS) technology.

This portfolio also includes the integration of electronic circuits that are built on a single semiconductor base material or single chip.

Various applications include, but are not limited to:

View table of UNCD technologies that are available for licensing

Argonne Scientists have discovered that they can substitute one-atom-thick graphene layers for either solid- or oil-based lubricants on sliding steel surfaces, enabling a dramatic reduction in the amount of wear and friction.

Reducing energy and materials losses in these moving mechanical systems due to friction and wear remains one of the greatest engineering challenges of our time. Current lubricants have disadvantages such as environmentally unfriendly additives, or are environmentally unfriendly themselves. The oil-based lubricants need to be consistently reapplied, producing additional waste.

The cost of applying solid lubricant coatings is rather high and, due to finite thickness, they do not last very long and must be reapplied thus increasing cost. On the other hand, a graphene coating can be applied to the surface simply by spraying the surface with a solution containing a very small amount of graphene, it does not require any additional processing steps and does not produce any hazardous waste.

The graphene was found to adhere strongly to the surface during testing. Even partial coatings are very effective at reducing friction because of the ability of the graphene to reorient itself during initial wear cycles, and can last a considerable length of time providing a low friction during sliding.

Argonne’s portfolio of graphene material pending and issued intellectual property has a number of applications that include, but are not limited to:

View table of graphene nanodiamond technologies that are available for licensing

What if you only had to charge your phone twice a year? What if sensors were 100 times as smart and half the size they are today?

Thanks to work by Argonne researchers, those scenarios aren’t as outlandish as they might sound.

Argonne has patented technology to produce wafer-scale graphene that helps electronics run faster, cooler, more efficiently, and at a lower cost. The technology won a 2017 TechConnect Innovation Award. The TechConnect Innovation Awards recognize the top 15% early-stage innovations submitted from around the world through an industry-review process.

Graphene has only been around for a decade, but it is growing fast. Whether it be graphene-based RF electronics, battery electrodes with high thermal conductivities, or technology for fabricating ultrasensitive sensors, the market for graphene is expected to continue to grow.

Argonne is actively seeking industry partners with interest in licensing these technologies or collaborating with Argonne on further development.

Nanotechnology moves from the clean room to the classroom 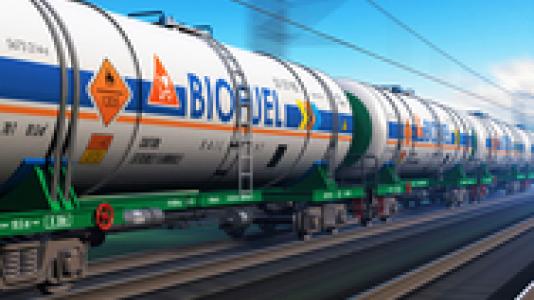 Slip sliding away: Graphene and diamonds prove a slippery combination 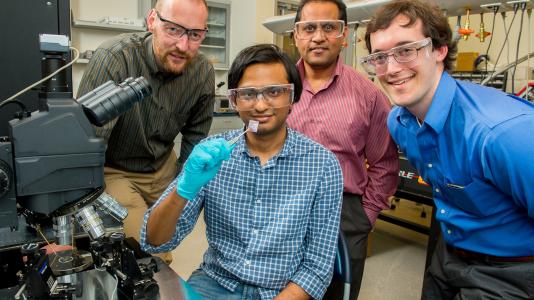 The brilliance of diamonds