Equipping Local and Regional Communities to Act: The Path to High-Resolution Climate Models Informing Adaptation Strategies
To build resilient communities, leaders and community members need information about the potential impacts of climate change decades in the future. This discussion will focus on high-resolution climate projections and how they guide the development of local actions and strategies optimized to minimize climate impacts. Speakers will also discuss the need for two-way communication between researchers and community members to enable science-driven solutions for communities' biggest challenges, and the path toward cutting-edge science providing the best possible guidance to stakeholders as they invest in climate resilience. 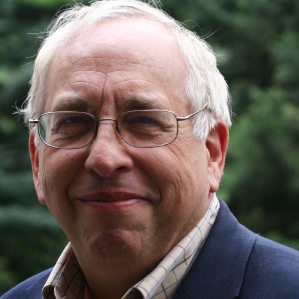 Donald J. Wuebbles is the Harry E. Preble Professor of Atmospheric Science at the University of Illinois. He also led the development of the Center for Urban Resilience and Environmental Sustainability (CURES) across the three UI campuses. From 2015 to early 2017, Wuebbles was Assistant Director with the Office of Science and Technology Policy at the Executive Office of the President in Washington D.C., where he was the White House expert on climate science.  He was Head of the Department of Atmospheric Sciences at the University of Illinois from 1994 to 2006. Wuebbles also led the development of the School of Earth, Society, and Environment, and was its first director.

Wuebbles is an expert in atmospheric physics and chemistry, with over 500 scientific publications related to the Earth’s climate, air quality, and the stratospheric ozone layer. However, his work goes well beyond that through providing analyses and development of metrics used in national and international policy and in developing analyses for understanding climate impacts on society and ecosystems, plus potential resilience and societal responses. He has been a leader in a number of international and national scientific assessments, including being a Coordinating Lead Author on several international climate assessments led by the Intergovernmental Panel on Climate Change (IPCC) that resulted in IPCC being awarded the Nobel Peace Prize in 2007. 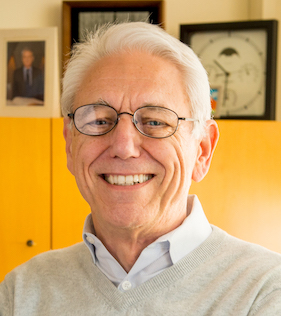 George Crabtree is Director of the Joint Center for Energy Storage at Argonne National Laboratory, and a Distinguished Professor of Physics, Electrical, and Mechanical Engineering at University of Illinois–Chicago. He leads research on creating next-generation electricity storage technology beyond lithium-ion batteries. He has directed workshops on energy science and technology for the U.S. Department of Energy; is a member of the National Academy of Sciences; and has testified before the U.S. Congress on the hydrogen economy, meeting sustainable energy challenges, the prospects for next-generation electrical energy storage, and accelerating energy storage on the electricity grid. 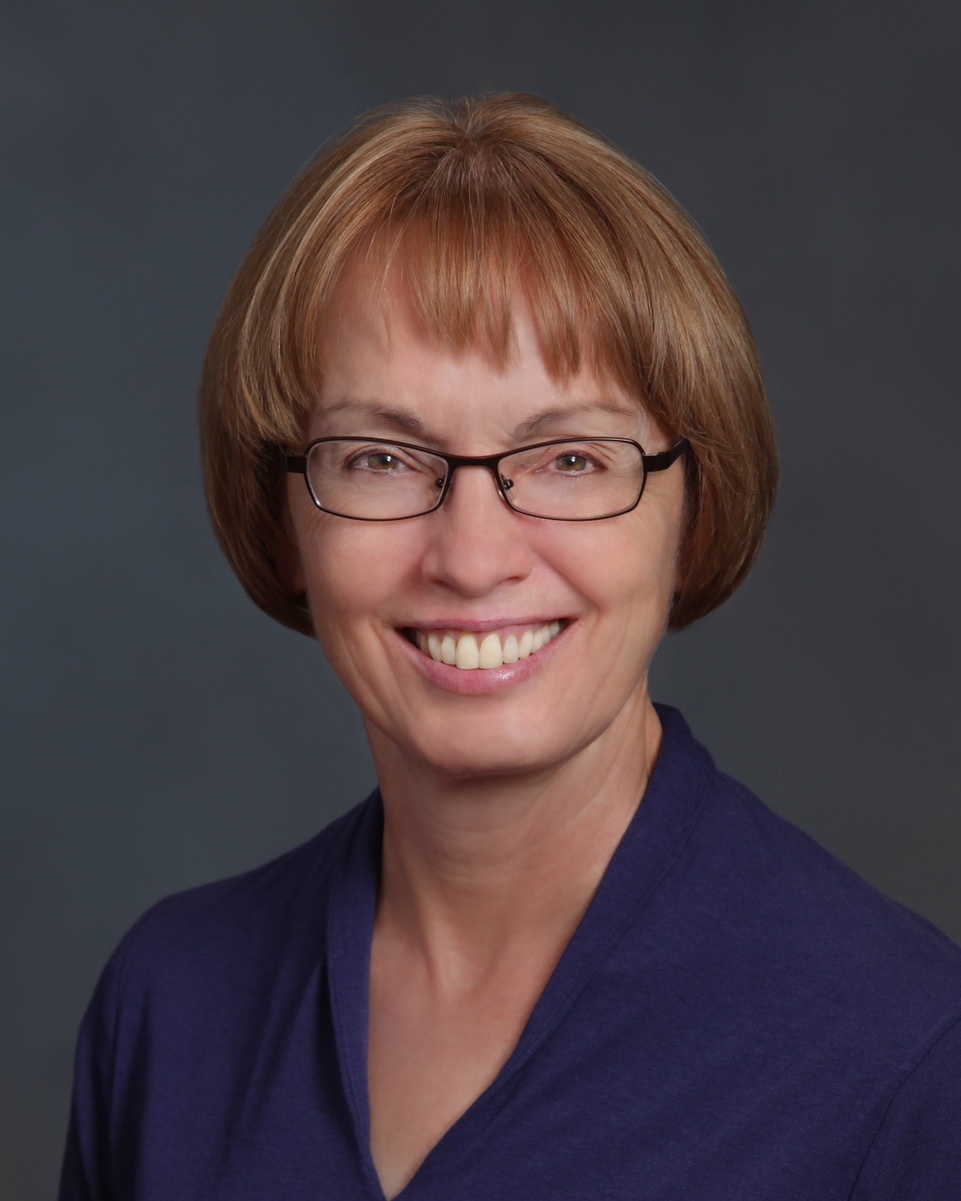 Kristie L. Ebi is Professor in the Center for Health and the Global Environment at the University of Washington. She has been conducting research and practice on the health risks of climate variability and change for nearly 25 years, focusing on understanding sources of vulnerability; estimating current impacts and future health risks; designing adaptation policies and measures to reduce the risks of climate change in multi-stressor environments; and estimating the health co-benefits of mitigation policies. She has supported multiple countries in Central America, Europe, Africa, Asia, and the Pacific in assessing their vulnerability and implementing adaptation measures. She also co-chairs the International Committee On New Integrated Climate change Scenarios (ICONICS), managing the process of developing the Shared Socioeconomic Pathways. She has been an author on multiple national and international climate change assessments. She is credited with more than 200 publications and has edited four books on aspects of climate change. 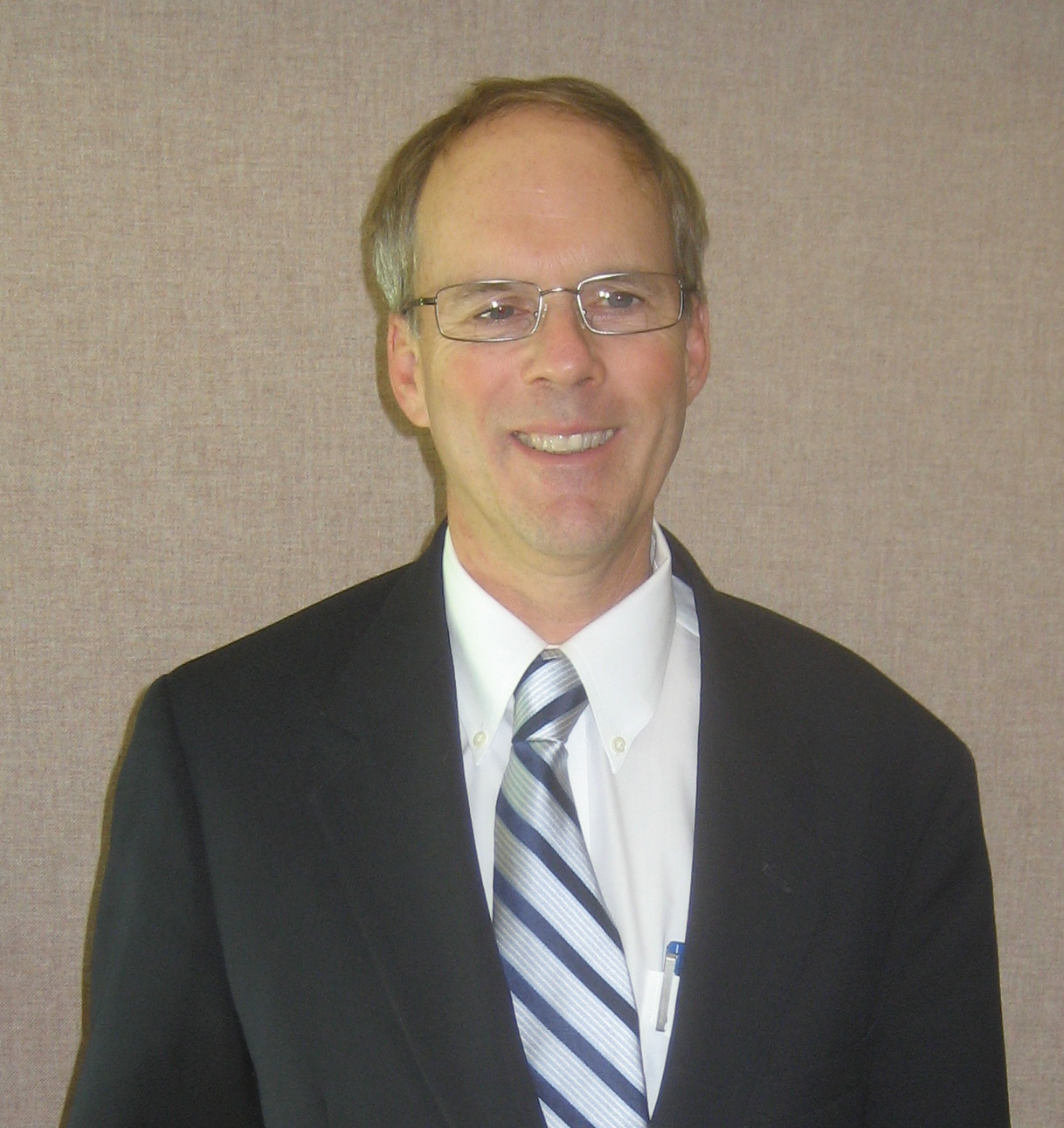 Gerald (Gary)Geernaert serves as the Division Director for Earth and Environmental System Sciences within the U.S. Department of Energy (DOE). In this capacity, he oversees atmospheric, ecological, and climate science research carried out by the Department, and he serves as the DOE Principal to several subcommittees of the National Science and Technology Council.  In previous appointments, he served as Director of the Institute of Geophysics and Planetary Physics at Los Alamos National Laboratory; Department Director at the Danish Environmental Research Institute; Program Manager at the Office of Naval Research; and research scientist at the Naval Research Laboratory. Over the course of his career, he has lectured extensively in the atmospheric and related sciences, and he taught science policy at the University of Copenhagen. He is credited with more than 100 peer-reviewed publications, including four books. 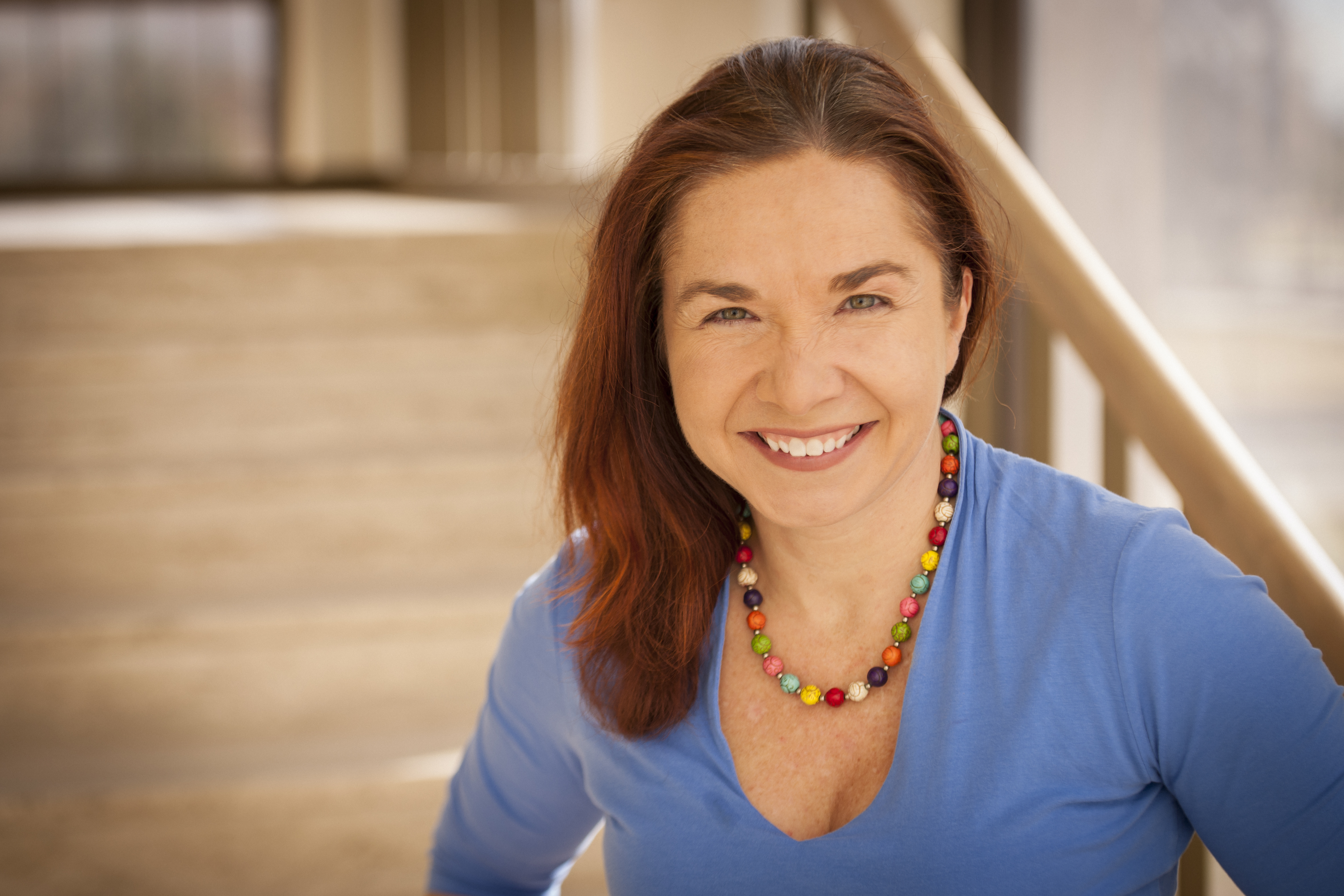 Katharine Hayhoe is an atmospheric scientist whose research focuses on understanding what climate change means for people and the places where we live. She is the Chief Scientist for The Nature Conservancy and a Horn Distinguished Professor and Endowed Professor of Public Policy and Public Law in the Department of Political Science at Texas Tech University. Her book, Saving Us: A Climate Scientist’s Case for Hope and Healing in a Divided World, will be released in September 2021, and she also hosts the PBS digital series “Global Weirding,” currently in its fifth season. Hayhoe has been named one of TIME's 100 Most Influential People, the United Nations Champion of the Environment, and the World Evangelical Alliance’s Climate Ambassador.

Science in Action
U.S. Department of Energy National Labs Advancing Actionable Climate Projections
New advances in computing, including artificial intelligence, are revolutionizing the accuracy of climate models. In this conversation, researchers from U.S. Department of Energy national laboratories will outline the path and vision for developing models that meet two key needs: projecting climate impacts decades in the future and delivering highly accurate data for individual regions and cities. They will discuss how these high-resolution climate projections will provide actionable information that individual communities can use to build resilience. 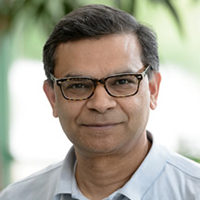 Rao Kotamarthi is Chief Scientist/Department Head for Argonne National Laboratory’s Climate and Earth System Science group. In this position, he provides strategic leadership for the group and the division and assists in program development activities. Kotamarthi has nearly 30 years of experience in regional- and global-scale modeling of air quality and atmospheric composition and regional scale climate. His work leverages high-performance computing (HPC) and applied mathematics to develop models for environmental problems. He has authored more than one hundred journal articles and technical reports and a book. At present, he serves as the Principal Investigator for projects funded by the U.S. Department of Energy’s Office of Biological and Environmental Research and Office of Energy Efficiency & Renewable Energy and several private sector entities on topics ranging from atmospheric aerosols and regional-scale climate modeling to wind energy. He holds a PhD in Chemical and Biochemical Engineering from the University of Iowa and a certificate in strategic laboratory leadership from the Booth School of Business, University of Chicago. 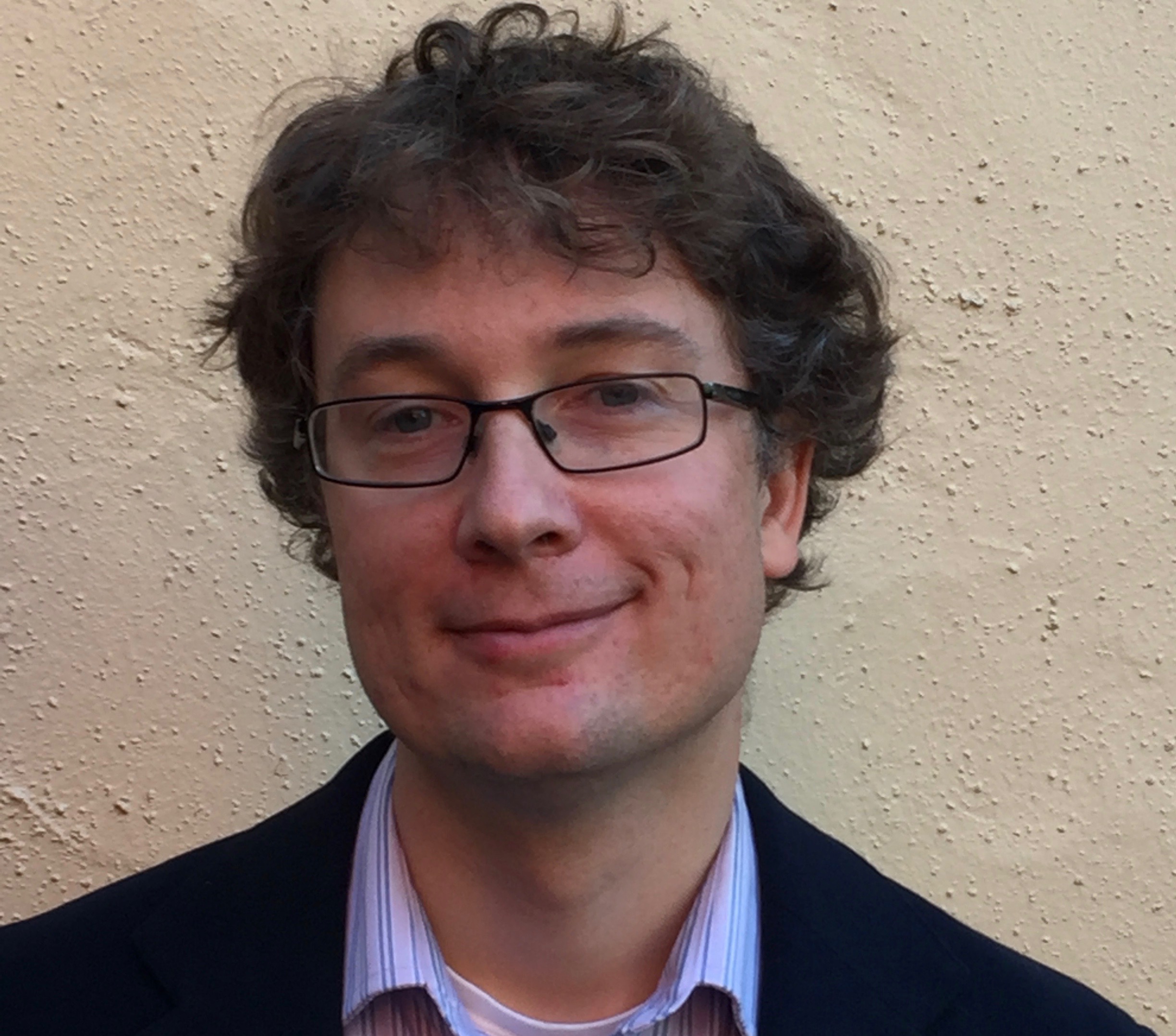 Peter Caldwell is deputy leader for the Cloud Processing and Modeling group at Lawrence Livermore National Laboratory. Caldwell leads the Simple Cloud-Resolving E3SM Atmosphere Model (SCREAM) project, which is aimed at creating a global cloud-resolving model for the U.S. Department of Energy that runs efficiently on GPU hardware. In addition to model development, Caldwell is an expert in cloud physics, feedback analysis, and climate statistics. He is also an Associate Editor of JAMES and co-chair of the atmospheric modeling group of the Community Earth System Model. Peter received an MS in mathematics in 2001 from Western Washington University and a PhD in Atmospheric Sciences from the University of Washington in 2007.

L. Ruby Leung is a Battelle Fellow at Pacific Northwest National Laboratory. Her research cuts broadly across multiple areas in modeling and analysis of climate and water cycle, including orographic precipitation, monsoon climate, extreme events, land surface processes, land-atmosphere interactions, and aerosol-cloud interactions. Leung is the Chief Scientist of the U.S. Department of Energy’s (DOE’s) Energy Exascale Earth System Model (E3SM), a major effort involving more than 100 earth and computational scientists and applied mathematicians to develop state-of-the-art capabilities for modeling human-Earth system processes on DOE’s next-generation high-performance computers. She has organized several workshops sponsored by DOE, the National Science Foundation, the National Oceanic and Atmospheric Administration, and the National Aeronautics and Space Administration to define gaps and priorities for climate research. She serves as a member of the Board on Atmospheric Sciences and Climate, National Academies of Sciences, Engineering, and Medicine and an editor of the American Meteorological Society (AMS) Journal of Hydrometeorology and American Geophysical Union (AGU) Journal of Geophysical Research-Atmospheres. She has published more than 350 papers in peer-reviewed journals. Leung is an elected member of the National Academy of Engineering and Washington State Academy of Sciences and a fellow of the AMS, AGU, and American Association for the Advancement of Science. She received the AGU Global Environmental Change Bert Bolin Award and Lecture in 2019 and the AGU Atmospheric Science Jacob Bjerknes Lecture in 2020. She holds a BS in Physics and Statistics from Chinese University of Hong Kong and an MS and PhD in Atmospheric Sciences from Texas A&M University.