Imagine predicting the effects of climate change with uncanny accuracy, finding the right materials to significantly extend the range of battery-powered cars, or pinpointing the defect in the human brain that causes Parkinson’s — all in a matter of weeks or months instead of years or decades. This is the future of science. And it’s coming to Argonne.

Transformational science with Aurora and the upgraded Advanced Photon Source

Argonne is building two new powerhouse research tools that will be transformational for research. One is an upgrade of the Advanced Photon Source, or APS, a world-leading light source. The other is an addition to the Argonne Leadership Computing Facility, called Aurora, a next-generation supercomputer.

Together, the two will transform how science is carried out, empowering scientists to make discoveries at unprecedented speeds. No other research laboratory hosts a comparable dynamic duo of technology, each boosting the power of the other.

Aurora will be one of the nation’s first exascale computers, capable of delivering more than 2 exaflops of computing power, or more than 2 billion billion calculations per second. It will also be 100 times faster than current systems at the Argonne Leadership Computing Facility.

The APS is essentially a powerful microscope, using X-rays — a billion times brighter than those in your dentist’s office — to peer deep inside materials. Once upgraded, the APS will generate X-ray beams that are up to 500 times brighter than what it can produce currently.

Individually, the two machines represent a massive leap forward in technology. Together, they will spur revolutionary science by enhancing capabilities in real-time imaging and enabling rapid interpretation of results and trends. Their co-location on the Argonne site means that they can exchange data practically instantaneously, working as an integrated tool for science.

The upgraded APS will generate enormous quantities of diverse data that will be fed to Aurora for data-driven discovery and to train its artificial intelligence models. These will accelerate the computations of complex systems, sometimes by 1,000 times or more. They will also expedite some of the most intensive computational tasks, boosting scientists’ ability to unravel complex phenomena

With its advanced capabilties in AI, modeling and simulation, image processing, and statistical analysis, Aurora will quickly sift through large volumes from the APS, identify data features that merit closer inspection, and enable APS researchers to better focus their experiments. Aurora’s near real-time analysis will be able to make on-the-fly decisions that guide scientists as they search for key features in APS’s mountain of data.

Both Aurora and the upgraded APS will be open to researchers from around the globe. The facilities are supported by funding from the U.S. Department of Energy. 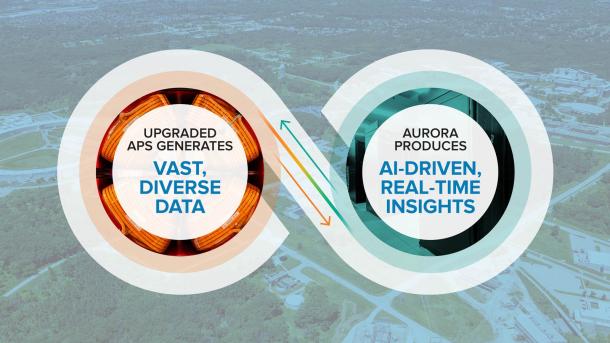 At the APS Upgrade’s offsite facility, powerful magnets and other components are being assembled in preparation for the year-long installation period beginning in April 2023.
Accelerator Science and Engineering, X-Ray Science and Technology, Synchrotron Science
Press Release 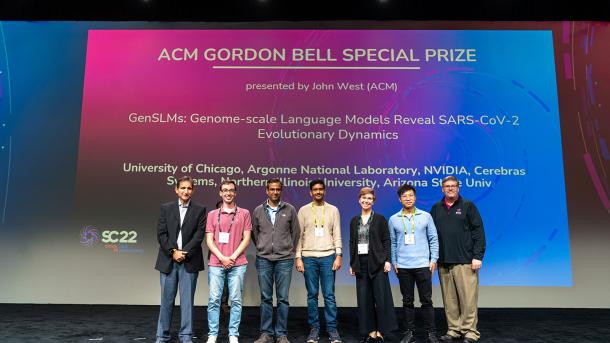 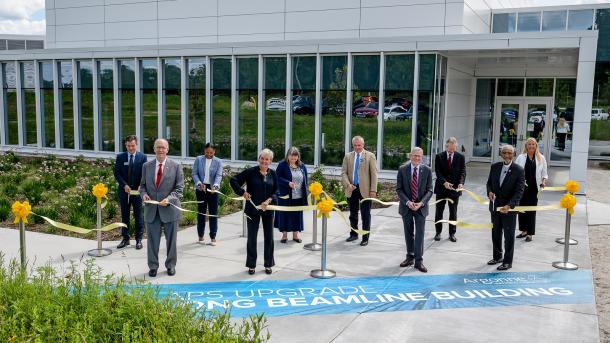 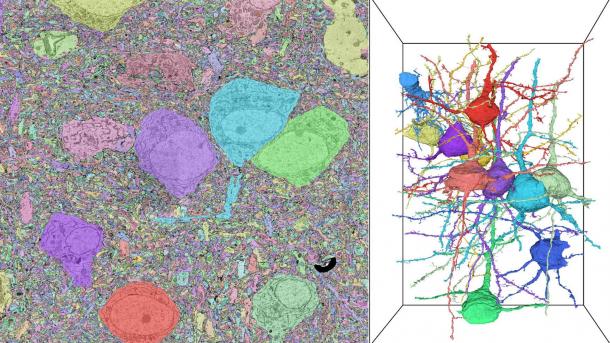 Mapping the brain and connecting neural structure to mental function