Promoting communication between the Air Force and Argonne, encouraging collaborations that benefit the departments of Energy and Defense.

Each year, two fellows are placed at Argonne for the prestigious one-year national program to conduct research on an area of their choice. Fellows are selected through a rigorous review based on merit, rank in their respective career fields, and education and experience relevant to Argonne’s mission.

The Air Force Fellows program maintains and strengthens a longstanding relationship between the laboratory and Air Force, and reinforces the key role played by Argonne’s National Security Programs. 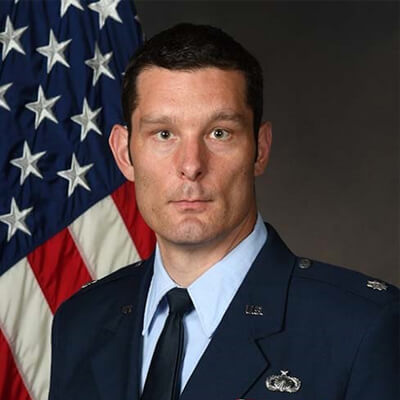 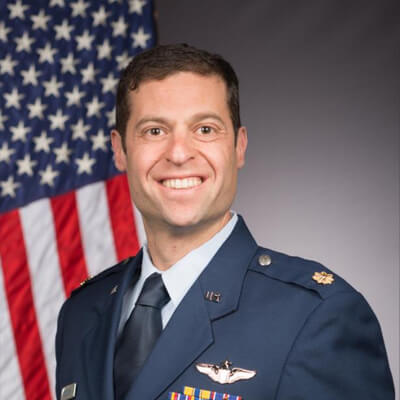 Major Daniel S. Edelstein is the Assistant Director of Operations for the 418th Flight Test Squadron, Edwards AFB, CA. He directs flight operations for the 292-member Global Reach Combined Test Force, executing developmental test across five different aircraft types. During his tenure in the 418th Flight Test Squadron, Major Edelstein was instrumental in the certification of the USAF’s new tanker replacement, the KC-46A.

Maj. Edelstein earned his commission in 2007 graduating from the United States Air Force Academy in Colorado Springs, CO. After completing Undergraduate Pilot Training in 2008, he was assigned to the 4th Airlift Squadron to fly the C-17A aircraft, where he held several ratings and positions culminating in Chief Executive Officer and Instructor Pilot. He was then assigned to the 58th Airlift Squadron where he held several positions culminating in Flight Commander and C-17 Formal Training Unit Evaluator Pilot. Maj. Edelstein graduated from the U.S. Air Force Test Pilot School at Edwards AFB in 2016 and was assigned to the Global Reach Combined Test Force as an Experimental Test Pilot for the C-17 and KC-46. He received his master’s degree in physics from the University of Washington and a bachelor’s degree in physics from the United States Air Force Academy. 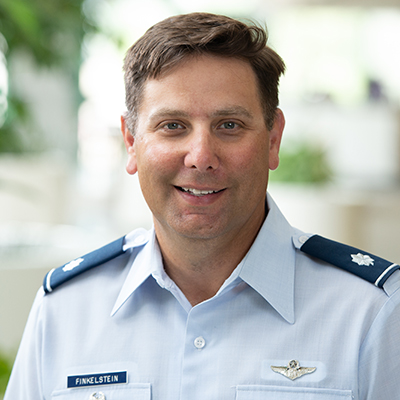 Lt. Col. Finkelstein earned his commission from University of Kentucky Reserve Officer Training Program in 1998. He was assigned to the 49th Test Evaluation Squadron where he was responsible for planning, executing, and analyzing live-fire weapons tests for the F-15E, F-16, B-52, and B-2 aircrafts. Lt. Col. Finkelstein has been deployed to Africa, Europe, Southwest Asia, Iraq, and Afghanistan and supported Operation Iraqi Freedom and Operation Enduring Freedom. Lt. Col. Finkelstein holds a master’s degree in applied mathematics and statistics and a doctorate in systems engineering from University of Virginia. 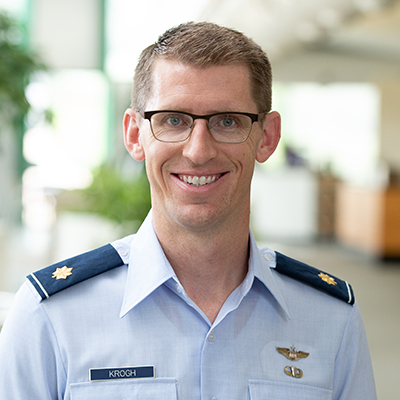 Major Kyle J. Krogh is Commander of the 40th Flight Test Squadron, Detachment 1, at Davis-Monthan Air Force Base (AFB), Arizona. He leads a team of 23 military, civilian, and contractor personnel in the developmental and experimental testing of the A-10C aircraft with the Air Force Test Center. They work with the Air Force Reserve Command Air National Guard Test Center sharing assets and synergizes developmental, operational testing, and modernization of the A-10C.

Maj. Krogh received his commission from the Unites States Air Force Academy in 2007, where he studied aeronautical engineering. He holds a Master of Science degree in aeronautics and astronautics from University of Washington. After attending Euro-NATO Joint Jet Pilot Training, he served as an operational A-10 flight lead and Forward Air Controller (Airborne) at Osan Air Base, Republic of Korea and Moody Air Force Base, Georgia. Maj. Krogh completed one deployment in support of Operation Enduring Freedom, flying 102 combat missions in support of U.S. and coalition ground forces. 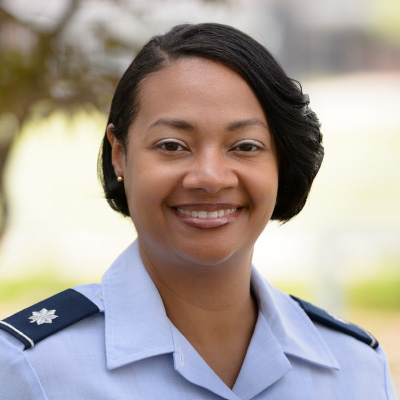 Lieutenant Colonel Shamekia Toliver is the commander, 7th Civil Engineer Squadron, 7th Mission Support Group, 7th Bomb Wing, located at Dyess Air Force Base, Texas. She commands an engineer force of 315 military and civilians spread over six diverse flights responsible for the effective operation and maintenance of a $2.9B physical plant supporting B-1B and C-130J weapon systems.  As base fire marshall, she is responsible for all crash, fire and rescue services. Additionally, she is responsible for explosive ordnance disposal operations in support of assigned aircraft, the U.S. Secret Service and other federal agencies.

Toliver entered the Air Force in 1994 as an airman in the Enlisted Corps. She was selected for the Airman Scholarship Commissioning Program and gained her commission in 2002 through the Reserve Officer Training Corps.  She holds a Master of Science degree in civil engineering and also holds a special experience identifier as a board certified and licensed professional engineer. Toliver is a native of Chicago.

Major Mason W. Kehs is the wing weapons officer for the 36th Wing at Andersen Air Force Base (AFB), Guam. He is responsible for ensuring the wing integrates both tenant and deployed flying squadrons into USPACOM Operational Plans. He also oversees the planning and execution of Continuous Bomber Presence missions, Operation Noble Eagle and various large force exercises that occur at Andersen AFB.

Kehs received his commission from the University of Illinois Reserve Officer Training Corps program in 2007, where he was a distinguished graduate. He earned his wings at Sheppard AFB, Texas in 2007. Kehs has served in three operational B-52 squadrons, performing duties in resource management, standardization and evaluation, training and tactics. In 2011, he deployed to Guam in support of the Pacific Continuous Bomber Presence mission. In 2014, he completed the USAF Weapons School as a distinguished graduate. 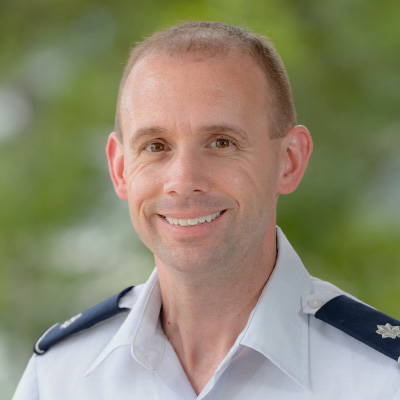 By the time he arrived at Argonne, Snyder was a senior acquisition officer, flight test engineer, and program manager with more than 21 years in Air Force engineering, acquisition, and leadership positions. A Distinguished Graduate of the United States Air Force Test Pilot School, he had directed more than 130 flight test missions. Snyder’s work at Argonne focused on metal additive manufacturing (AM), particularly related to qualifying and certifying parts intended for aviation or aerospace use. He spent his fellowship year studying in situ methods for AM process control, and he worked with Argonne, Air Force, and General Electric scientists to develop the next research phase for studying microstructure evolution inside metal AM parts through X-ray imaging and diffraction at Argonne’s Advanced Photon Source. Snyder was promoted to the rank of Colonel during his tenure at Argonne. 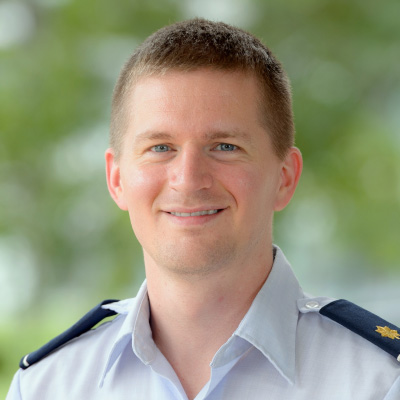 Before his year at Argonne, Richardson had served twelve years as an Air Force pilot. He was an operational F-16 instructor pilot for four of those years, including a deployment to Afghanistan to provide close air support to the Army. He then worked as an F-16 operational test instructor pilot and project manager, doing tactical testing of new hardware and software in operationally relevant environments. Finally, he was an F-16 developmental test evaluator pilot, where he was the first to fly a variety of new hardware and software to examine its functionality. Richardson spent his year at Argonne studying and writing code for machine learning with a focus on applications useful for the detection of unmanned aerial systems. To that end, he programmed a low-cost computer and video camera to track airborne objects and to identify drones in places where they may pose a security concern. 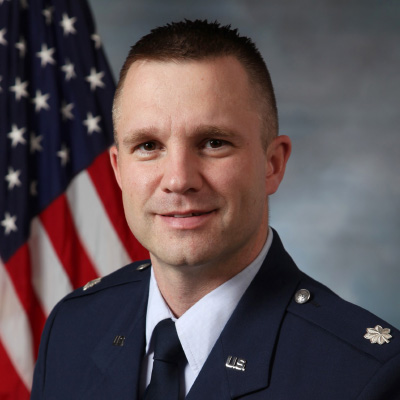 At the time of his fellowship, Gamble was a senior acquisition officer, program manager, and aerospace engineer with more than 18 years of experience in Air Force acquisition programs ranging from nuclear ballistic missiles and nuclear bombs to Air Force fighter and conventional weapons programs. While at Argonne, he conducted an analysis of the current and future state of nanomaterial science with a focus on specific areas of interest for the Air Force. Gamble helped pioneer the first atomic-level study of friction between sexiphenyl and graphene nanoribbons, and through his work made a meaningful contribution to the nation’s understanding of basic energy science. 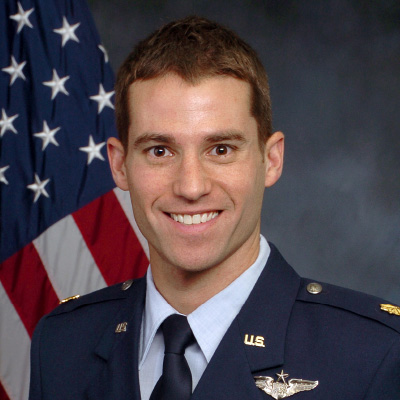 When his fellowship year began, Levene was a combat-experienced Experimental Test Weapons Systems Officer with more than 1,300 flight hours in the F-15E and nearly 30 other military and civilian aircraft. A Distinguished Graduate of the United States Air Force Test Pilot School, he had flown test missions covering software, radar and engine testing, envelope expansion, electronic warfare system testing, hardware compatibility and environmental testing, human factors analysis, and testing of both fielded and unfielded air-to-air and air-to-ground weapons. Levene used his time at Argonne to take a ​“deep dive” into the opportunities and challenges associated with developing innovative technology for defense and, in just one year at the laboratory, helped advance the country’s understanding of basic energy science. 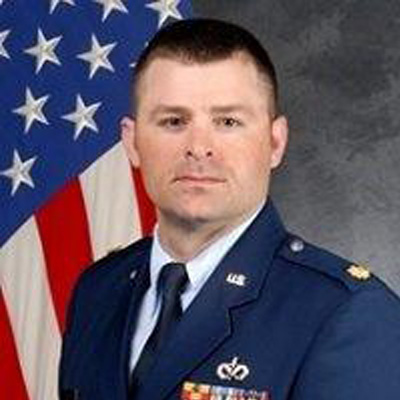 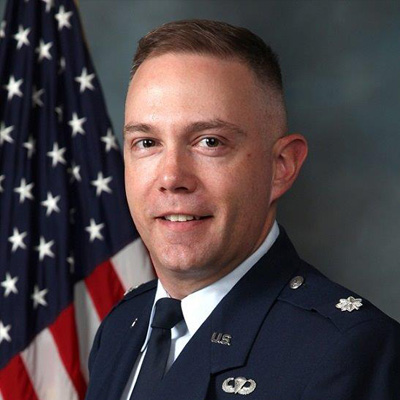 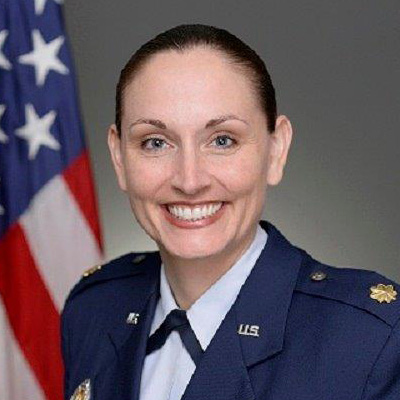 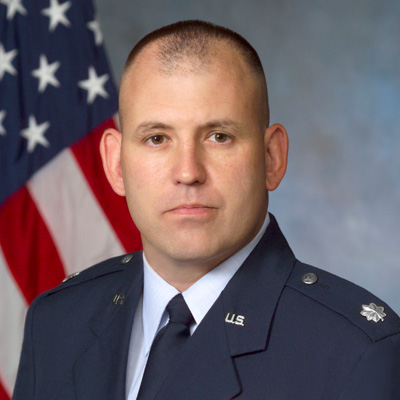 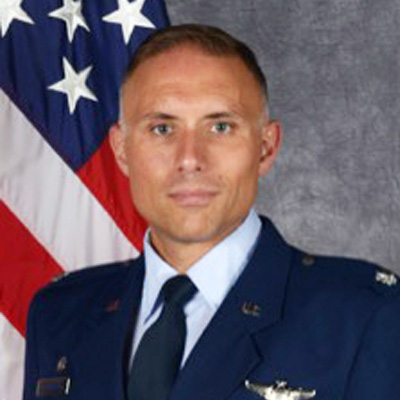 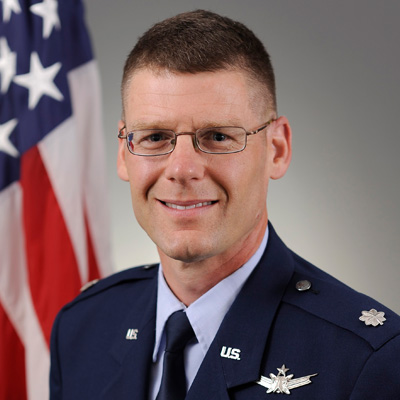 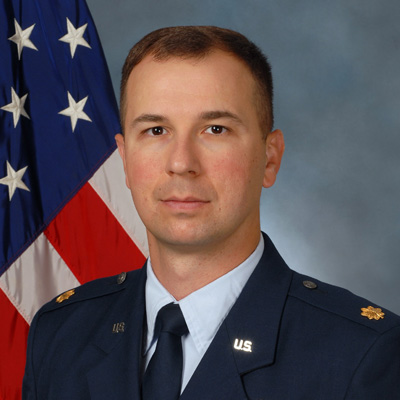 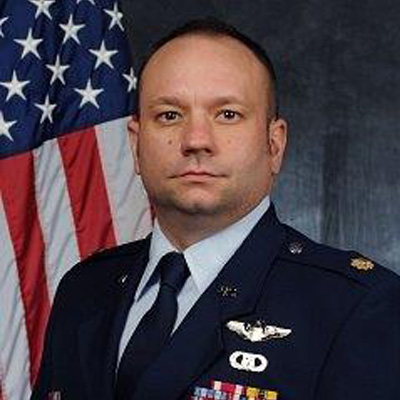 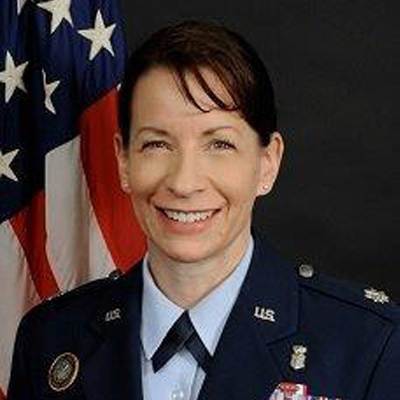 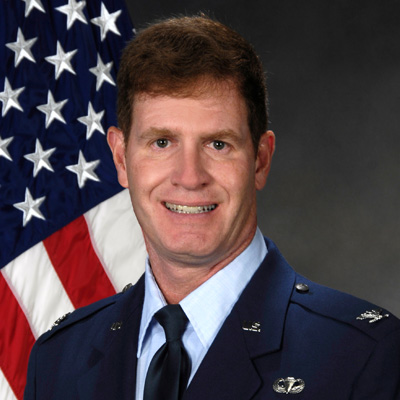 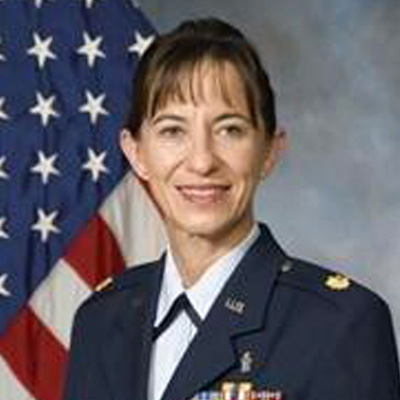 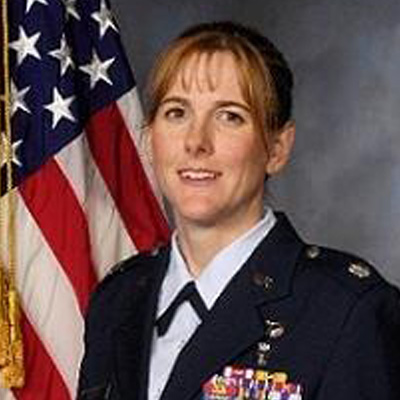 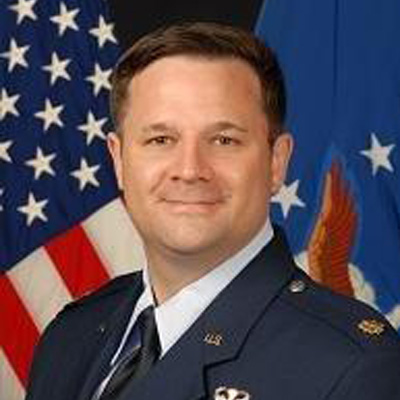 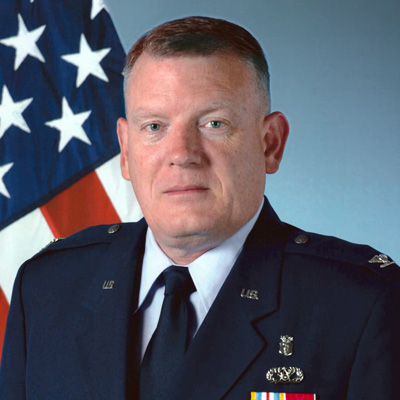 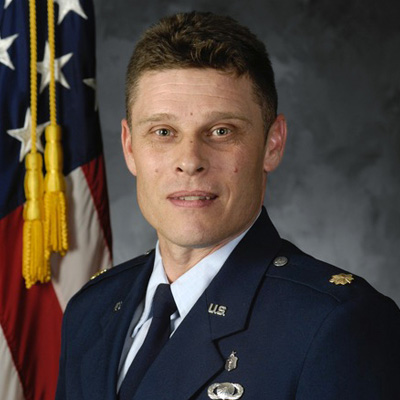 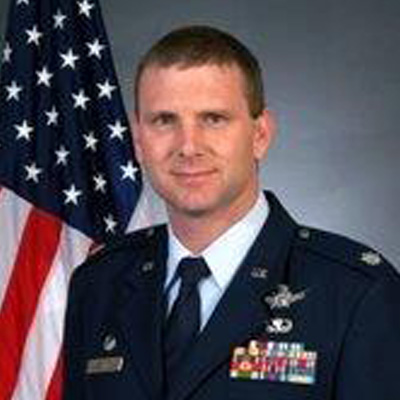 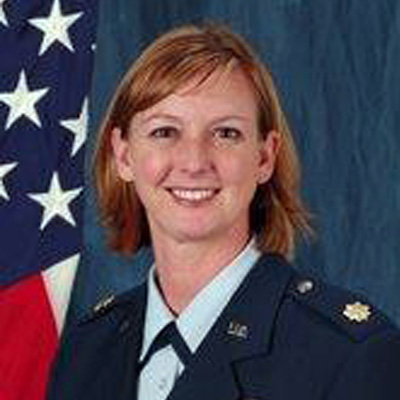 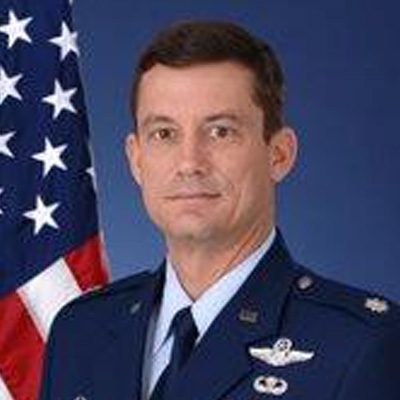 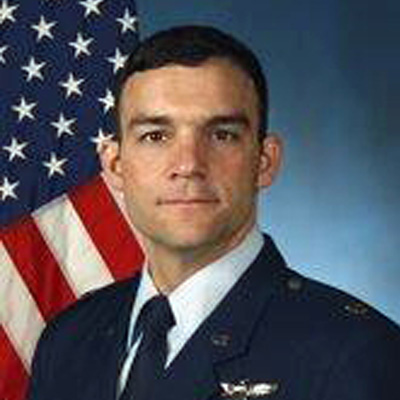 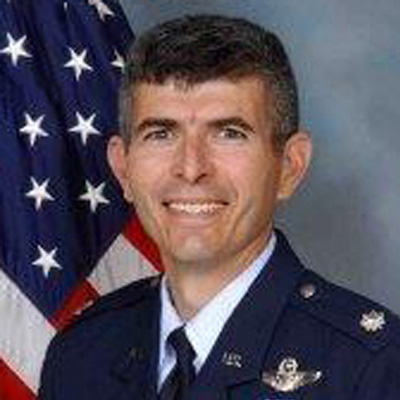 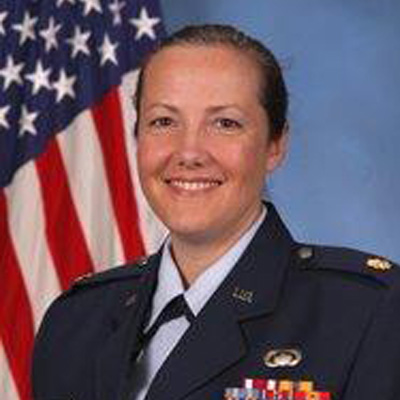