A U.S. Army veteran living with post-traumatic stress disorder (PTSD) was presented with an Australian shepherd service dog on Sept. 25, the result of roughly five years of fundraising by an employee group at the U.S. Department of Energy’s (DOE) Argonne National Laboratory.

“Since we started, we have had the goal to raise $5,000 to fund a service dog,” said Diana Morgan, U.S. Air Force veteran, Strategic Operations lead in the Science and Technology Partnerships and Outreach division and co-founder of the Veterans Employee Resource Group (ERG) at Argonne.

This summer the Veterans ERG reached its five-year, $5,000 fundraising goal to provide a service dog through K9s for Veterans, with any excess funds donated to the non-profit.

Harvey, an Australian shepherd (a breed known for its intelligence and trainability), was presented to Alexis Kent, a U.S. Army veteran from Plainfield, IL, at a K9s for Veterans dedication event held Saturday, Sept. 25, at the American Legion Post in Plainfield.

“It’s been a great way to bring the Argonne community of veterans together to support a common cause” — Morgan said.

The presentation of Harvey was in honor of U.S. Army veteran Joshua D. Klecka, who died in 2016 after suffering from PTSD. Klecka is the son of William Burns, a Veterans ERG member and master optician at Argonne.

“Our family is truly grateful and honored,” Burns said.

Morgan and Ed Schmitt, a U.S. Marine Corps veteran who provides technical support at experimental facilities at Argonne, founded the Veterans ERG in August 2016. Burns floated the idea of funding a service dog for a veteran suffering from PTSD shortly after. After investigating and deciding to pursue the idea as a means of community service, the group started collecting donations at Argonne events and, once the COVID-19 pandemic halted those events, on a GoFundMe page.  The goal was to collect $1,000 a year over five years.

“This effort was very much in line with Argonne’s core values of impact, safety, respect, integrity and teamwork, and provided an opportunity for the Veterans ERG to support a local veteran in need,” said Greg Morin, U.S. Navy veteran, Veterans ERG executive sponsor and director of the Office of Strategy, Performance, and Risk at Argonne.

Service dogs help veterans suffering from PTSD by warning if a trigger event is about to occur and calming them during stressful situations, Morgan said. A service dog can also make a self-conscious veteran with PTSD more comfortable going out in public, because attention is placed on the dog and not on the veteran, said Michael Tellerino, a U.S. Army veteran as well as the CEO and founder of K9s for Veterans.

“They make getting through the day so much easier,” Tellerino said.

According to one study, ​“23% of veterans who return home have PTSD,” he said.

Every year, K9s for Veterans provides about a dozen dogs to veterans. The Chicago-based organization, founded in 2015, has also made its mark with The Forgotten Warrior Memorial in Channahon, IL, which is composed of black granite pillars, one for each branch of the military, and pays tribute to veterans afflicted with PTSD who committed suicide.

The $5,000 raised by Argonne’s Veterans ERG covers the cost of training the service dog, Tellerino said. Any additional funds from Argonne Veterans ERG and the ticket price beyond the cost of the event will be used for expenses such as food and veterinary care, he said. K9s for Veterans is unique in that it not only provides a veteran afflicted with PTSD with a service dog, but it also provides a lifetime supply of food and veterinary care for each service dog.

“It’s been a great way to bring the Argonne community of veterans together to support a common cause,” Morgan said. 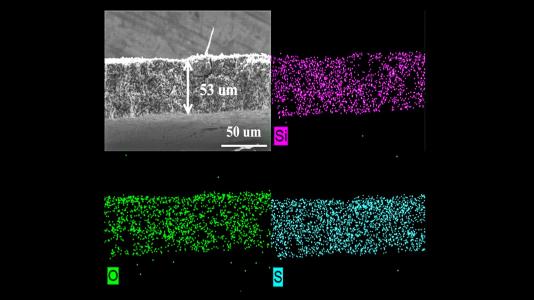