The American Chemical Society (ACS) has awarded Alfred P. Sattelberger, a scientist at the U.S. Department of Energy’s (DOE) Argonne National Laboratory, the ACS Award for Distinguished Service in the Advancement of Inorganic Chemistry.

The award recognizes Sattelberger’s outstanding contributions to early transition metal and actinide chemistry and a track record of building innovative inorganic chemistry programs at two national laboratories, Argonne and Los Alamos National Laboratory. The award also recognizes Sattelberger’s significant and sustained contributions to inorganic chemistry, his service as a global ambassador for the field and his leadership in its advancement. Sattelberger’s research also developed starting materials that made it possible to explore new types of chemical reactivity, such as the activation of molecular hydrogen or molecular nitrogen.

“Al has served as a great mentor for many of us at the Lab. This award recognizes his contributions to inorganic chemistry as well as his reputation in the field.” — Kawtar Hafidi, associate laboratory director, PSE

Sattelberger served as an associate laboratory director at Argonne from 2006 to 2014 and has since served in multiple scientific leadership and intelligence roles at the lab. Currently, he is an Argonne associate in the Chemical Sciences and Engineering division.

“Al has served as a great mentor for many of us at the Lab,” said Kawtar Hafidi, associate laboratory director for Phyical Sciences and Engineering (PSE) at Argonne. ​“This award recognizes his contributions to inorganic chemistry as well as his reputation in the field.”

In his roles at Argonne, Sattelberger worked to establish relationships and foster collaborations between researchers, the DOE, universities and other national laboratories. His efforts, including securing funding for new research facilities, ensured the continuation of groundbreaking research and bolstered Argonne’s position as a leading research laboratory.

“I am honored to receive this award from the American Chemical Society,” Sattelberger said. ​“I am grateful to be recognized by my colleagues in inorganic chemistry. I especially thank Argonne, Los Alamos and the national laboratory community for support throughout my career.”

The award was presented at the ACS Spring 2022 conference in San Diego. More information on the ACS and the award can be found here.

What inspired you to pursue your line of research?

A Rutgers College chemistry professor in the late-60’s. She thought I had the makings of a good synthetic inorganic chemist which turned out to be true. Another thing that attracted me to the field was the variety of colors in inorganic chemistry. Reactions are often accompanied by a change of color, and you can tell if something good happened with your eyes. I liked that. 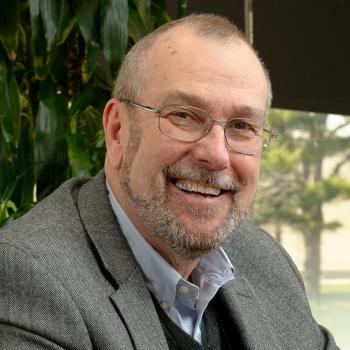 Spending time with my family is #1. I also enjoy golf and I’ve been fortunate to play courses all over the country. Finally, I am a fan of 1960’s music —- my favorite groups are the Beatles and Fleetwood Mac.