By
Andre Salles
|
June 24, 2020
A team of researchers simulated conditions on water-rich exoplanets in the laboratory and learned something surprising about their geological composition.

Out beyond our solar system, visible only as the smallest dot in space with even the most powerful telescopes, other worlds exist. Many of these worlds, astronomers have discovered, may be much larger than Earth and completely covered in water — basically ocean planets with no protruding land masses. What kind of life could develop on such a world? Could a habitat like this even support life?

A team of researchers led by Arizona State University (ASU) recently set out to investigate those questions. And since they couldn’t travel to distant exoplanets to take samples, they decided to recreate the conditions of those water worlds in the laboratory. In this case, that laboratory was the Advanced Photon Source (APS), a U.S. Department of Energy (DOE) Office of Science User Facility at the DOE’s Argonne National Laboratory.

“People hardly think about astrophysics when talking about an X-ray facility. But we can use a facility like the APS to understand an object too distant for us to see.” — Dan Shim, associate professor, Arizona State University

What they found — recently published in Proceedings of the National Academy of Sciences — was a new transitional phase between silica and water, indicating that the boundary between water and rock on these exoplanets is not as solid as it is here on Earth. This pivotal discovery could change the way astronomers and astrophysicists have been modeling these exoplanets, and inform the way we think about life evolving on them.

Dan Shim, associate professor at ASU, led this new research. Shim leads ASU’s Lab for Earth and Planetary Materials and has long been fascinated by the geological and ecological makeup of these distant worlds. That composition, he said, is nothing like any planet in our solar system — these planets may have more than 50% water or ice atop their rock layers, and those rock layers would have to exist at very high temperatures and under crushing pressure.

“Determining the geology of exoplanets is tough, since we can’t use telescopes or send rovers to their surfaces,” Shim said. ​“So we try to simulate the geology in the lab.”

How does one do that? First, you need the right tools. For this experiment, Shim and his team brought their samples to two APS beamlines: GeoSoilEnviroCARS (GSECARS) at beamline 13-ID-D, operated by the University of Chicago, and High-Pressure Collaborative Access Team (HPCAT) at beamline 16-ID-B, operated by Argonne’s X-ray Science Division.

The samples were compressed in diamond anvil cells, essentially two gem quality diamonds with tiny flat tips. Place a sample between them and you can squeeze the diamonds together, increasing the pressure.

“We can raise the pressure up to multiple millions of atmospheres,” said Yue Meng, a physicist in Argonne’s X-ray Science Division and a co-author on the paper. Meng was one of the main designers of the techniques used at HPCAT, which specializes in high-pressure, high-temperature experiments.

“The APS is one of the few places in the world where you can conduct this kind of cutting-edge research,” she said. ​“The beamline scientists, technicians and engineers make this research possible.”

The pressure of exoplanets, Shim said, can be calculated, even though the data we have on these planets is limited. Astronomers can measure the mass and density, and if the size and the mass of the planet are known, the right pressure can be determined.

Once the sample is pressurized, infrared lasers — which can be adjusted to smaller than the width of a human blood cell — are used to heat it up. ​“We can bring the sample up to thousands of degrees Fahrenheit,” said Vitali Prakapenka, a beamline scientist at GSECARS, a research professor at the University of Chicago and a co-author on the paper. ​“We have two high power lasers that shine on the sample from both sides precisely aligned with an ultra-bright APS X-ray probe and temperature measurements along the optical paths with a sub-micron accuracy.”

Once the sample is pressurized and heated up, the APS’ ultra-bright X-ray beams (which can see through the diamonds and into the sample itself) can allow scientists to take snapshots of atomic scale structure changes during the chemical reactions as they happen. In this case, Shim and his team immersed a small amount of silica in water, increased the pressure and temperature, and monitored how the materials would react.

What they discovered is that at high temperature and pressure of about 30 gigapascals (about 300,000 times the standard atmospheric pressure on Earth), the water and rock start to merge.

“If you were to build a planet with water and rock, you would assume that the water forms a layer above rock,” he said. ​“What we found is that is not necessarily true. With enough heat and pressure, the boundary between rock and water becomes fuzzy.”

This is a new idea that will need to be incorporated into models of exoplanets, Prakapenka said.

“The main point is that it tells the people modeling the structure of these planets that the composition is more complicated than we thought,” Prakapenka said. ​“Before we believed that there was a separation between rock and water, but based on these studies, there is no sharp boundary.”

Scientists have conducted similar experiments before, Shim said, but those were predicated on an Earth-like setting with smaller increments of water. Observing this new phase transition gives modelers a better idea about the actual geological makeup of water-rich exoplanets, and also insights into what kinds of life might call those exoplanets home.

“It’s a starting point to build the way chemistry works on these planets,” Shim said. ​“How water interacts with rock is important for life on Earth, and therefore, it is also important to understanding the type of life that might be on some of these worlds.”

Shim acknowledges that this research is not the first thing one might picture when thinking about a light source like the APS. But it’s exactly that diversity that he said is an advantage of large-scale user facilities.

“People hardly think about astrophysics when talking about an X-ray facility,” he said. ​“But we can use a facility like the APS to understand an object too distant for us to see.”

This work is supported by grants from the National Science Foundation (NSF), National Aeronautics and Space Administration (NASA) and the Keck Foundation. 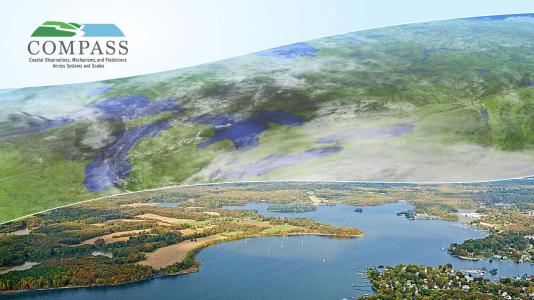 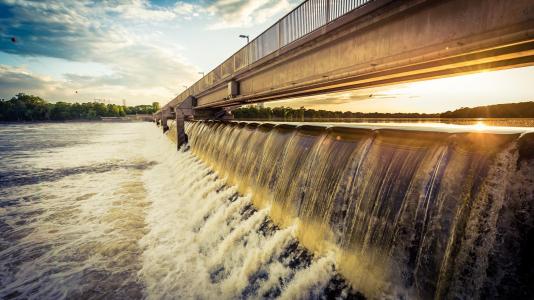