By
Phil Koth and JD Amick
|
August 4, 2020
Unraveling the centuries-old processes behind cement production can lead to sturdier and more cost-effective concrete.

Cement is a mineral-based material that binds together sand and rock to form concrete. Although the use of cement stretches back into antiquity, scientists are still unclear on the exact process by which it transforms from a fresh paste into a solid. Better understanding of this transition could lead to developments in strengthening concrete as well as lowering its overall cost.

To shed light on this process, researchers at Oklahoma State University, Princeton University, and the U.S. Department of Energy’s (DOE) Argonne National Laboratory used complementary imaging methods to continuously monitor changes in cement. The study was performed on Portland cement, the world’s most popular type, made by mixing limestone with minerals containing aluminum, iron, sulfur and other elements.

“You need more than just your sense of sight. You need to see the structure of the materials and know their composition.” — Argonne physicist Volker Rose.

The researchers carried out the imaging using the hard X-ray nanoprobe, a beamline jointly operated by Argonne’s Center for Nanoscale Materials (CNM) and Advanced Photon Source (APS). Both CNM and APS are DOE Office of Science User Facilities.

The hard X-ray nanoprobe is able to resolve both the structure and chemical composition of materials at an incredibly small scale. The experiments allowed for 3D imaging of particles at multiple length scales, from micron-sized to nano-sized particles.

“You need more than just your sense of sight,” said Argonne physicist Volker Rose, a co-author of the study published in the journal Construction and Building Materials. ​“You need to see the structure of the materials and know their composition.”

Adding water to cement initiates a cascade of complex chemical reactions collectively referred to as ​“hydration.” During hydration, the cement begins as a slurry and increasingly hardens over time as different types of mineral compounds are formed. Recording the changes to large numbers of particles over the first few hours of hydration allowed the researchers to draw important inferences about the mechanisms driving cement hydration.

The researchers also drew a number of broad conclusions from the accumulated 3D images and measurements of particle composition. For instance, while both micron-scale and nano-scale particles exhibit uneven growth and dissolution on their surfaces, larger particles tended to accumulate minerals containing heavier elements, while the surfaces of smaller particles mostly exhibited mineral dissolution.

Traditional studies have most often measured the large-scale physical and chemical properties of cement as it hardens. For instance, temperature measurements show that hydration initially produces considerable heat for several minutes (known as the induction period) before falling to a minimum after an hour or so, and then rapidly rising again (known as the acceleration period). Likewise, by examining cement samples extracted at various stages of hydration, chemists have identified the formation of many different types of minerals during the process.

Scientists have also examined cement at the microscopic scale using techniques such as electron and X-ray microscopy. To do this, scientists stop the hydration process with alcohol or acetone to remove water prior to imaging.

Unfortunately, studying the larger-scale properties of cement during hydration cannot provide details about the microscopic mechanisms driving the process. Conventional microscopy methods have also proven to be inadequate. For one, applying a drying agent to halt hydration can alter the cement’s microscopic structure and chemistry. Moreover, many X-ray techniques cannot fully penetrate the mineral sample, and particle movement during hydration has largely frustrated 3D imaging attempts due to the required hours-long exposure times. The inadequacies of previous investigations have left many fundamental questions unanswered, particularly about the induction and acceleration periods of hydration.

The advanced imaging techniques (fast-computed tomography and nano-computed tomography) used in this study allowed observation of the hydration process from the micron- to nano-scale. These imaging techniques relied on the highly penetrating power of the CNM/APS hard X-ray nanoprobe, which required only seconds to obtain a 3D data set, and was possible because of advances in X-ray detector and the high photon ﬂux afforded by the APS. A new 3D image was produced every 10 minutes over approximately 15 hours of sample hydration. In total, some 60,000 images were acquired.

Scientists hope that the conclusions drawn from this study and similar imaging techniques will improve control over the induction and acceleration phases of cement. With greater control over the phases of hydration, one can create more durable, more cost-effective and task-specific concrete.

“It’s through the synergy of the scientists at the APS and the CNM, the sharing of their expertise, that we are able to gain insights into nanoscale materials research,” explained Rose.

Exascale and the city 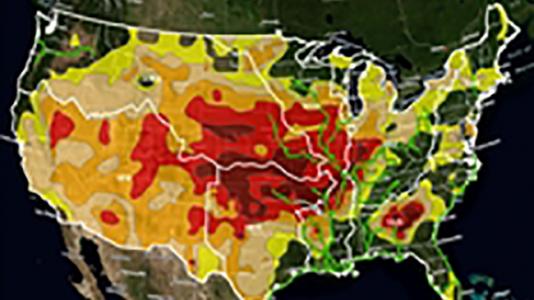 Science in the 1000 most common words