A pioneering leader in high-performance supercomputing, the U.S. Department of Energy’s Argonne National Laboratory leverages its computing capabilities to advance scientific research yielding significant impact on the everyday lives of Americans and others around the globe.

Argonne is home to several computers considered among the most powerful in the nation. Mira, a 10-petaflops IBM Blue Gene/Q system, is capable of 10 quadrillion calculations per second. And Theta, an 11.69-petaflops Intel/Cray system, is faster yet, facilitating breakthrough computational science and engineering research.

Greater computer speed offers broader, deeper, and faster research potential. Enter exascale, a still theoretical but highly promising giant leap for supercomputing. Exascale will enable scientists and engineers to expand beyond traditional simulation-based research to include data science and machine learning approaches — a fundamental shift in the use of emerging computing technologies for analysis and discovery.

Argonne is in the forefront of the effort to make exascale a reality. In March 2019, Argonne, the U.S. Department of Energy (DOE), Intel Corporation and Cray Inc. announced that Aurora, to be the first exascale supercomputer in the United States, will be delivered in 2021.

Aurora will further advance and accelerate scientific research and discovery by harnessing an unprecedented convergence of high-performance computing and artificial intelligence. The supercomputer’s architecture will support machine learning and data science alongside traditional modeling and simulation workloads, enabling researchers to tackle new types of problems and bring enhanced capabilities to the study of existing ones. The impact and applications for Aurora could include improved extreme weather forecasting, accelerated medical treatments, advances in material sciences, and better understanding of astrophysics phenomena, such as deeper exploration of the beginnings of the universe.

The Computer That Will Change Everything

Eight years in the making, Aurora, a powerful new machine at Argonne National Laboratory, could help solve some of the most pressing questions of our time. Welcome to the new era of supercomputing.
January 31, 2023 | Supercomputing, Aurora, exascale 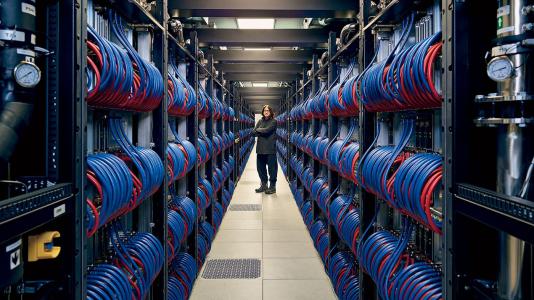 Supercomputer Aurora 21 will map the human brain, starting in 2021

Supercomputer Aurora 21 will map the human brain, starting in 2021